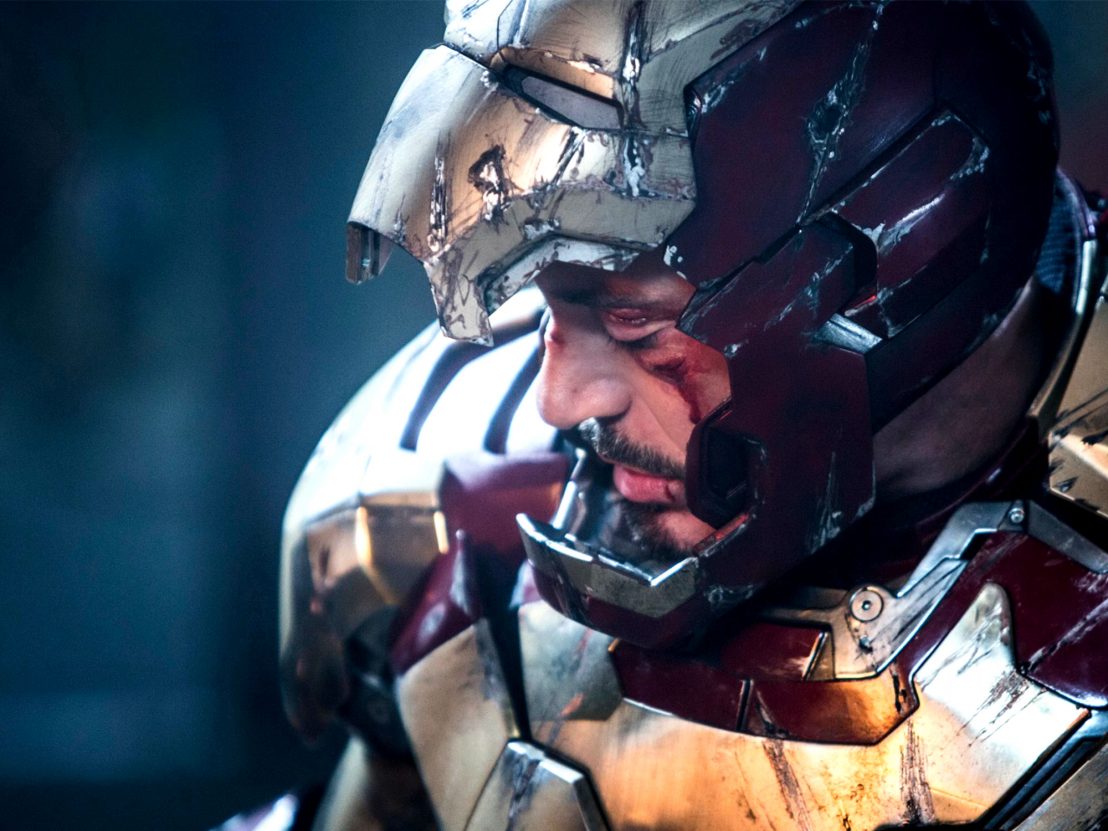 “I am Iron Man.” Four words that changed the superhero film genre for good. With 2008’s Iron Man, director Jon Favreau and Marvel Studios gave audiences something they’d rarely seen before on the big screen: a superhero who doesn’t hide their identity. For decades, the superhero was a caped silhouette, standing tall, god-like. But in recent years the Marvel Cinematic Universe has offered characters that both complement and complicate that image.

Iron Man, aka Tony Stark, made his solo comic book outing in 1968’s ‘The Invincible Iron Man’. In contrast to the character depicted in this series, the films show a complex, multi-faceted Stark who is anything but invincible. At a time when mental health is being discussed more openly than ever before, with one in six young people likely to experience anxiety and depression at some point in life, imperfect heroes couldn’t have come at a better time.

In Favreau’s Iron Man, after inheriting Stark Industries from his late father, our hero is brought face to face with the horrifying global impact of his company’s work. When he is kidnapped and forced to build a devastating weapon, he is made to see the realities of how he made his living. It was while being held hostage that he designed his first Iron Man suit as a means of escape.

Stark’s anxiety manifests itself as a need to be in complete control. He laments to Pepper Potts (Gwyneth Paltrow) in Iron Man 3, “You experience things, and then they’re over, and you still can’t explain them.” As an engineer, he breaks practical problems down into smaller ones that he can solve piece by piece. It’s much harder to do that with his mind. Stark can’t process a problem he can’t fix with a few metal pieces or wires, and he runs from this realisation his whole life.

In Iron Man 3, Stark has his first anxiety attack. The film directly follows the events of The Avengers, during which Stark flies into a wormhole in New York City to destroy it with a missile. As he enters the wormhole, J.A.R.V.I.S. suggests that he call Pepper; Stark knows what this means and is fully prepared to say goodbye.

This experience plagues him throughout the subsequent films. He feels completely unprepared, believing that if he faces a threat on that scale again he will let everyone down. Colonel Rhodes (Don Cheadle) informs Stark of a recent bombing but, as he does so, the background noise around Stark begins to build up, triggering flashbacks to the attack on New York. He bolts out of the café and, out of breath, steps into his suit just as his knees buckle under him. Frantically, Stark asks J.A.R.V.I.S, “Check my heart. Is it the brain? Was I poisoned?” When he’s told that he suffered a severe anxiety attack, Stark is in disbelief: “Me?”

Stark’s persistent denial that a person such as himself could deal with any form of mental illness speaks to his desire to fix everything. Instead of sleeping or spending time with Pepper, he devotes himself entirely to building new suits, new weapons, new lines of defence. Back in the café, when Rhodes expresses his concern, Stark retorts, “Einstein slept three hours a year, look what he did.” While those closest to him think he has built 10 or 15 suits in total, in his basement Tony is working on a Mark 42. He’s no longer just anxious – he’s obsessive.

In Age of Ultron, when Scarlet Witch (Elizabeth Olsen) shows Tony his darkest fears, he sees the Avengers dead before his feet – and it’s his fault. In Captain America: Civil War, when brought face to face with the destruction he and his team always leaves behind, Stark can’t live with the guilt and so he signs the Sokovia Accords, a piece of legislation requiring all superheroes to reveal their secret identities and disclose their powers. Stark constantly fears the day he lets down those he loves, and he deals with it by retreating from them to build them as much protection as he can.

Of course, one rich white man’s battle with mental illness isn’t going to resonate with everyone. But it’s important that Stark is not portrayed as a wholly good individual: he can be selfish, arrogant, an egomaniac. Sometimes, he’s even framed as an antagonist. The villainous Ultron is literally the product of Stark’s ego; blinded by progress he builds a sentient weapon that nearly kills millions and results directly in the drafting of the Sokovia Accords. You could go as far as calling Tony Stark an anti-hero – that is what makes him such a compelling character. No matter how privileged a person is, they can still be affected by anxiety, depression and other forms of mental illness.

Tony Stark is an authentic and complicated hero, someone who can seemingly build anything and is willing to stand up to the world’s greatest evils – often alone – but who is still vulnerable, compulsive and obsessive, and who deals with the same inner demons we all must face. His arc has continuously evolved during the decade-long expansion of the MCU; perhaps now he is finally coming to terms with the fact that he can’t save everyone. This sentiment echoes his own words way back in the Avengers. “If we can’t protect the world, you can be damn well sure we’ll avenge it.”