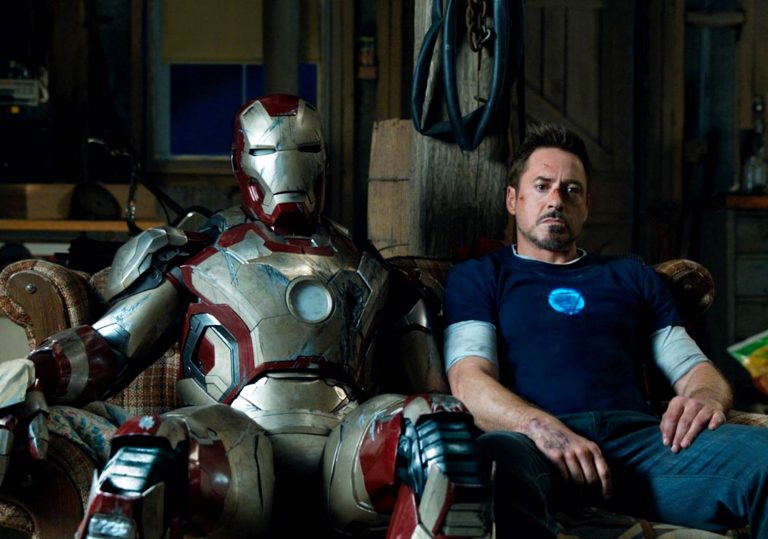 Iron Man is certainly a charmer, but this franchise was on a downward slope.

Always lunges for the quick points over the long game, but still the best entry into this series.

It’s the meta superhero movie we’ve all been waiting for.

The superhero movie gets a Dickensian meta-comedy treatment care of writer/director Shane Black.

Prior to discussing the particulars of this movie, let’s attempt to pin down the continuing allure of the Iron Man character. There’s a certain sub-set of superhero movie which requires us to sympathise with affluent, middle-aged, immaculately dressed and coifed men who have more money than they know what to do with. These men spend much of their down-time ensconced in a tastefully decor’d mancave struggling to concoct innovative ways to dispense of their wealth so they might protect the frail, impotent masses.

Bruce Wayne is afforded his Dark Knight status by sheer dint of his whopping financial inheritance. The X-Men are personally plucked from obscurity so their potential can be harnessed by a private peace-keeping enterprise. Thor comes from royal stock, in a manner of speaking. Their blight derives from an abundance of means. It’s not what they can do. It’s what they have time to do.

Iron Man’s louche, geometrically-goatee’d Tony Stark embodies perhaps the most troubling incarnation of the super rich-businessman-as-self-styled-crusader. The satirical depths of his character penetrate through the realms of generic comic book fantasy. First appearing in the early 1960s, he could be seen as a latter-day incarnation of Don Draper, with the libertine tendencies of his public persona giving way to deep-set existential malaise. He also encapsulates the culture of corporate excess of the ’80s and ’90s, a Reaganomics poster child whose wealth fuels his own sense of macho daredevil grandstanding.

Yet his super status was born – or rather its necessity became manifest – on the back of greed. Prior to any spurious anti-militarist epiphanies featured in the first two Iron Man movies, Stark Industries was a heartless munitions manufacture, and the Iron Man costume was produced foremost as a weapon rather than a deterrent. A portion of Stark’s continuing project appears to be to right the wrongs of his fiscally lascivious past, to produce complex military hardware in a bid to apologise for his earlier follies.

In Iron Man 3, directed and co-written by Shane Black, Stark Industries no longer does weapons stuff. Robert Downey Jr’s playboy CEO/pathfinding mechanic has even ceded the reigns of the company over to his other half, Pepper Potts (Gwyneth Paltrow).

Yet instead of funnelling his vast knowledge of engineering into something that might help the human race, he uses it for personal gains: to make himself omnipotent. Per Black’s own admission, this franchise sequel offers a loose retelling of Dicken’s ‘Christmas Carol’ as Stark is given a sharp, tri-tiered reminded of his emotional priorities by the onslaught of a molten, megalomaniacal think tank stooge in the shape Guy Pearce. But forgiving the sins of the super rich is no easy task and Tony Stark is no Ebenezer Scrooge. Plus, we’re at the point now where it’s not that Downey is playing Stark, Downey is Stark. Or maybe Stark is Downey?

This new Iron Man movie is probably the strongest of the series. The emphasis is on flip fun all the way. The script by Black and Drew Pearce is precision engineered towards snarkily subverting cliché rather than forging a genuinely ripping, coherent and engaging story with any great depth and moral ambiguity. But it does what it does very well, particularly in the scenes Downey shares with a dirt poor Spielbergian scamp at whom he spits withering (and hilarious) insults.

Black is interested in exploring the problems inherent in Stark’s imprisonment within the 1%, but he’s also as intrigued by how a modern super villain is able to paint his own image and disseminate his message of destruction. Ben Kingsley’s moustache-twirling evildoer, The Mandarin, is introduced via choppily edited, Chris Morris-style TV takeover montages. His image and his freedom-hating rhetoric tap into post-9/11 fears of terrorist attacks on American soil. The president is in his sight lines.

Aside from offering a classic redemption arc, Iron Man 3 is a film about public relations. There is the suggestion that the only way to be successful (particularly in the world of high-tech aerial combat on abandoned oil platforms), is to strip your image and your project back to its very core. The Mandarin offers a wry satire of image manipulation which comments on the business of being evil in the modern, media-savvy world.

Near the beginning of his film, Stark leaves his suit in the parking bay of a surf ‘n’ turf shitbox like some busted old dirt bike. He finds his purpose once more when he’s forced to construct a superhero suit from the products purchased at a hardware store. Iron Man 3 sets out a simple stall: The good guy is stripped of his protection, of his wife and of his will to work as a superhero. The bad guy is clouded in layers of media managed obfuscation and techno fuzz. Shane Black finds a way to give us a rich guy we can root for.

Iron Man is certainly a charmer, but this franchise was on a downward slope.

Always lunges for the quick points over the long game, but still the best entry into this series.

It’s the meta superhero movie we’ve all been waiting for. 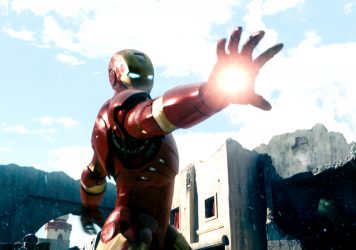 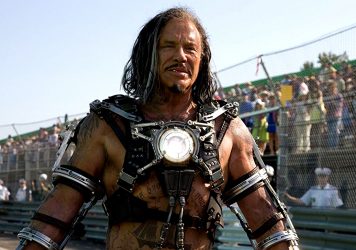