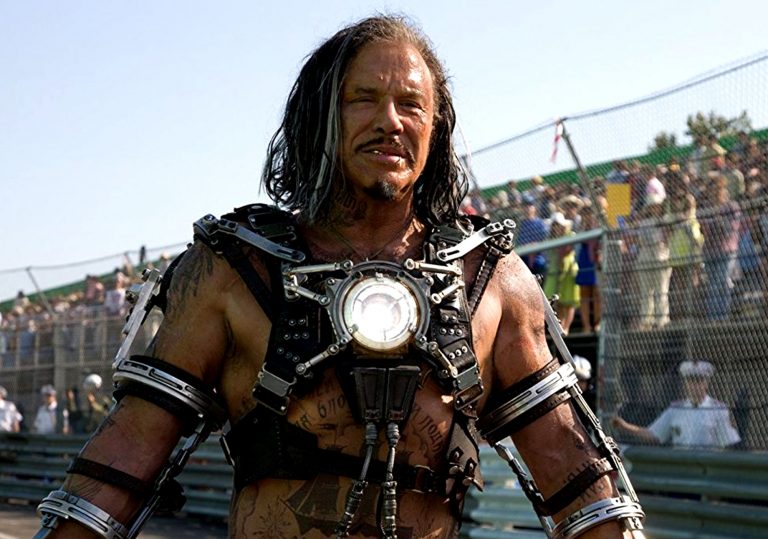 Will rumours of re-cuts make for an acute case of sequelitis?

Downey Jr’s wisecracking war of words with Rockwell doesn’t make up for the lack of action.

A below par follow-up bereft of the element of surprise enjoyed by its predecessor. And does the world really need the planned nine Nick Fury spin-offs?

2008’s Iron Man completed Robert Downey Jr’s phoenix from the flames journey to superstardom. But this supposedly iron clad sequel is only fit to rust in the superhero scrap yard. Fast-talking loveable megalomaniac Tony Stark was a role Downey Jr was born to play with his superhero stylings a lively antidote to more established comic book crossovers like Batman and Spidey. So what went wrong?

Sadly for director Jon Favreau rumours that final cut was in the hands of a studio intent on using the sequel as a platform to promote future films like The Avengers, Captain America and Thor appear to be true. With terrorism vanquished, part two avoids the pitfalls of racist overtones that tarnished the original, but what’s left for the canned crusader to kick against?

An uninspired opening montage introduces Stark’s new nemesis Ivan Vanko (Mickey Rourke) – the son of a Russian physicist with an axe to grind. In the film’s one stand out action scene (there are only two) Vanko (aka Whiplash)gets busy with his electric whips carving up an F1 racetrack. Mumbling something about ‘when God bleeds, the chaos begins’, Rourke does his best to be to this Marvel Comics behemoth what Brando was to Apocalypse Now.

And with the government desperate for Tony’s tech he’s got to deal with Don Cheadle (replacing Terrence Howard as Rhodey) under pressure from the military to do the dirty on his pal. And then there’s Sam Rockwell as rival weapons manufacturer, Hammer. Rockwell is entertaining as ever and delivers quips about a new super weapon called the ex-wife with relished gusto.

But look closely and you can see the fake tan on the actor’s hands… Like the film, scratch the shiny surface and the conceit is revealed. And meet Black Widow – a high-kicking Scarlett Johansson doing a Hit Girl – moonlighting as Tony’s new PA now Paltrow’s Pepper Potts is Stark’s CEO. But can she be trusted? Who cares?

Book-ended by eye-shredding high concept it may be. But where’s the meat in the action sandwich? With shades of Superman’s Kryptonite, Stark’s Palladium power source is keeping him alive but slowly killing him. The fight and flight balance of the original is lost as Tony retires to the augmented reality of his pad for a spot of superhero navel gazing to rival Will Smith’s Hancock while getting a shouty Pulp Fiction-style lecture from Samuel L Jackson as Nick Fury.

Cue morose introspection and a middle third that’s all-talk-no-trousers while heavy on exposition for the aforementioned films not even made yet! And in an embarrassing scene to rival Peter Parker’s meltdown in Spider-Man 3, Stark throws a party, gets drunk, smashes up his gaff like a petulant rock star and takes a leak in his suit. But you won’t be pissing yourself.

But with so many plates left spinning and SHIELD dude Samuel L Jackson rocking up again in clunky fashion with some awkward product placement for The Avengers that adds nothing to the story the film cements its position with the promise of thrills to come and fails to deliver the bang for your buck payload.

Will rumours of re-cuts make for an acute case of sequelitis?

Downey Jr’s wisecracking war of words with Rockwell doesn’t make up for the lack of action.

A below par follow-up bereft of the element of surprise enjoyed by its predecessor. And does the world really need the planned nine Nick Fury spin-offs? 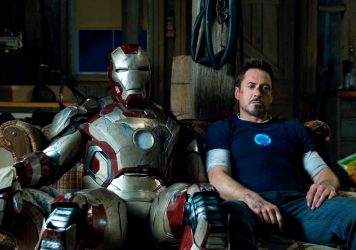 The superhero movie gets a Dickensian meta-comedy treatment care of writer/director Shane Black.