The first Avenger is a patriotic symbol of Us vs Them politics in the MCU. 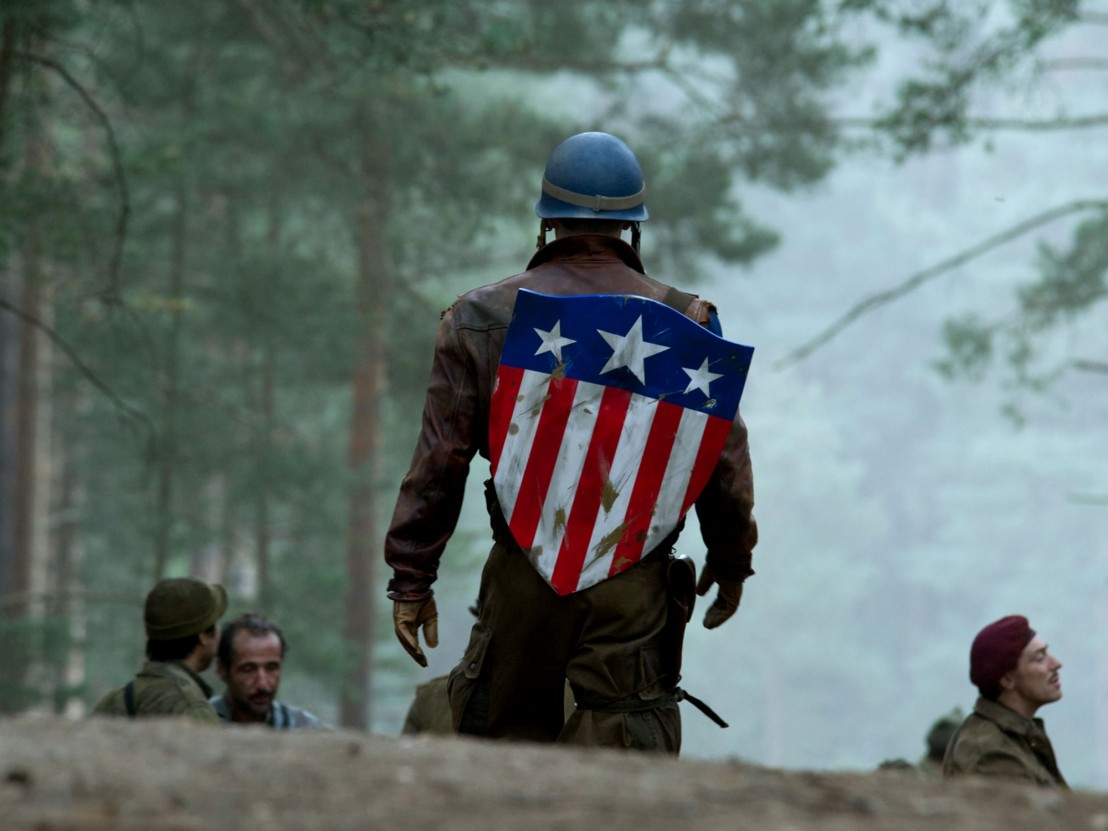 “Who’s strong and brave, here to save the American Way?” That’s how Joe Johnston introduces Captain America in Steve Rogers’ first major screen adaptation. It’s a big moment for the modern superhero movie, not because it helps to pave the way for Avengers Assemble, but because it foregrounds the politics of the genre.

Captain America, a patriotic symbol featured in comics for over 70 years, is presented as just that: propaganda used by the US to win over children, soldiers and the public. In Johnston’s movie, the graphic novels are part of the PR machine. So are the films about him. Everything is political.

Of course, super-serumed Steve is also the ultimate soldier for the war against the Nazis, whose pinnacle of physicality matches the purity of his ideals. It’s right there, emblazoned on his beefed-up body: he’s a pro-US figure willing to follow orders to protect America at home and abroad. Captain America: The Winter Soldier undoes all of that.

A phrase commonly used to describe the sequel, directed by Anthony Russo and Joe Russo, is ‘1970s thriller’. Why? Paranoia. That sentiment, so rife in the ’70s, seems to be present in much of action cinema today, typified by the Bourne franchise or even the blockbusting Hunger Games; Watergate and Vietnam have been replaced by the Iraq War in a post-9/11 era of whistleblowing and WikiLeaks.

In the face of this cynicism, superheroes have continued to fight the good fight. People may not have confidence in authorities, but they can believe in something else: incorruptible icons, which exist independently to the system, untainted by government acts. For some heroes, such as the X-Men, they exist so far away from the system that they are a marginalised minority. For others, that status becomes a positive reinforcement of the American Dream: Superman is an immigrant who actively chooses, out of all of the countries and planets, to define himself as an American; he spends more time adopting the identity of Clark Kent than flying about in red pants.

The most successful, though, in terms of box office, are homegrown heroes, particularly Batman and Iron Man. Audiences, it seems, like masked men who beat external forces that threaten the way things are. Batman and Iron Man are the genre’s most complex political figures; outsiders yet insiders. The Caped Crusader is a capitalist turned vigilante who exposes the corruption at the heart of Gotham. Christopher Nolan’s modern Dark Knight arc puts that struggle front and centre: “He’s the hero Gotham deserves, but not the one it needs right now,” sums up Gary Oldman’s Commissioner Gordon. Gotham may have gone to the dogs, but its citizens show compassion at the end of the 2008 sequel; they deserve to be saved, even if it requires a guardian who can break the rules.

The Dark Knight Rises, though, suggests another political truth. While Bruce Wayne’s loyal butler says it’s the businessman who can best save Gotham from the Marxist revolution of Bane, Gordon argues it’s the other way around: “The Batman,” he groans from his sickbed, “has to come back.” Batman, implies the concluding part of Nolan’s trilogy, is the hero Gotham needs to defeat the uprising – not to save the citizens, per se, but to preserve the corrupt state.

Tony Stark is similarly conflicted when he realises his weapons are being sold to terrorists. His response? To go rogue and seek justice. How? With his military arsenal: an anti-establishment figure using classic Uncle Sam methods. Iron Man goes on to battle a Russian and The Mandarin, both apparent enemies from overseas: like Bane, agents for the political other endangering the status quo. Stark even does consultancy work for SHIELD, Marvel’s go-to law enforcement guys.

The more we see of SHIELD, the more Marvel’s Cinematic Universe hints at the grey area they inhabit. Avengers is where most of that uncertainty is fostered. “When I woke up, they said we won – they didn’t say what we lost,” Rogers laments to SHIELD Director Nick Fury. “We made some mistakes,” admits the secretive one-eyed boss.

Nonetheless, Rogers helps to stop the Chitauri invasion of Earth. While the Avengers ward off foreign intruders, Batman is putting down the revolt in Gotham: punching people who, in an extreme version of the Occupy movement, represent political change. Even when our heroes are aware the system is dodgy, they tend to maintain it: they are, in a sense, super-conservative. The Winter Soldier, therefore, feels like a big step: rather than working with SHIELD, the Captain begins to question them, in true ’70s style. The appearance of Robert Redford only adds to the air of suspicion.

“That’s not freedom, that’s fear,” he observes of the group’s plan to turn confiscated HYDRA weapons into America’s own defence. If any other hero said it, it would be an interesting criticism. Rogers, though, represents more than that. He’s not complex. He’s simple; a piece of propaganda. He knocked out Adolf Hitler 280 times.

Johnston’s original movie established Rogers as the most overtly political Marvel figure – summed up by that camp costume and rousing song. The Winter Soldier directly contrasts his 1940s values with the modern, skeptical attitude towards authority. It’s telling that he begins the movie wearing black, rather than his traditional patriotic tights. Even when he does revert to uniform, he chooses the old World War Two get-up, a distinct identity from the modern SHIELD officer showcased in Avengers Assemble. (It’s worth noting these are not new themes and stories – the film credits Ed Brubaker’s post-2004 run of Marvel comics. But each modern superhero movie chooses an existing narrative to adapt, an act that inevitably reflects the society in which the film exists.)

Amid the uncertainty, Anthony Mackie’s sidekick represents a typical soldier who will follow his superiors – in his case, Captain America. Sam’s obedience versus Steve’s honesty highlights the ideological shift that has taken place. Previously, Steve supported borderline shady authorities as a necessary force for good. Now, The Winter Soldier’s revisionist approach sees the distrust of the 21st century infiltrate Marvel’s universe. It’s a decision that has major repercussions for future movies, let alone TV series Agents of SHIELD.

Can Marvel movies continue in the same vein as they once did? Can their infallible heroes still stand up for our fallible countries? Are their values condemned, like Rogers’ tights, to the past? ‘Who’s strong and brave, here to save the American Way?’ trills the theme tune. For the first time, though, the answer isn’t Captain America. 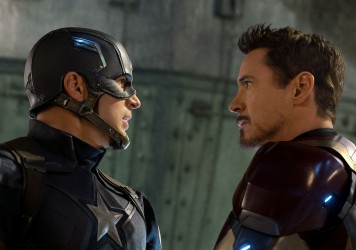