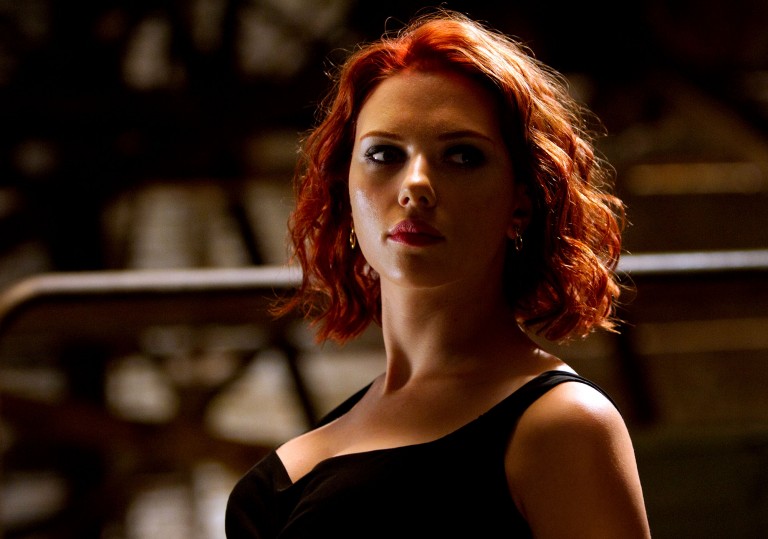 Hopes are high, but there’s a nagging feeling that after all the hype this could be an unholy mess.

A shiny, caged beast of a film that delivers on its every promise.

Struggling to find any truly iconic moments, the film doesn’t linger long in the mind and will surely be much diminished on the small screen.

Joss Whedon’s Marvel maelstrom is a shiny, caged beast of a film that delivers on its every promise.

Well, here it is… Ever since Clark Gregg’s smooth, buttery Phil Coulson – agent of souped-up CIA simulacrum, SHIELD – rocked up at one of Tony Stark’s endless round of self-congratulatory press conferences in 2008’s Iron Man, attentive audiences have been teased with the prospect of the various frequencies of the Marvel Universe banding together for a superhero team-up smackdown in the form of Avengers Assemble.

Expectations for the project have fluctuated since then, as have the fortunes of its constituent members. Iron Man 2 was a clunker, while the seemingly incongruous supernatural baggage that came with 2011’s Thor saw Avengers director-elect, Jon Favreau, shy away from the reins.

Captain America, also from last year, was a robust boy’s own romp, but gave little indication how its hero might figure within a contemporary tale. And those two previous Hulk films… well they were both crazier than shithouse rats, so no real clue there either. The eventual appointment of Joss Whedon was, on this evidence, a masterstroke: a veteran of TV, he knows his way around both action (Buffy, Angel) and sci-fi (Firefly, Serenity), digs overblown, declamatory speechifying and has a proven record of keeping a multitude of narrative plates spinning at once.

With Avengers Assemble (heretofore referred to as The Avengers), Whedon has fired all his guns at once and come up with one of the most exciting, coherent and butt-crunching action films in recent memory.

Those who haven’t been keeping up with the Cosmic Cubes and Rainbow Bridges of the Marvel Universe might be scratching their heads for a few minutes during a rushed opening scene that establishes what passes for the plot of the film, but things are quickly and neatly explained. The Cosmic Cube – an interstellar MacGuffin/source of infinite power that just handily happens to fit inside an attaché case – is being poked and prodded by SHIELD scientists under the beady eye of Sam Jackson’s Agent Nick Fury.

One incautious prod too many and the Cube springs to life, causing a rift in space-time that allows malevolent Asgardian demi-God, Loki (Tom Hiddleston, in a continuation of his role in Thor), to pass through into Earth, nick the Cube, smash up the lab and cast archery mad SHIELD toughnut, Hawkeye (Jeremy Renner), under his spell in order to make good his escape to – purely for the sake of a later Captain America quip about Nazis – Germany.

It is now up to Fury to assemble a diverse team of super-powered good guys to protect Earth from Loki’s rather sketchy plot to use the Cube to create a portal that will allow a race of scary space skeletons to pass through and subjugate humanity.

This is where Avengers Assemble really kicks into gear, scouring the globe to recruit its wary heroes. Slick tech-wonder Iron Man (Robert Downey Jr), buff boy-scout Captain America (Chris Evans) and bipolar scientist Bruce Banner (Mark Ruffalo) all take convincing, and Whedon’s script zings with crisp banter and propulsive action as the team – eventually abetted by Loki’s conflicted brother, Thor (Chris Hemsworth) – wrinkle out their differences and needle each others tender spots, both literal and figurative. Scarlett Johansson’s lithe superspy, Black Widow, is in the mix too, but no-one seems entirely sure why.

From this whipsmart opening, Whedon builds to a brutal second act that mercilessly piles on the hurt, with each character – even Scarlett – given some really bad business to deal with in an extended mid-air action sequence of such sustained and wrung-out tension that it has the unintended effect of rendering the final showdown just a little limp by comparison.

There are a couple of CGI shots that look a little plasticky, the director’s TV background is noticeable in his occasionally mundane choice of camera angles and the action might be undercut with humour a little too often, but these minor niggles are more than countered with some first-rate fight dynamics, effortlessly pithy badinage and top-drawer performances.

Downey Jr, for his part, has developed into such an enjoyably watchable performer that we’re in danger of becoming complacent towards his charms, but he brims with oily confidence as the Avengers’ de facto ringleader. Chris Evans, meanwhile, allows Captain America to grow into the modern world with a couple of choice one-liners that are the pick of some of the very funny and wholly believable character moments that are dotted throughout. The usually reliable Renner, however, sleepwalks – almost literally – through the film, and makes an unpersuasive case for any projected Hawkeye spin-off.

But the heart of the film lays with Ruffalo’s incarnation of Banner/Hulk. A newcomer to the world of SHIELD, Banner is our guide through the intricacies of the jargon and plot, and Ruffalo’s contained demeanour and tender approach to the role offers a welcome calm amid the fountain of testosterone splattering against the screen. Well, calm that is until the Green Machine takes over to create as much carnage as Eric Bana and Edward Norton’s olive-hued flipsides put together.

Whedon has not set out to reinvent the wheel with Avengers Assemble, but rather buff the spokes and retread the tires with some twenty-first century traction. The result is bright, agile and momentous, and a million miles from the overbearing rain-slick brooding to which much of the action genre has been held hostage in the wake of the recent Batman films.

Hopes are high, but there’s a nagging feeling that after all the hype this could be an unholy mess.

A shiny, caged beast of a film that delivers on its every promise.

Struggling to find any truly iconic moments, the film doesn’t linger long in the mind and will surely be much diminished on the small screen.