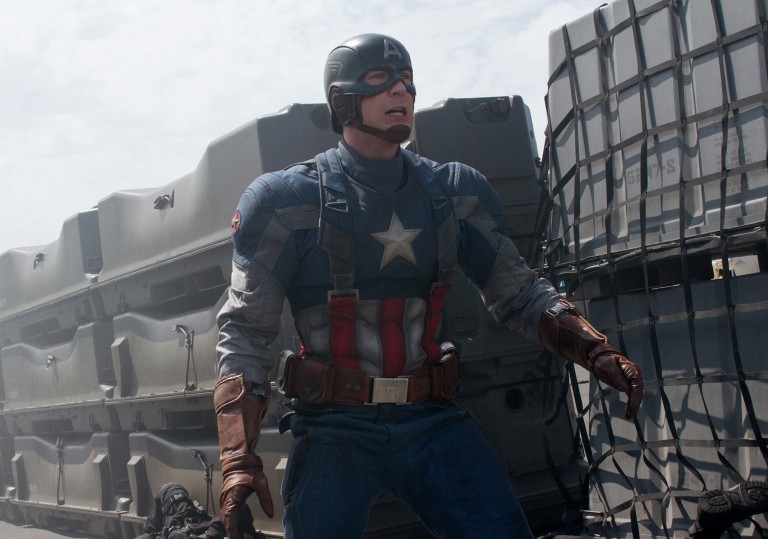 The Captain hasn’t put a foot wrong yet.

Slick, systematic and à la mode — are these really qualities we want from a Captain America movie?

Hopefully Joss Whedon’s Avengers sequel can give Cap a shot of much needed spunk.

When director Joe Johnston was handed the reins to Captain America: The First Avenger fan reaction was swift, fierce and overwhelmingly negative. At one end of the scale were those who were pulling their hair out in shock and alarm at a perceived second-tier journeyman director being entrusted with so iconic, beloved and pivotal a comic book character. At the other were there were those who felt that he at least represented a fairly safe pair of hands. The spectrum of opinion didn’t actually extend to anyone who was particularly excited by the prospect.

As it turns out, Johnson was the perfect fit for a film that many feel is the best Marvel effort to date. A backroom apprenticeship under Lucas and Spielberg allied to a solid old school approach meant that he was perfectly suited to the requirements a rousing, WWII boy’s own adventure. Inventive, knowing and cask-aged in period detail, The First Avenger was a cannily framed and idiosyncratically charming guns-a-blazing effects-heavy blockbuster.

The Winter Soldier simply pisses most of that away.

Instead we’re offered a modern, efficient but largely anonymous high-end action film that would work just as well if the good Captain was excised wholesale from proceedings and replaced by John McCLane or any other indestructible two-fisted movie quipster. Exploding SUVs flip over lengthwise, SWAT teams kick down doors, the higher-ups are all slippery bastards and everybody’s hot under the collar for a missing hard drive. Add all that chewed meat to a plot revolving around Homeland Security concerns and the giant heli-carriers that featured heavily in The Avengers and you’re left with a film that is not only short on original ideas but feels more than a few years out of date.

A store-bought plot sends aw-shucks super-soldier Captain America (Chris Evans) and fickle death-vixen Black Widow (Scarlett Johansson) undercover and off the grid as they attempt to identify the cancer that’s eating at the heart of SHIELD. Standing in their way is the Winter Soldier, a mysteriously long-haired mega-thug with a metal arm and a bad attitude who may or may not have prior form with the Cap.

Not only is the storyline dull, it also relies heavily on our knowledge of events form the first film whilst spending an awful lot of time spinning threads that will be woven into the third. All of which makes The Winter Soldier feel like little more than a franchise staging post, or as if the audience is being kept in a holding pattern above an airport that has yet to be built. Sly hints toward the plot of the next installment and cutesy/tedious end-credits stingers are all well and good, but they’re no substitute for rounded storytelling.

That isn’t to say what remains isn’t enjoyable, just that it doesn’t much feel like a Captain America movie. Directors Anthony and Joe Russo cut their teeth on such urbane, snippy TV sitcoms as Arrested Development and Community and the film begins brightly, with some inspired comedy concerning the Cap’s growing laundry list of post-WWII must-see cultural artefacts and baffling culinary innovations. But however welcome it is, wry humour isn’t quite enough to carry the day.

The Russos bring some fresh tricks and kicks to the fight scenes and have a good eye for framing, but overall the action is predominantly undistinguished. And when a character ­­— not once, but twice — weasels their way out of a last-gasp no-win hell’s ditch predicament by cutting a hole in the floor with a laser-powered screwdriver thing, it’s clear that inventive set-piece bombast is in short supply.

Bringing Captain America into the modern world was always going to present a few problems, but as his exquisite turn in Joss Whedon’s Avengers Assemble proved, it’s both possible and credible to channel his apple pie charms into a slick contempo blockbuster. But The Winter Soldier’s attempts to integrate the Cap into the 21st century has smoothed off too many of his old world edges. In doing so, the character is blanded out into a karate-chopping, parkour-dashing action man who very occasionally slips into a red-and-blue onesie.

The Captain hasn’t put a foot wrong yet.

Slick, systematic and à la mode — are these really qualities we want from a Captain America movie?

Hopefully Joss Whedon’s Avengers sequel can give Cap a shot of much needed spunk.