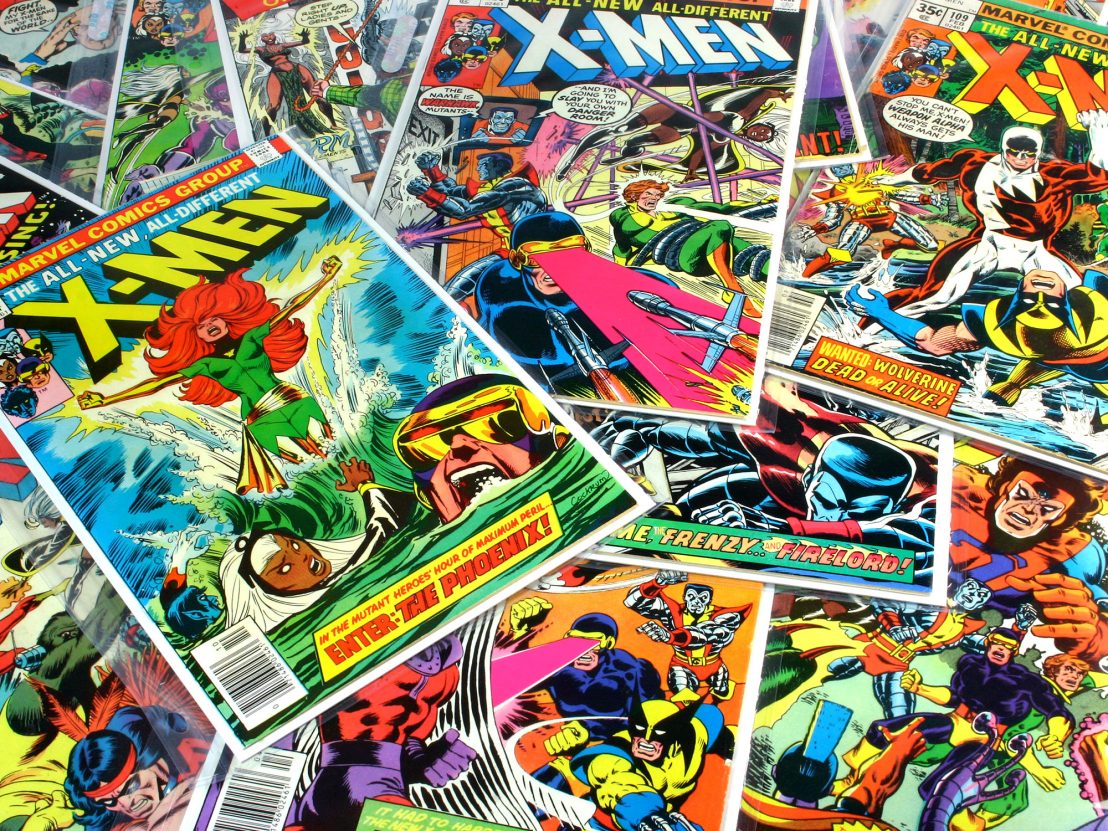 Superhero culture is at an all-time high, transcending comic book panels to leap onto big screens across the globe. At the same time as this surge in popularity, evidenced by box office records, there has been a dramatic increase in depression among young people. In 2016, a survey conducted by Parent Zone revealed that 62 per cent of teachers in the UK were aiding students’ mental health problems on a monthly basis. A similar study added that 20 per cent of the UK’s youth suffer from depression before reaching adulthood. In fact, during both of these studies, the NHS’ budget had a mere 0.6 per cent allocation toward Child and Adolescent Mental Health Services.

Although the discussion around mental health is now much broader, with less stigma attached to it than in previous decades, it is still a tragedy that so many young people are living with depression. In the US, close to three million adolescents between the ages of 12-17 have suffered from at least one depressive episode. Though not directly linked, these staggering statistics coincide with the rise of superhero movies. While they are mostly goofy, funny and action-packed, superhero movies also represent many hardships in life that can offer healing, or an escape, to the youth of today – the same way comic books did for me.

But before they helped me, they were helping generations before me. Superman, Batman and Wonder Woman were created as a means of helping a beleaguered nation cope with the aftermath of The Great Depression in the 1930s; their popularity rose throughout World War Two. They have always existed in times of need, and have forever inspired adolescents to tackle their problems.

Growing up, I never really fit into any social group. I struggled a lot with my weight, hitting levels of obesity before I had even reached the halfway point of secondary school. I was often ridiculed for my weight, as most kids are, though mine entered levels of violence. Kids would hit me, telling me I could “take it.” I took many gut-shots. I never really understood why I let myself get hit, or even verbally abused. But I did. I wanted to show that I was above abuse, that it could wash over me and be gone within moments.

The truth is, I not only carried my own physical weight. I carried the weight of expectation – a first generation British kid from a Hispanic family with the potential to one day go to university (every Hispanic parent’s dream). I didn’t know how to balance these things, but I was incredibly depressed. I didn’t know about depression at that age. Sure, I understood the expression, but I didn’t know how to identify it. Looking back now, those moments spent absently staring at a wall, praying to a god that I didn’t really believe in to keep me safe at school every single day… they all speak of serious depression.

My coping mechanism? I was (and still am) a nerd. Being a nerd is cool now. You can say it aloud and most people will think, ‘Okay, cool’. Shows like The Big Bang Theory have certainly helped popularise this subculture. But back then? Being a nerd was pretty tough. Friendship circles were hard to craft, topics of discussion with fellow peers near impossible to agree on. Weirdly, though, I found solace in that loneliness. Looking back, I sometimes pity myself, but it’s reassuring to know that part of me was happy during those years. The years of being obese and a comic book fiend.

My real coping mechanism was comic books and superhero cartoons. If I wasn’t devouring issues of Justice League, I was rewatching episodes of X-Men: The Animated Series and X-Men: Evolution. With the latter in particular, I finally found a character I could relate to – not a hero but a morbidly obese super villain: Blob.

I developed this mentality that, to help hide my frustrations and sadness with the world, I would instead be horrible and hard-headed. Blob represented all of that, and then some. In his first appearance in the series, an episode titled Jean and Blob, he was constantly harassed and mocked by high school students. The only person to show some sympathy his way? Jean Grey. Blob fell in love immediately, though what he really fell in love with was not Jean’s perceived beauty, but rather her care toward him.

This was something I had been yearning for. This episode, though, made me realise that my aggression was misplaced. Jean only took a liking to Blob because he was friendly; when he turned violent and protective, she shunned him. While that’s the origin of his existence in the cartoon realm, that was my origin of learning how to interact with people. Kindness often begets kindness, after all. While the days after that episode permanently became etched into my mind were tough, I started to talk to people at school. I still received some abuse, but I was at least making friends – forming my own Justice League!

I finished secondary school still a recluse, with barely any friends to my name, but I was at least able to talk to people. I once considered ending my life, but X-Men comics constantly made me realise the beauty of being an outcast and feeling persecuted. I realised that my emotional intelligence was high, that I could out-write anybody in my age pool and then some. I started telling myself ‘maybe people outcast me because they fear me.’ This mantra has echoed in my mind ever since. I would never have realised these things without superhero culture, without a band of characters who resemble my own existence, either physical or mental. Nobody would talk to me about my sanity, nor would I seek help. My aid came solely from reading comic book panels and watching cartoon superheroes go about their awesome activities on a daily basis.

In the proceeding years, I met the woman I eventually became engaged to. I went from wearing XXXL t-shirts to Medium. I adopted my outsider nature and helped it evolve into a skill. I became a writer, using my years of isolation to hone my craft and become even better at what I do. I still have some nightmares of my past, some things that still trigger me, but I would not have overcome my dangerous youth depression if not for superheroes.

Nobody can promise that superhero culture will eradicate youth depression – that’s barbaric and impossible. But it can at least offer young people the chance to connect with someone – or someone’s struggle – without being judged in the process. They can find their own moment of healing, or their own coping mechanism. The same way kids in the ’40s had Superman’s battle with being an outsider, or I had Blob, this generation has their own plethora of wonderful characters to find some form of solace in. Its growing popularity will only spawn more stories and struggles that audiences can continue to connect with.

Whenever you next find yourself groaning about yet another superhero film being promoted, remind yourself of what it is doing for adolescents and young adults. Its existence means more than simply being an entertainment franchise.