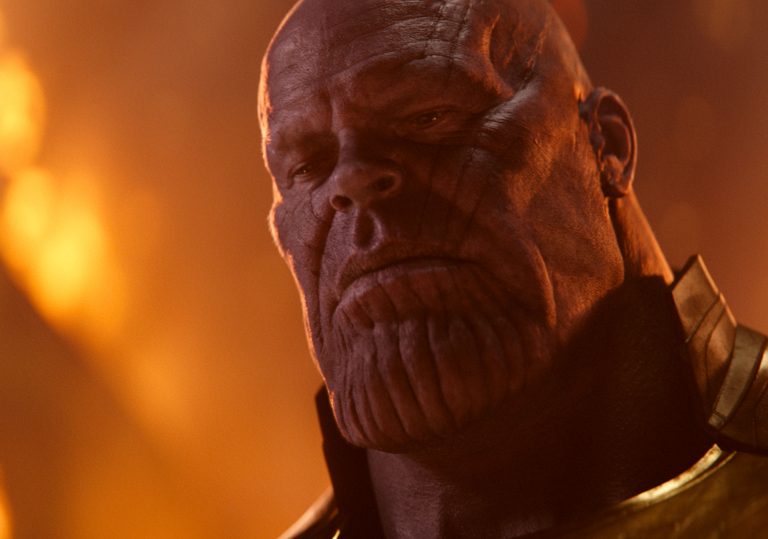 Can that much talent and 10 years of world-building come together coherently?

Sings with heart and soul – not bad for a movie monolith.

The high doesn’t last, but it’s dizzying all the same.

It’s strange to think that there now exists a generation of people who never knew the cultural landscape before superheroes dominated it. Born into – or having grown up in – a world where every year a raft of comic book movies hit the multiplex come what may, younger viewers can certainly watch the likes of Howard the Duck or the 1996 Fantastic Four movie. But trying to explain to them the significance of the shadow caped crusaders have cast over modern cinema is a little like articulating what the world looked like before Star Wars.

Ultimately, you can never replicate the feeling that an audience experiences when they collectively witness their first cultural phenomenon. When it comes to Disney’s Marvel monolith, we would be remiss to describe it as anything other than that.

In a two-part spectacle referred to as “the most ambitious crossover event of all time”, Disney has slammed their hand down on the table, revealing a Royal Flush. All the key players from their stable of super properties are there, geared up to face Josh Brolin’s purple meanie Thanos in a fight for the fate of the universe. Despite looking like the love child of Bruce Willis and Ronald McDonald’s sidekick Grimace, there really is something quite menacing about him, best surmised as this: he never loses his shit. Calmness is so much more unsettling than blind rage.

Thanos is a genocidal prophet with a singular goal: retrieve the jewels – sorry, Infinity Stones – which will enable him to cleanse the universe of its pain (read, wipe out half of the population), and start anew. This mega-villain solves the age-old Marvel baddy problem, being a complex, measured (and often sad) nemesis, more compelling than any of his predecessors. He’s the result of many failed experiments by Marvel, and a necessary – believable – foil to the might of the superhero supergroup assembled centre-stage.

The plucky Avengers and Guardians of the Galaxy are the only line of defence, and despite having gone their separate ways following the events of Avengers: Age of Ultron and Captain America: Civil War, the band’s back together to play the hits, with a few new faces saddling up for the ride. That’s really all that can be said about Avengers: Infinity War plot-wise without giving the game away, but the Russo brothers have heavily implied that the stakes are higher than ever in this Marvel outing, and not everyone will be getting out alive. They weren’t kidding. 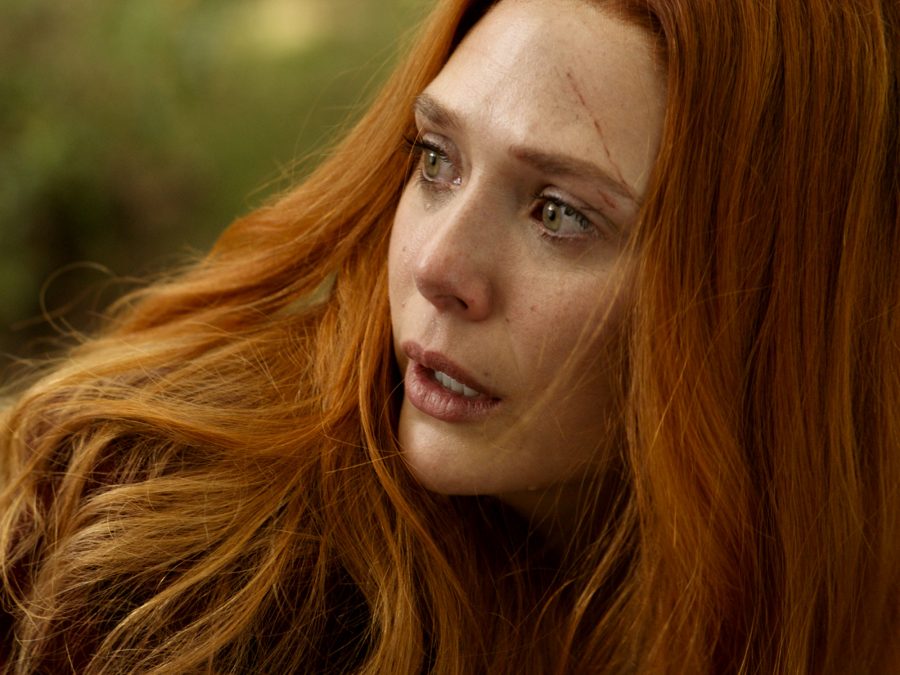 Back in 1914, Arthur Quiller-Couch suggested it was necessary to “murder your darlings” for the greater good of your creative work. Such a principle applies to a film like Avengers: Infinity War, which is the end result of a decade of filmmaking (and the 19th Marvel movie out of the gate). In a world where audiences are used to seeing the impossible made possible, and even more used to seeing the good guys always save the day and the bad guys always slink away defeated, the stakes need to be high, and the sacrifices need to feel like they matter. This is the darkest place that Marvel has ever dared to take its franchise, and although it’s nowhere near as bleak as Christopher Nolan’s The Dark Knight, it’s certainly not afraid to be more adventurous and more challenging.

This is only possible due to the groundwork previously laid by the studio – their most recent properties (Thor: Ragnarok and Black Panther) succeeded because they felt like confident, competent experiments in combining Marvel lore with visionary direction. There’s a sense with Infinity War that the studio has begun to finally understand and embrace their own material, indulging both the light and the dark, the weird and the normal, which has enabled their comic books to succeed for 79 years – Infinity War is the bold, brash, often hilarious, sometimes heartbreaking result of a decade-long undertaking. There will be blood and, more than likely, there will be tears from legions of younger viewers who aren’t yet old enough to appreciate the reality that all our heroes are dead and our enemies are in power.

Which is not to say that Infinity War is a perfect construction. Not by any means. With an A-list roster packed to the rafters and plenty of skipping around between various subplots, collateral damage is inevitable. Perhaps the character-screen time ratio will be addressed better when Infinity War: Part 2 hits cinemas in 2019, but this half really is Civil War on steroids, landing us in the thick of it from the opening credits and itching for a fight even in its quieter moments. Marvel’s struggle to make fight scenes more than the cinematic equivalent of a child bashing their action figures together does tend to prevail, though a few sequences are well-choreographed enough to ensure boredom isn’t ever a real threat. 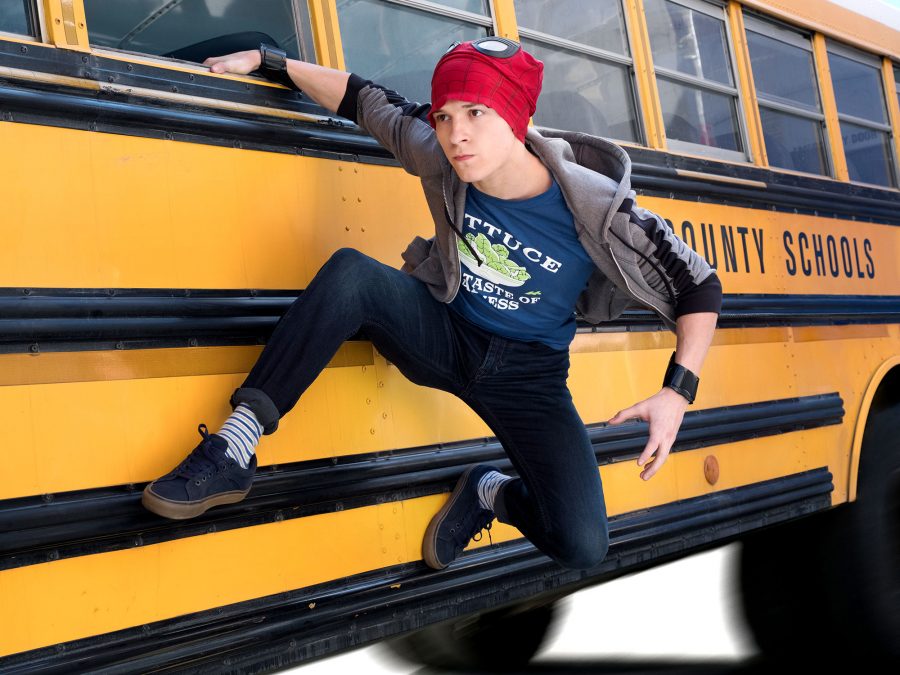 Crucially, Infinity War has the decency to do its thing in an earnest, full-hearted manner. Even though the threat of oblivion is one the Avengers face every summer, Infinity War manages to make it feel like it matters. There’s some top-notch string work from composer Alan Silvestri, which adds some pleasing gravitas to proceedings, but the emotional integrity of the film ultimately comes down to a groups of actors audiences have come to know and love.

Having spent a full 10 years constructing their palace from the ground up, there’s a sense of heroes growing and changing, hardened by unending war and loss. From Robert Downey Jr’s Tony Stark and Chris Hemsworth’s Thor (bubbling with a newfound maturity after his third franchise outing) to Zoe Saldana’s Gamora, the performances feel committed. These are actors who care about their characters, and crucially, care about the people who care about them.

Infinity War isn’t going to convert the cynics, but perhaps at this point, nothing can. It’s surprising to find such poetic mediations in blockbuster fare though – in a time where the Doomsday Clock inches ever closer to midnight, humanity wants desperately to believe that everything will work out just fine, and this film pokes at the question no one wants to ask: what if it doesn’t? For the hardcore fans, it should feel like pay dirt – and not just as welcome vindication for everyone who sat through Thor: The Dark World and Age of Ultron. This is a lovingly-crafted action opera that leans fully into the genre-bending nature of the MCU, and hopefully a sign that Marvel is moving forward, even with one eye looking fondly to the past.

Can that much talent and 10 years of world-building come together coherently?

Sings with heart and soul – not bad for a movie monolith.

The high doesn’t last, but it’s dizzying all the same.