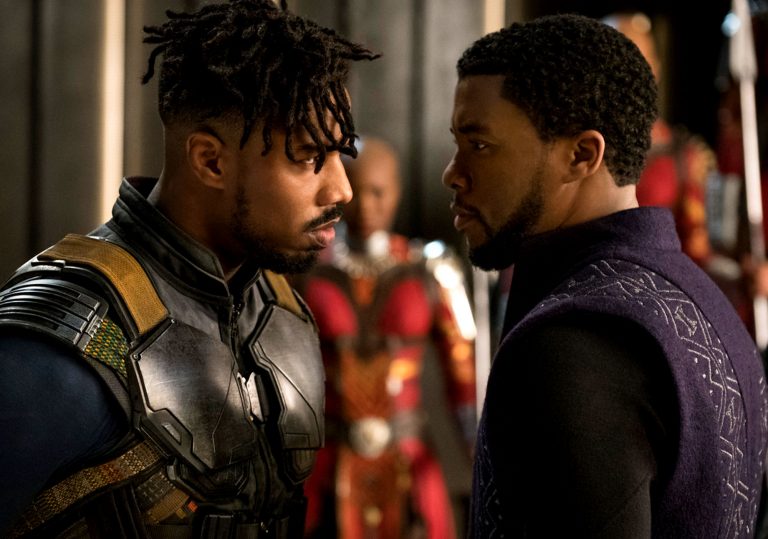 Coogler is two for two, and that cast is crazy good.

The most original, insightful and daring superhero movie in a long, long time.

Exactly the kind of risk Marvel should be taking with every film they make.

Every so often at a film screening, you get a powerful sense that you’re watching greatness unfold before your eyes. Whether it’s the discovery of breakthrough talent or something as deeply personal as the realisation that this is going to become one of your favourite films, such electric moments serve as a reminder of what makes cinema so special. Critics sometimes get a rap for being joyless cynics, but rest assured we live for these fleeting moments of unbridled awe as much as anyone – and watching Black Panther at the film’s European Premiere delivered on a promise Marvel have been making for years: You ain’t seen nothing yet.

There’s a sense of history you can’t escape with this film – after all, it’s been 25 coming, stretching all the way back to Wesley Snipes’ failed first attempt in 1992. Just shy of 10 years since Jon Favreau reinvented the superhero genre with Iron Man, Ryan Coogler has done it again with an origin story of his own. It’s not a push to say that Coogler has actually gone one better – he’s made Marvel relevant again, bringing heart and soul to a blockbuster production line that has seemed more interested in shoving as many heroes as humanly possible onto an IMAX screen lately.

Although Black Panther is an origin story, it neatly avoids getting bogged down in establishing backstory, using an inventive opening credits sequence and just a few flashbacks to set the scene. Although the title character made his big-screen bow in Captain America: Civil War, Coogler and co-writer Joe Robert Cole manage to establish a whole new cast in record time while making you care about them too. It functions perfectly as a standalone movie, one that feels thrillingly unshackled from the constraints of the MCU. 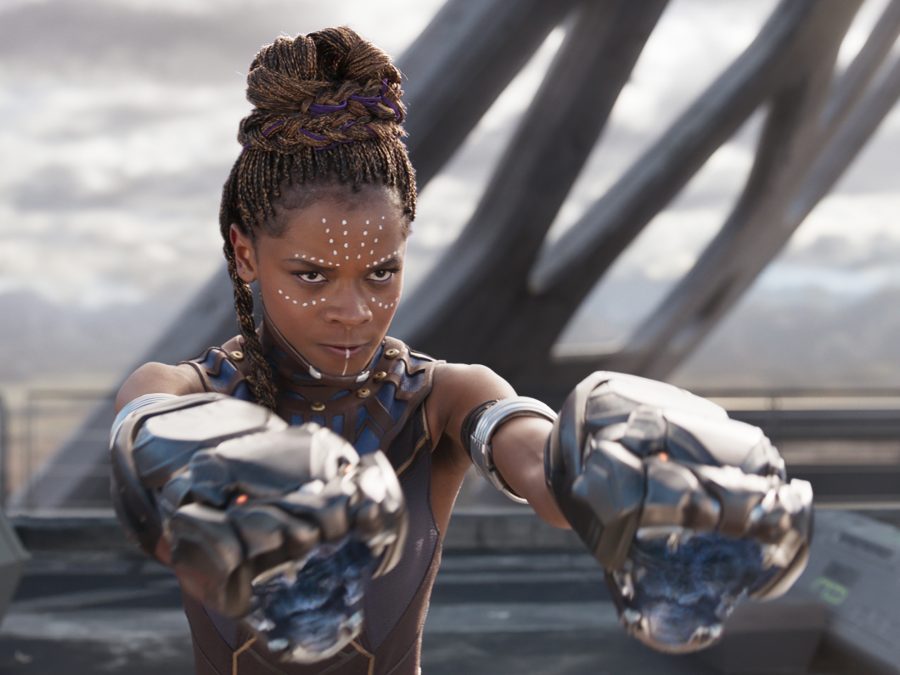 Chadwick Boseman’s T’Challa makes for a compelling lead, but the film belongs to the incredible roster of female talent. There’s Nakia (Lupita Nyong’o), T’Challa’s confidante and most-trusted spy, Okoye (Danai Gurira), the leader of his private team of all-female bodyguards, the Dora Milaje, Shuri (Letitia Wright), T’Challa’s 16-year-old tech whiz sister, and Ramonda (Angela Bassett), his most regal mother. It might be called Black Panther, but make no mistake – the film belongs to these competent, intelligent, brave women.

On villain duties are Coogler regular Michael B Jordan, who plays Eric Killmonger, a Wakandan exile who seeks to overthrow T’Challa, and Andy Serkis, returning as unhinged South African arms dealer Ulysses Klaue. This is the only area where the film really stumbles; while there can be no doubting Jordan’s acting ability, his part is underwritten and rather one-note. And although Serkis is clearly having a blast chewing the scenery, as is so often the case with Marvel films, the threat presented by Killmonger and Klaue is moderate. There’s also Martin Freeman’s random reappearance as CIA agent Everett K Ross, who spends the majority of his time on screen looking like a middle-aged-man on a gap year, and Daniel Kaluuya’s W’Kabi, who is posited as a close friend of T’Challa but whose sudden shift in allegiance goes unaddressed.

There’s something questionable, too, about the film revolving around a hereditary monarchy quashing a well-meaning (although poorly executed) rebellion. Even so, these gripes seem trivial when you stack them up against the film’s many virtues. Coogler has built a world from the ground up that sings with colour and pride – Wakanda looks like nothing we’ve seen before from Marvel – and his film features easily the best Marvel soundtrack to date, curated and recorded by Kendrick Lamar. It’s funny too, but never silly and never cheap.  Coogler draws from both African and African-American history and culture but also takes cues from Afrofuturism, Shakespeare, James Bond and even The Lion King.

While Black Panther has Marvel in its DNA, to label it solely as a superhero movie feels like a disservice. In Thor Ragnorok and now Black Panther, Marvel has demonstrated a willingness to take risks with the way they tell stories. And it’s paid dividends, producing two of the studio’s best films to date. Let’s hope they can keep this momentum going. As for Ryan Coogler? Whatever he does next, we can’t wait to see it.

Coogler is two for two, and that cast is crazy good.

The most original, insightful and daring superhero movie in a long, long time.

Exactly the kind of risk Marvel should be taking with every film they make. 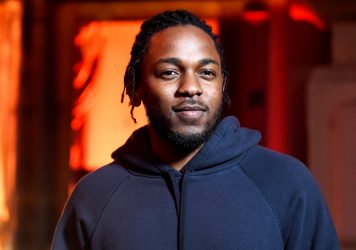 The rapper’s work on the film’s soundtrack represents a bold new creative direction for the studio.