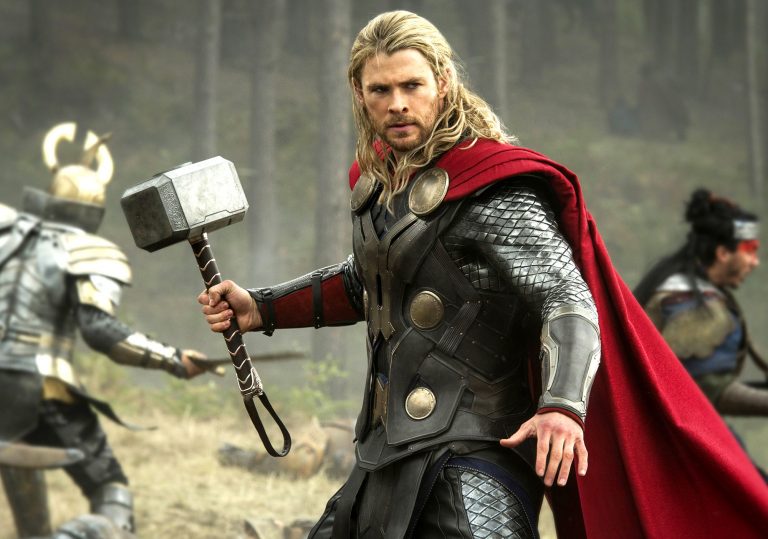 Looks to have improved upon its predecessor, but then so did Iron Man 3, so...

Funny, boisterous and featuring some great effects, but also uneven and derivative.

Charm just about wins out, and great casting doesn’t hurt, but after the next Avengers outing, one wonders if another Thor film will be strictly necessary.

When we last caught up with Tony Stark in Iron Man 3, the events of Avengers Assemble – the aliens, the wormholes, the wholesale property destruction – had reduced him to a hot mess of neurotic self-absorbtion and debilitating panic attacks. For fellow Avenger Thor, however, trans-dimensional roguery and celestial carnage are simply another day at the office.

And so it is that his first appearance in this sequel to Kenneth Branagh’s 2011 scene-setter sees him arrive into the midst of battle on the back of a lightning bolt, where he swiftly kills a rock-monster with one blow and busily trades zingers with his compadres before the dust has even settled. Why gaze into a navel when you can hit it with a very large hammer?

So commences Thor: The Dark World, a consistently enjoyable hunk of big, brash Fun that, like it’s eponymous hero, scores heavily in the raucous adventure and rowdy mead-hall banter departments, but struggles when it comes to complexity, structure or any real genius ideas of its own.

This time out the God of Thunder is hot under the hauberk for Malekith (Christopher Eccleston), leader of the Dark Elves of Svartalfheim who were once righteously wronged by Thor’s father Odin (Anthony Hopkins) and are now back to pull down the curtain on all that’s good and clean and holy by returning the universe to a primordial state of starless inky blackness.

To do so they need – much like Eric Bana’s vengeful Romulan in 2009’s Star Trek – some all-powerful crimson space goo called the Aether. Unfortunately, in a turn of events that are just about fathomable yet basically inexplicable, Thor’s earthly paramour Jane Foster (Natalie Portman) finds the Aether has become trapped within her body. The Norse lummox now has to save the girl and protect the Nine Realms, all the while keeping more than half an eye on the fruity machinations of his scheming brother Loki (Tom Hiddleston).

The film’s prologue is comprehensively ripped from Fellowship of the Ring – complete with elven warriors, blasted wastelands and the capture of an invincible (but unusable) weapon. The spiteful baddies could have been sprung from any Star Trek film, and Asgard is starting to look disconcertingly like an outgrowth of Princess Amidala’s palace in The Phantom Menace.

Norse swords ’n’ sorcery bumps uglies with laser cannons and invisible spaceships in a mish-mash of fantasy ideas that sometimes fail to gel. It might be futile to moan on about consistency within a fantastical realm, but the Marvel Universe has always prided itself on its unwavering internal logic, and some of this feels just a little off.

But despite the lack of any notable invention and a choppy, inorganic flow that smacks of frantic editing and that results in a seemingly ditched subplot that lessens the impact of one of the climax’s big reveals, there’s still scads of fun to be had on The Dark World. For one, it’s extremely funny. There are more yuks here than you’ll find in most studio comedies, most of them too juicy to spoil.

Erstwhile Game of Thrones director Alan Taylor’s decision to root the visuals in Old World greens and greys instead of the dusty blaze of Branagh’s New Mexican desert is also welcome, making for a pleasing contrast between the wet Tuesday afternoon glumness of the earthbound London scenes and the sweeping ethereal beauty of the CGI starfields and an Asgardian Viking funeral that will not only bring a lump to your throat but – if you’re watching in 3D – remind you that when 3D works, it really does work.

Then there’s Tom Hiddleston’s Loki. Whether the recently mooted idea of a standalone Loki film has any real legs or not, there’s no doubt that Hiddleston’s sly wit, penchant for a gale-force hissy-fit and his aptitude for wearing a thrilling tumbledown hairpiece have made Loki a bona fide star of the Marvel films. He might get off to a slow start in this instalment, but… well, you’ll see.

Looks to have improved upon its predecessor, but then so did Iron Man 3, so...

Funny, boisterous and featuring some great effects, but also uneven and derivative.

Charm just about wins out, and great casting doesn’t hurt, but after the next Avengers outing, one wonders if another Thor film will be strictly necessary. 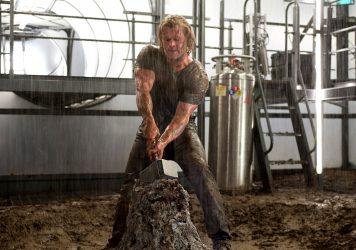