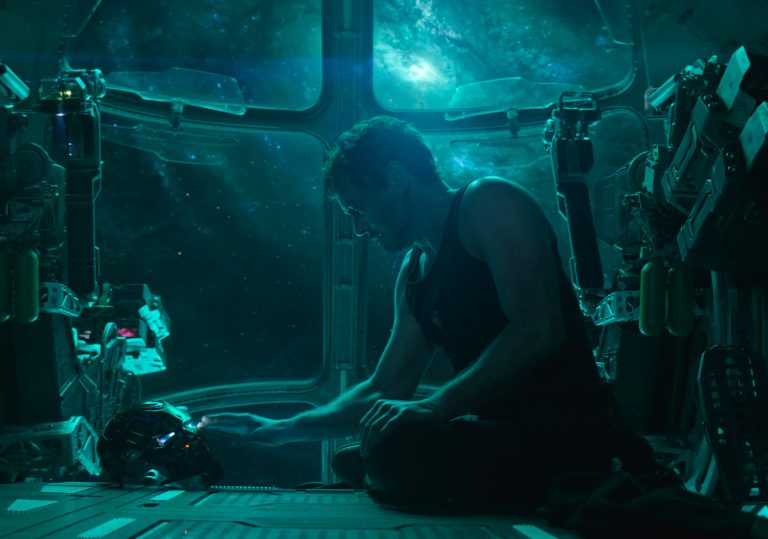 Blockbuster filmmaking at its zenith.

A potent reminder of all that’s good and bad about movies.

At the end of Avengers: Infinity War, our heroes were left in dire straights. The success of Thanos in eliminating half of all living creatures throughout the universe left but a handful of Earth’s mightiest heroes, including the OG Avengers, Iron Man (Robert Downey Jr), Captain America (Chris Evans), Black Widow (Scarlett Johansson) and Thor (Chris Hemsworth). Devastated not only by their losses but the idea that they have failed in their only objective, they more or less drift apart.

Five years later, the ravaged world seems no closer to its former glory. Grief is a black cloud which hangs over abandoned buildings, seas of rusted-out cars lingering in parking lots. In the aftermath of Thanos’ success, the world looks a lot like an episode of The Leftovers. Captain America chairs a support group for those grieving. Black Widow is de facto leader of what’s left of SHIELD. Hawkeye is enjoying an extended sojourn as a katana-wielding assassin.

Everyone is surviving, more or less, but the wounds of the past are still ugly and open rather than scars. With the surprise arrival of Scott “Ant-Man” Lang (Paul Rudd), previously assumed dead, comes a final chance for redemption, to right the wrongs of the past through a spot of time travel.

So follows an enjoyable trip down memory lane, covering 10 years of Marvel exploits, revisiting old territory, older and wiser and more equipped to confront the past. The three-hour runtime of Avengers: Endgame had many balking, but it zips along quickly – after so many films heavy on exposition and setting gears in motion, Anthony and Joe Russo have nothing to do but knock the dominos down. Much to their credit, they pull it off. 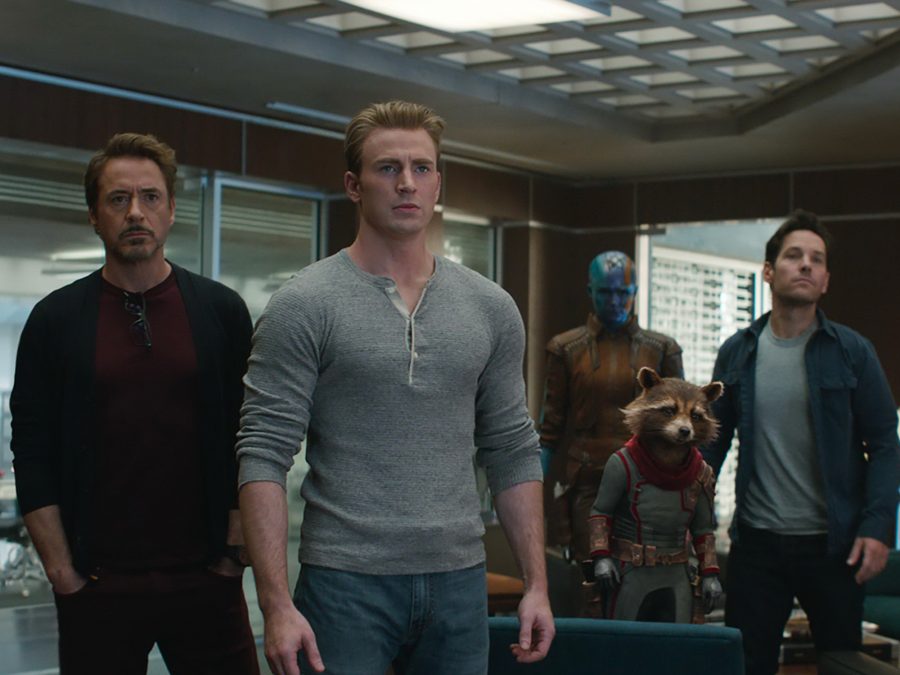 With the cast thinned out thanks to Thanos, there’s more time for individuals to shine. Not everyone’s favourite gets a moment, but there should be comfort in the fact they’ll probably be back in a year or so. We remember what a gifted comic actor Chris Hemsworth is, and how much Thor has come as a character since the figurative and literal Dark World. Downey Jr, Evans and Johansson are all given the opportunity to remind us that before they were part of this machine, they were telling stories with less flash and cash and more heart and soul.

As the body count stacks up, it’s a comfort to think that some of those who bow out from the MCU this year will hopefully go on to choose projects which challenge them as actors. Sometimes it’s easy to forget this talent – and often, the Marvel films forget it too. The stakes, which felt pleasingly real in Infinity War, feel real now too.

If only they could keep Alan Silvestri off those damn strings and learn that it’s okay to have silence in a big, expensive film. Some of the scenes really need a little more time to breathe. Similarly, bigger and bolder VFX doesn’t equal a more impressive spectacle: the best fight scenes in Endgame are ones shot at close range focusing on a single or few characters – Captains America and Marvel each get a pretty great one.

Endgame lacks the distinct identity of Marvel’s most interesting and successful projects, namely Black Panther and Thor: Ragnarok. There are no hallmarks to be had here, no real stylistic flair that doesn’t come down to things already established in past films. So it all falls to the narrative, and thankfully it’s a solid one: there’s plenty of levity as well as gravity in Christopher Markus and Stephen McFeely’s script, and the pair certainly embrace the weird and wonderful essence of comic books. Some fun storylines ripped straight from the pages themselves seem to be coming into frame, which suggests they might be ready to take more risks with the next phase of the MCU.

For those that have grown up immersed in a world with heroes and villains doing constant battle it’s 10 years’ worth of paydirt, and the self-indulgence can be forgiven. Marvel finally seem to realise they have no need to convert the cynics, and Endgame is, at its heart, about all the things superhero films always are: being true to yourself, the power of sacrifice, and the triumph of ‘good’ over ‘evil’ (if it’s ever that simple in the first place). When you start to detangle the knotty politics of the film, it falters, but it’s still liable to ignite a spark about anthropological ethics and the science of time travel. Not bad for a popcorn movie. 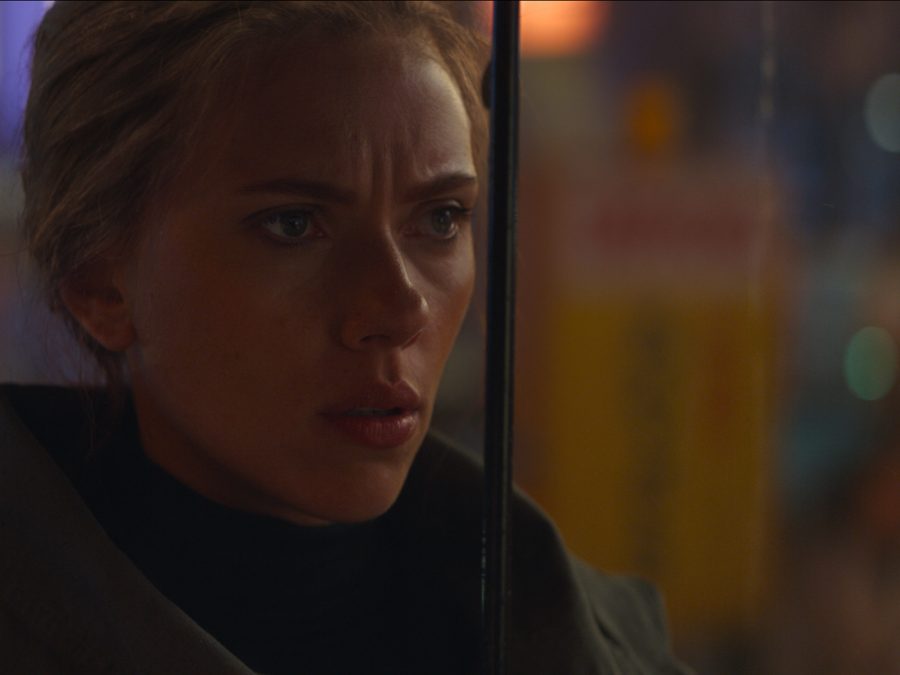 But the shine is tempered by something. How can we reconcile Disney as a corporation with a film like Avengers: Endgame, which is so earnest and strident in its belief that people will work selflessly towards the greater good? While independent cinema seems to be under threat – not least from Disney’s historic acquisition of Fox – the cogs of the machine keep turning with relentless precision and regularity. Every six months or so, a superhero film will arrive.

It will make vast sums of money. To quote another Disney blockbuster: “No one’s ever really gone”. For three hours of pure escapism, Endgame pays dividends, and to those who have invested in these fantastical character arcs, closure feels pretty fucking great. But films do not exist in a vacuum – no movie is ever ‘just a movie’.

Why do we love movies? Why do we dedicate such time, effort and expense to them as an artform? If you’re reading this, presumably it’s out of interest in them, be it passing or deep-rooted in the very fibre of your being. The reasons are almost infinite: they tell us who we are, who we could be. Where we came from, where we are, where we’re going. They take us away, they bring us home. They are our connection to past, present and future, to almost every corner of the planet. The art of cinema, bluntly put, is the art of being alive.

As satisfying as all those callbacks and payoff moments are in Endgame, nothing beats the feeling of ownership and belonging than comes with finding something in films to truly call your own. Marvel movies provide that for many people, and we can impotently rage against, or rally to champion the voices in cinema that really need that ferocious energy behind them. Disney and Marvel are never the be-all and end-all, and we must do what we can to ensure that their films exist as they should: alongside movies from all over the world, about all of the world. We still have so far to go.

Blockbuster filmmaking at its zenith.

A potent reminder of all that’s good and bad about movies.