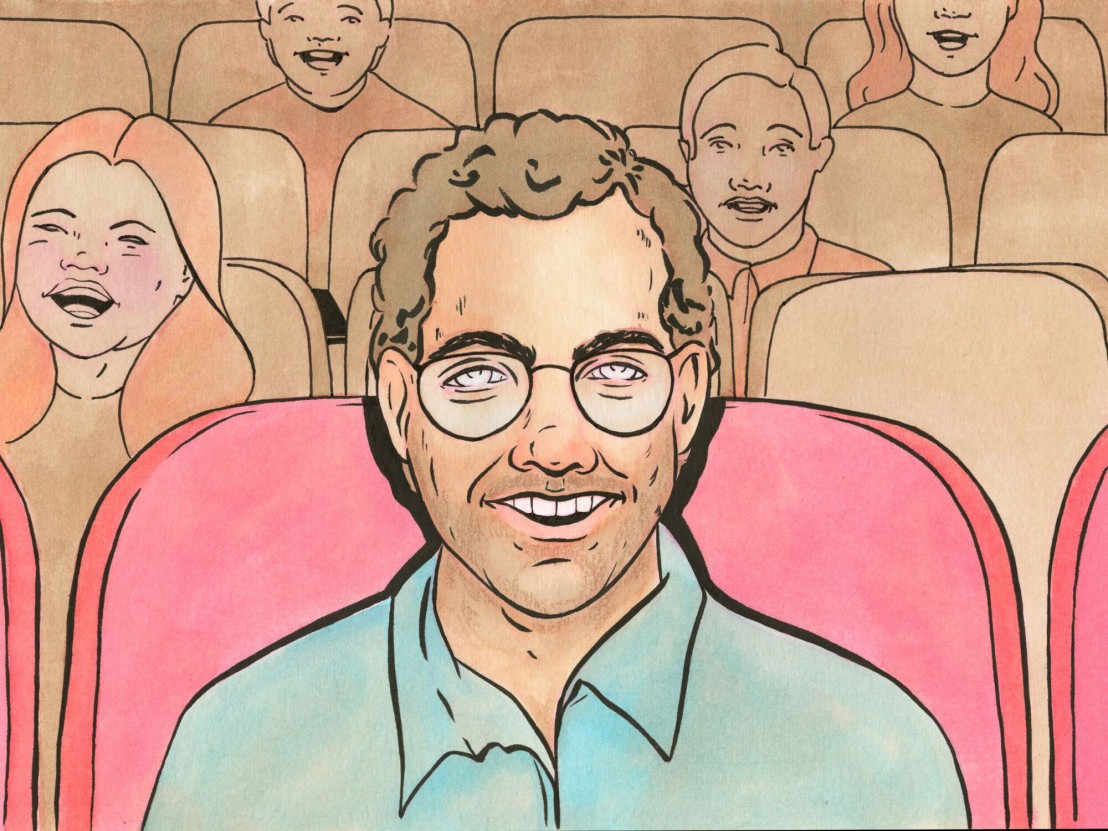 Todd Phillips has worked in Hollywood long enough to know exactly how the game works and how to play it. He dropped out of film school in the early ’90s to make a documentary about the notorious punk rocker GG Allin, and by the end of the decade he was making his first mainstream comedy, the American Pie-lite college romp, Road Trip. Yet despite going on to achieve massive commercial success with The Hangover films and 2010’s Due Date, his career trajectory up to this point has been neither calculated nor especially tactical. He has no interest in making a Marvel movie or rebooting a franchise for a quick buck. His philosophy is simple: make the movies that you would go see.

Comedy is Phillips’ forte – specifically buddy movies of the barf-and-banter variety – and although his new film, War Dogs, isn’t quite the laugh-a-minute thrill ride you might be expecting, it nonetheless feels like a natural extension of his filmmaking style. It’s funny, but it’s also Phillips’ most dramatic and political film, owing to the fact that it takes place during the Iraq War and tells the insane true story of a pair of cocky, Scarface-aspiring gun runners (played by Jonah Hill and Miles Teller) who bite off more than they can chew. We sat down with the writer/director recently to discuss some of the film’s themes and get his thoughts on the state of modern comedy.

LWLies: War Dogs isn’t strictly a political film, but it resonates partly because of the fact we’re still dealing with the fallout of the Iraq War.

Phillips: Yeah, well this movie takes place at a time when America’s foreign policy couldn’t have been worse, when our boy George Bush was running the shit show. The reason I wanted to make this movie wasn’t political, although I do believe in the politics of the movies. But really, the part that blew my mind was the fact that this was a true story. Ultimately, at the end of the movie, you realise that it’s not an indictment on these two kids who just found a loophole and took advantage of it, it’s actually an indictment on the Pentagon and their lack of oversight and their willingness to look the other way when it benefitted them. So in that respect it’s very much a political statement, but it’s the truth that turned me on to it.

There’s a lot of talk about how we’ve now entered the post-satire age. What’s your take on that?

It certainly seems that way. Also there’s a thing going on right now where the world as a whole is waking up to the fact that the system is rigged, that the shit is stacked up against the little guy. So when you get movies like The Big Short or Money Monster or hopefully even this movie, you realise that these characters are pawns. I do feel like that’s become more of a thing recently in movies. It happens to be Trump’s theme, even though he couldn’t be more part of the fucking system if he tried. The guy has balls, you’ve got to give him that.

The Pentagon is conspicuous in its absence in War Dogs. It feels shady and faceless. Was that a conscious reflection of how the organisation appears from the perspective of ordinary American citizens?

It was, because these guys didn’t deal with the Pentagon directly all that much. What the Pentagon was doing was using all these middle men that gave them just the right amount of distance. The reality is you couldn’t source 100 million rounds of AK ammunition in the world unless you did it in a nefarious way. The Pentagon knew that; there was a drought after two Iraq wars, so they knew these kids were going to acquire them illegally. Bradley Cooper’s character says in the movie, “The government wants to look the other way, don’t give them a reason not to.” They gave them a reason not to because they ended up on the cover of the New York Times.

This feels like a darker, more mature film than we’re used to seeing from you.

Yeah, I mean the Hangover films got pretty dark…

Sure, but this isn’t a comedy in the conventional sense…

Right. The thing is, there’s drama here. I guess it is a more mature film. It’s a true story and we wanted to make it as real as possible, so we tried to stick close to the story. I think one of the films that helps things feel more real is, real life is a blend of comedy and drama: your days days are never entirely dramatic, and they’re probably never entirely comedic. Life has its moments, you know – even when you’re ridiculously sad something funny can happen. I think that helps to ground it and make it feel more authentic and real. It wasn’t like I was trying to do a hybrid thing.

Whether it’s The Hangover films or this, do you always get to make the movies you want to make?

I would say so. I’ve been offered some pretty big movies, superheroes movies and other stuff of that ilk. Those aren’t the movies that I go see. The stuff I make generally lies within my taste at that particular point in my life. I wouldn’t even make Road Trip now but at that moment that was a movie I would have gone to see. I kind of go with my taste above thinking of my career and what would be a smart movie for me to make. I had built up a lot of goodwill at Warner Bros; we made four movies in five years that all made a good amount of money for them which is what they worry about. So I was able to use some of that goodwill to get War Dogs made. This isn’t a movie that would get made in most studios.

A little bit, sure. The thing is, in Hollywood goodwill is perishable – it doesn’t last forever, so you’ve got to use it while you can. So that’s what I did, because I wanted to tell a story that was a little bit different from what I’ve done before. What I’m saying is, it’s not like the studio were dying to make this movie. They’re whole thing was, ‘Okay, we believe in you, put a good cast together and go.’

What are the stories that excite you now?

Stuff like this, stuff that’s based in reality. It’s funny, my little production company that I started when I was first getting into making films was called Stranger Than Fiction Films. It’s very much always been in my blood, telling stories that explore and uncover the absurdness of reality. But my favourite thing in the world is directing comedies. That’s what I really get a kick out of. There’s nothing quite like getting 500 people in a movie theatre to laugh at the same time, it’s pretty exhilarating.

Adding laughter into the world is never a bad thing, right?

You know, one of my favourite things is when someone recognises me – which is not that often by the way – and tell me that they saw one of my movies on TV or whatever and it put them in a good mood. It feels good to bring a little humour into people’s lives.

A lot of people will recognise you from your cameos appearances in your movies – is there a reason that character doesn’t feature in War Dogs?

He doesn’t show up in every movie. His name is Barry, by the way. He actually just outright refused to work with Jonah Hill – I think there’s an existing beef there. No… it’s just a random thing, I only really do it if I feel particularly inspired. He wasn’t in Hangover 2 but he was in one and three, he was in Due Date. He’s the same guy. If you actually track him through the movies… In Due Date he’s living with Juliette Lewis’ character, who he slept with in Old School, and he’s raising Will Ferrell’s kids from Old School in Due Date.

It is. But you know, every dog has his day…

Have you ever seen that supercut someone made of every McBain clip in The Simpsons? If you put every sequence together it reveals an entire movie within the show.

Is that true?! That’s amazing. I’m watching that as soon as I get home.

What’s the secret to good comedy?

I think casting. If you put the right group of people together, as long as they come from different places comedically, as long as you’re not tapping the same nerve, you’re gonna get that thing that everyone looks for which is chemistry. Casting is everything, and not just to comedy but every movie. When it works well, you shouldn’t be able to picture another actor in that role. You know you hear those stories about how Will Smith was going to play Neo in the Matrix – how weird would that be? It probably would have been fucking awesome, but in your mind it just doesn’t work.

Were Jonah and Miles your number one targets for this movie?

We wrote the movie for Jonah, so I wasn’t going to accept a no from him. It took us a while to pin him down though, he’s a busy guy, and he’s selective too. The reason we wanted him is that he identifies the tone of the movie just by being in it – in other words, the fact that he’s done drama and done comedy means he’s able to convey the tone of the movie on the poster or whatever. And Miles is really a busy guy as well, he works more than a fucking porn actor. He was a great counterpunch to Jonah though, and it was important that we found someone who felt grounded and sympathetic.

What makes you laugh?

Danger; comedic danger. Will Ferrell to me is dangerous, and by that I mean when I see him in a movie I don’t know what the fuck he’s going to do. And especially when you have a face like Will, who has these really angelic eyes. His thing is, he never meant to do wrong but he always does wrong. I love that.

What I love about movies is what’s disappearing which is the group experience. When I make a movie, the way we choose music and way we choose wardrobe for a film, I’m thinking about the audience’s reaction to a moment. So nothing bums me out more than where everything is headed now, which is iPhone’s and TV. We’re going to lose that shared experience, which is so precious and so powerful. 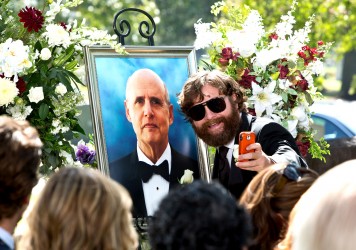