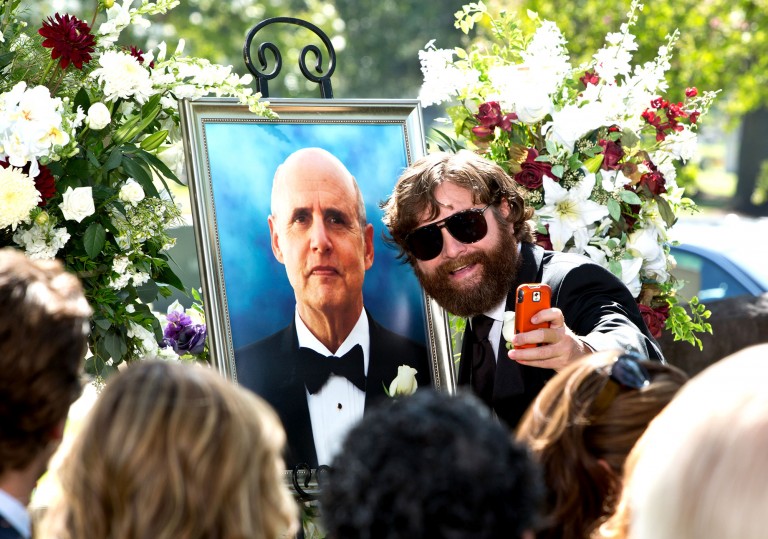 Despite a marketing campaign that has attempted to present H3 as some Gabbo-level Must See Movie Event, it’s hard not to expect more of the same.

Passable, but no standout moments or any particularly invigorating comic invention.

An acceptable end to an acceptable franchise, but who will remember any but the first film in a few years time?

“The end of laughter and soft lies… The end of nights we tried to die… This is the end.” – ‘The End’, The Doors

Yes, a comedic era comes to a conclusion with this, the closing chapter of the Hangover saga. An age in which libertarian heroes were born to great deeds now fades into legend. Or at least that’s what the makers of this third and apparently final incursion into the frat-pack debauchery of cinema’s longest stag-do would have us believe. So certain are they that the movie-going world holds this intermittently entertaining franchise’s tolerable quartet of grade-A prank-spanners as close to their hearts as they do Sam and Frodo or Han, Luke and Leia.

This time out there’s no hangover to bind the guys together and propel the plot into a causally-nonsensical parade of compromising situations. Instead, weird-beard Alan’s (Zak Galifianakis) increasingly sociopathic behaviour is the spur for the Wolfpack to reconvene in order to drive him to Arizona for a course of corrective therapy in some upscale laughing academy. In other words: road trip!

In short order they are run off the highway by some cartoon banditos led by John Goodman, and Doug (poor Justin Bartha, who in the course of these films has spent more screentime with a bag on his head than anyone since John Hurt in The Elephant Man) is taken hostage until such time as the guys can locate the whereabouts of… wait for it… yes, Lesley Chow (Ken Jeong) – who has made off with a goodly pile of Goodman’s loot.

Cue one long, just-about-bearable volley of off-the-peg Tex-Mex double-crosses, some middling carnage, and Galifianakis clearly writing his own dialogue on the hoof and stealing the show in the process. Not that there’s much competition. The other two Wolfpackers – and theoretical leads – Bradley Cooper and Ed Helms look notably distracted throughout, as if this particular party’s gone on just a bit too long for them and they could really do with freshening up and getting on with other business. Jeong, as ever, is a treat, but even though his totes crazyballs schtick never gets old, it has started to get a little repetitive.

And so the curtain falls. The monster success of this somewhat unlikely franchise has confused many. Credited with reinventing the ‘raunchy comedy’, looking back it’s noticeable just how tame the whole thing has been. In the first film, for instance, all the boozing takes place offscreen, nobody has sex, nobody dies, and the one instance of drug taking is involuntary. It’s hardly lagergeddon.

What the series has offered is some bawdily genial japes with a decent bunch of actors who all share an undeniable chemistry. Well and good, but don’t go into The Hangover Part III expecting the sort of epic conclusion or ‘Rosebud’-style requiem to the passing of an age promised by the marketing posters – it’s only shits’n’giggles, brah.

Despite a marketing campaign that has attempted to present H3 as some Gabbo-level Must See Movie Event, it’s hard not to expect more of the same.

Passable, but no standout moments or any particularly invigorating comic invention.

An acceptable end to an acceptable franchise, but who will remember any but the first film in a few years time?