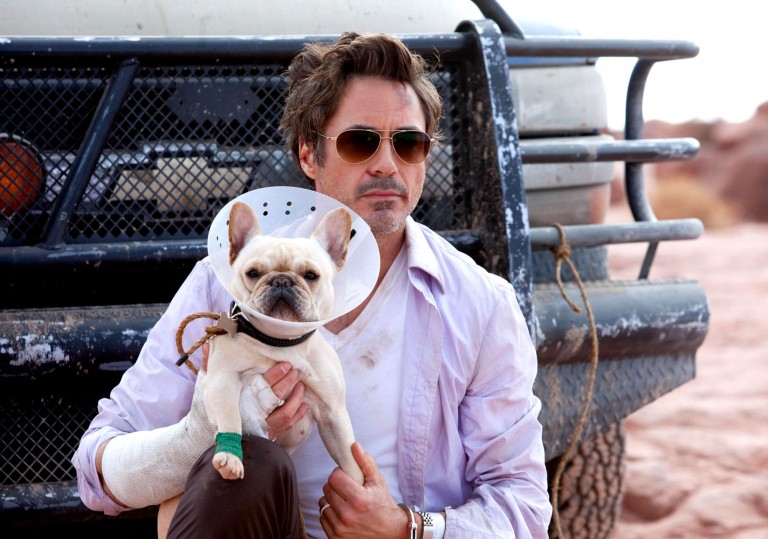 ‘From the director of The Hangover’, but any film boasting a comedy animal in its poster is not to be trusted.

Better than the trailer suggests but not a total riot.

Try as it may, Due Date never really manages to escape its rather tired ‘odd couple’ concept.

After the surprisingly acclaimed ‘lads on tour’ comedy The Hangover made just under $500 million worldwide, Warner execs were surely in a state of feverous anticipation for writer-director Todd Phillips’ next money-maker. After giving him the greenlight for whatever next popped into his head, it appears that Phillips headed home, got stoned and fell asleep while watching Planes, Trains and Automobiles. The result: Due Date.

Harangued architect Robert Downey Jr needs to get back to LA so he can see his wife (the distractingly asexual Michelle Monaghan) give birth. But after an encounter with the unhinged Zach Galifianakis at the airport, things start to go horribly wrong. Through a set of rather strained circumstances, the mismatched pair are forced to drive the entire cross-country journey together. Hilarity ensues.

Try as it may, Due Date never really manages to escape its rather tired ‘odd couple’ concept. It doesn’t help that the odder of the two is played by Zach Galifianakis, who recycles the exact same character that he played in The Hangover. Only this time he has a dog, instead of a baby. His never-ending array of quirks sometimes hit the spot, and in a couple of scenes they also strike a genuinely poignant note, but his watered down Hangover shtick suggests that worryingly he may be a one trick pony. He’s two films away – one involving a talking animal – from becoming the next Will Ferrell.

Downey Jr takes a step back for most of the film, allowing Galifianakis to showboat. The rare moments that we do get an insight into his character are surprisingly dark (a particularly jaw-dropping scene involves him punching a young boy), and it’s at these moments that you wish the film spent more time on the dark side. Instead the film relies on far too much frantic slapstick and pointless cameos. Jamie Foxx, in particular, appears to have turned up just because he was in the area and had a couple of hours to waste.

Due Date is watchable and will probably make a serious dent at the box office, but unlike The Hangover it isn’t re-watchable. We’ve seen both stars here before and we’ll definitely see Galifianakis here again. A smattering of funny moments and a lack of anything truly detestable make it a comedy about a journey probably best to be enjoyed while on a journey yourself.

‘From the director of The Hangover’, but any film boasting a comedy animal in its poster is not to be trusted.

Better than the trailer suggests but not a total riot.