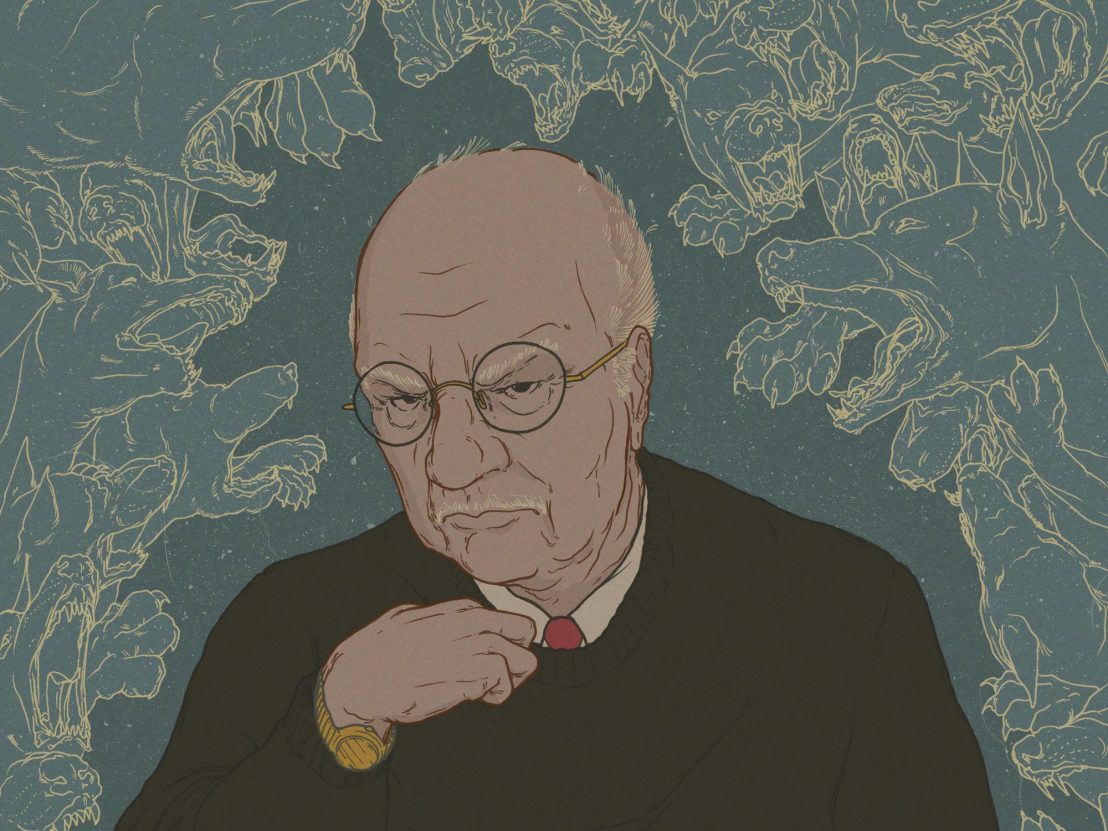 He was a film critic and student of Pauline Kael. He was the highest paid screenwriter in Hollywood history when he sold his script for The Yakuza in 1973. Two years later he wrote Taxi Driver, before making his directorial debut with Blue Collar. He entered the ’80s with three masterpieces in a row, and with more to come. He’s battled studios and producers over his right to final cut. He survived working with Lindsay Lohan. Now’s he’s back with his most stylistically outré work in years. With Dog Eat Dog in cinemas, we sat down for a chat with the living legend that is Paul Schrader.

LWLies: You founded your own cinema magazine, right?

Schrader: Well, there was one I did found, but I guess you’re talking about a movie magazine called Cinema? Before I was the editor, Curtis Hanson was the editor, it was owned by Curtis’ uncle.

Criticism was something of a movement back then, with internal movements of its own.

I was writing for the LA Free Press, which was a radical publication, alternative press of about 100,000 circulation. We were part of the movement, and film critics were a part of that movement too. It seems strange now. Through some odd serendipity or weird twist of fate, I got interested in intellectual movies when I was at college, in the seminary. I got interested in Bergman. I couldn’t see movies in Grand Rapids because they didn’t have theatres. So I went over the summer to Columbia University and took some courses, just so I could see films, and then by happenstance I was in a bar one night with someone and they knew Pauline Kael. We ended up having dinner with her and one thing led to another. I was a seminarian at the time, and she said to me, “You don’t wanna be a minister, you wanna be a film critic!” She got me into UCLA and got me the job at the Free Press.

Was she a big influence on your writing in the beginning?

She cast a long shadow. She had a number of acolytes – ‘Paulettes’ – but her style was pretty inimitable. Of course I was affected by it, though. One of the reasons she had power at that time was that she had these connections. I remember her calling up and saying that we have to get behind La Chinoise. So not only did she write a review, but seven or eight other reviews would get written. But then, Godard was the guy you went to the barricades for.

It’s hard to imagine a film like that getting made today.

People talk about the ‘Golden Age’ of Hollywood in the late ’60s and early ’70s. It wasn’t that the films were better or the filmmakers were better, it was the audiences that were better. It was a time of social stress and audiences turned to artists for answers. What do you think about women’s rights? What do you think about the war? The moment that a society turns to artists for answers, great art will emerge. It’s just that simple. It just happens. Back then, movies were at the centre of the cultural conversation. Bonnie and Clyde was smack in the centre, so was The Godfather. Now today, a great number of younger people, my children for example, do not think that movies are important. When audiences don’t think movies are important, it’s very hard to make important movies. That’s the difference.

How has criticism changed since then?

Criticism has become democratised, because of the internet. Everybody is a critic. Of course, nobody can make a living at it. There is a lot of good writing out there, but there is a question of whether it’s better or worse. Jonathan Rosenbaum was asked about this recently, and he said that he thought it was better, because even though he has a smaller audience than he did when he was working for the Chicago Reader, the audience he does have is really interested in what he has to say.

How do you think the way movies are looked at has changed over the years, compared to what you were doing?

I was doing two things. I was writing some popular criticism that addressed the social situation, but on the other hand I was interested in what I saw as a certain type of style, a spiritual style in films. That was an entirely different reading of films, looking at them purely as a stylistic exercise, not as social content. That wasn’t something that Pauline was interested in.

Did this interest in spirituality in cinema, what became Transcendental Style emerge from a position of belief?

When I graduated from the seminary and started to get interested in movies, I began to see bridges. I was looking around and couldn’t find anyone else writing in this area. I felt I was too young to write the book, but I knew that if I waited another year I would never write it, because you had to spend a year writing it for free. I had this year or two where I could still work for nothing before life intervened and I actually had to start making some money. So I wrote it prematurely, but now I’ve returned to it. The last couple of years I’ve been researching a long piece called ‘Rethinking Transcendental Style’, which covers the 45 years since that book was published, from Tarkovsky to the present. It’s all about Slow Cinema and the use of boredom as an aesthetic tool. That’ll be published next year.

Which contemporary filmmakers do you think come closest to realising that pinprick of transcendentalism?

It struck me that there were three directions that this kind of quiet cinema was moving. Once it broke free from Tarkovsky and moved out of the theatre, it started moving towards where it was more comfortable, which was the art gallery – or in some cases the closed-circuit camera, if you’re talking about Wang Bing. There are still films that work in that transcendental style, but there are other slow films that are really gallery installations. It’s very hard today too go to an art gallery and not see a movie.

Do you find a lot of Slow Cinema can be quite self-consciously imitative? Quite literally if you take something like Reygadas’ Silent Light.

But that’s a great film! It’s a wonderfully conceived remake of Ordet. Did you see Stations of the Cross? That works very much in that way. So did Ida, the Pawel Pawlikowski film. Films can still work in that way.

Your next film sounds like you could be heading back in that direction?

I’m gonna try. I was having dinner with Pawlikowski in New York, and as I was walking back to my apartment, he got me thinking. I said, ‘Y’know, I think it’s time.’

How do you go about writing a film like that. These films all work towards a particular moment do you start with that and work backwards, or…?

We were disappointed you didn’t write Silence for Scorsese, that book has you written all over it.

Do you think it’s possible to make a ‘serious’ movie in the mainstream now, or are seriousness and commercialism incompatible?

What is the commercial cinema now? Theatrical is dying. The distribution goal with Dog Eat Dog for example, in the US, is to be number one on VOD on opening weekend. Everything else is used to achieve that goal. Theatrical, festivals, everything. Because there is so much product out there, and so much is available on-demand, people really don’t have the time to research it. So they just look at the charts. They look at the top five and if there’s one they’re interested in they see it. And then you make money. Just having it out there on VOD doesn’t make you money any more.

So theatrical is just in service of on-demand?

For most films, yes. Obviously there are still parts of the world where theatrical is still a powerful engine, but it’s becoming less so in the US.

You took five years between Adam Resurrected and The Canyons…

Was it? [Schrader takes out his phone]

Yeah. Hahahaaa! Gee, it was! It didn’t feel that long. I think in that gap, I was gonna do a film with Brett called Bait. It was with with Spanish money, but it fell through. I said to Brett, ‘Y’know, people censor your work, people censor my work, the economics of film is changing, why don’t you write it, I’ll direct it, we’ll pay for it and we’ll just make it?’ That was the challenge of the film more than anything else. Can I do this? Can we pull this off? We did pull it off and we did make money, but I wouldn’t do it again.

You wouldn’t do the Kickstarter thing again?

It’s exhausting, and that situation was also exhausting. But we got out of it and it all worked. I’m sure you read that article…

The New York Times one?

The most read article of the year!

A lot of your contemporaries, with obvious exceptions like Scorsese, are struggling to get things made, but you’re getting into the trenches and re-thinking the way you approach production…

Every film is a struggle, except for certain of my contemporaries. I mean, Steven [Spielberg] isn’t really struggling…

I just ran into Walter in Toronto. First time I’d seen him in 35 years.

Did you see the film?

Hmmm. You know what’s strange about it? It’s an old script, it’s been around since the ’70s, even know it sounds so contemporary. What I was trying to do with Dog Eat Dog was make a film that feels like it was made right now, and Walter’s doesn’t. You have to see it for yourself. It has one other problem which is basically insurmountable, which is that Michelle Rodriguez is not a credible man. She plays a man for the first 15 minutes, but the walk isn’t right and you’re watching a girl pretending to be a man. It’s one thing to see a cross-dresser, that’s fine, but you’re not supposed to this this is a cross-dresser, you’re supposed to think it’s a man.

It throws political correctness to the wolves?

Yeah, but who cares? 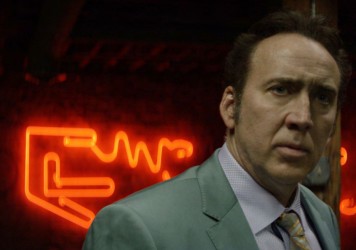