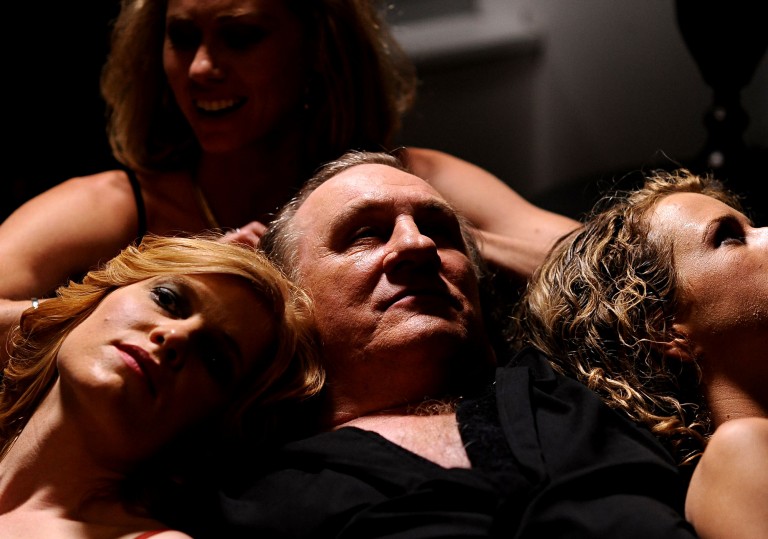 The uncompromising American auteur takes on the notorious Dominique Strauss-Kahn.

Despite an elemental focus, Ferrara has fashioned a casually complex moral tale.

Director Abel Ferrara’s Welcome to New York opens with a pre-credits interview which doubles as both an act of disclosure and discretion. In it, star Gérard Depardieu (as himself), acknowledges a common discrepancy in the art of acting: namely, that while he portrays an unsympathetic character — or in this case, via an unsubtle dramatisation of France’s former financial ambassador Dominique Strauss-Kahn, a rather vile one — he doesn’t condone or endorse his subject’s actions.

Coming from another director, this preamble could play as an attempt to preemptively diffuse allegations that the film may in fact be celebrating such behaviour. But from Ferrara, one of the most volatile and uncompromising of American auteurs, it further functions as a meta-cinematic comment on the performances which, at one point or another, we’re all inclined to indulge.

Further suggesting a kind of universal depravity, Ferrara opts not to contextualise his film. Indeed, the entire narrative of Welcome to New York unfurls over the course of a few evenings, from the arrival of Devereaux, our Strauss-Kahn surrogate, in Manhattan to his subsequent house arrest following the attempted rape of a hotel maid. For Ferrara (and by extension, Depardieu) there’s nothing but the animalistic drive of this man — no explanations, no psychology, no remorse. The film is likewise singular in its depiction of Devereaux’s pleasures and perversions. Beginning with what can discreetly be described as a 30-minute compendium of sexual liaisons, it is, in actuality, an orgy of indeterminate identities, a veritable overture of consumption and consummation — of limbs, liquids, liquors, and all things lascivious.

Following Devereaux’s initial detention, a series of scenes detailing his incarceration unfold in near-real time. There’s a pointedly procedural sense to these sequences; set inside a New York penitentiary, we watch as Devereaux is stripped naked and searched thoroughly, before being placed in a holding cell. In one of the film’s few genuinely hilarious (rather than tensely humorous) moments, Ferrara’s camera holds close on Devereaux as he paces back-and-forth in the cell, literally growling at his fellow inmates as they — and he in turn — attempt to intimidate.

The only break in the film’s elemental focus transpires in a late montage as Devereaux reflects, in voiceover, upon the preceding events while overlooking the city’s skyline. “I don’t have feelings. I don’t feel guilty,” Devereaux announces as he awaits trial, while his wife, Simone (Jacqueline Bisset) — privy to her husband’s indiscretions but without imminent claim to recourse herself, lest she damage her own political plans — exasperatedly chastises his behaviour. Ferrara continues to excel in his depiction of such moral grey areas, and Welcome to New York proceeds to end on an appropriately ambiguous note — slyly appropriate, that is, as the film has long since handed out its verdict.

The uncompromising American auteur takes on the notorious Dominique Strauss-Kahn.

Despite an elemental focus, Ferrara has fashioned a casually complex moral tale.