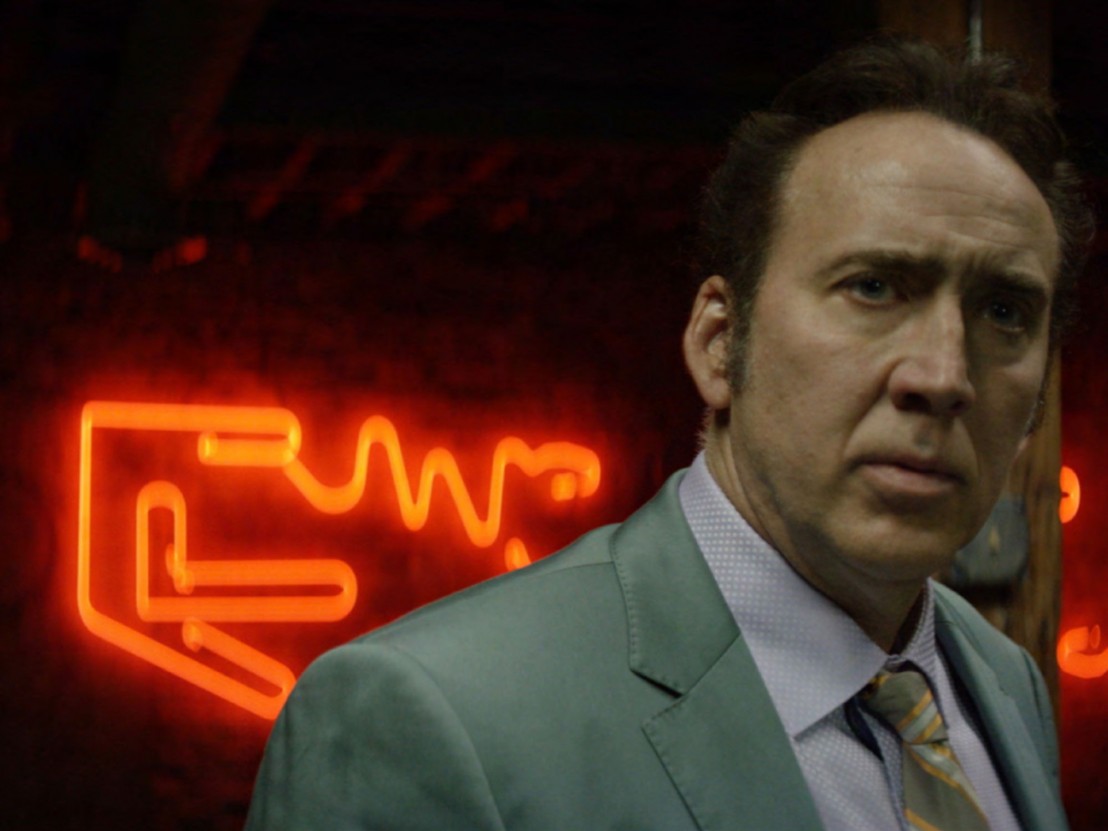 Hey kids, who remembers the ’90s? They were so cool! Indie movies, florid dialogue, loud colours, tilty angles, postmodern takes on classic movies… Dog Eat Dog, adapted from the late screen actor Edward Bunker’s 1996 novel, sees director Paul Schrader making flippant lark which looks back to that hallowed era, but also mocks it brutally and relentlessly. It doesn’t just mock it, it shoots holes in the floor and makes it dance a jig for sick kicks.

The first irony here is that the story takes place in the unlovely-looking city of Cleveland (referred to hopefully as “The Big C”), whose landscape comprises solely of strip malls and strip clubs. It sees a trio of two-time losers on a road to oblivion, adamant to get rich or die trying. Troy (Nicolas Cage) is the brains, a man of style and refined taste, but still quick to violence. Then there’s Diesel (Christopher Matthew Cook), a gentle giant who is also quick to violence. And finally there’s Mad Dog (Willem Dafoe) who has no other traits bar the fact that he is quick to violence.

Schrader posts these hapless recidivists on a journey – quite literally, as he plays Troy’s wiseguy underworld contact – in the hope that they’ll make enough cash to jet off to Hawaii so we’ll never see them again. But things start to go wrong before anything has even happened. Their fate is sealed from an early scene in which they tool around in a dance club, celebrating their recent freedom from prison. These are low-rent guys, chancers with zero idea of the obstacles that stand in the way of their dreams.

The film is at its best when the focus drifts away from the plot towards the banal details of their tinpot criminal endeavours. A scene where Cage is striding through a car park while speaking on a phone leads to comedy gold when he walks in front of a moving car and almost (but not quite) goes nutso berserk. He waves them on in a ‘you got lucky this time, punks’ manner, hilariously thumbing from behind his back. It’s become something of a cliche to cheerlead for stock Cage wackiness, but he proves time and time again that he has a rare screen magnetism. For better or worse, it’s impossible to take your eyes off him, and Schrader extracts the best from him.

As with his vastly underrated porn industry satire, The Canyons, this new film possesses a nothing-to-loose energy that powers it inelegantly past the finish line and beyond. It feels like the kind of film that Robert Rodriguez has been trying and failing to make for the past 20 years, with its ultra salty banter, perpetual wisecracking, casual violence and a dark soul that glimmers with nostalgic reverence. And while that might sound like damning the film with faint praise, a less mealy-mouthed assessment would be that Dog Eat Dog achieves everything it sets out to do, and it sets out to offer a no-questions-asked cheap shot of dirty fun. 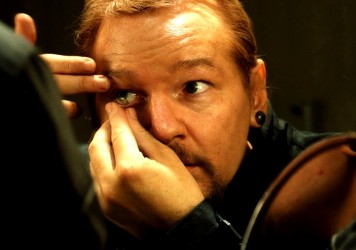