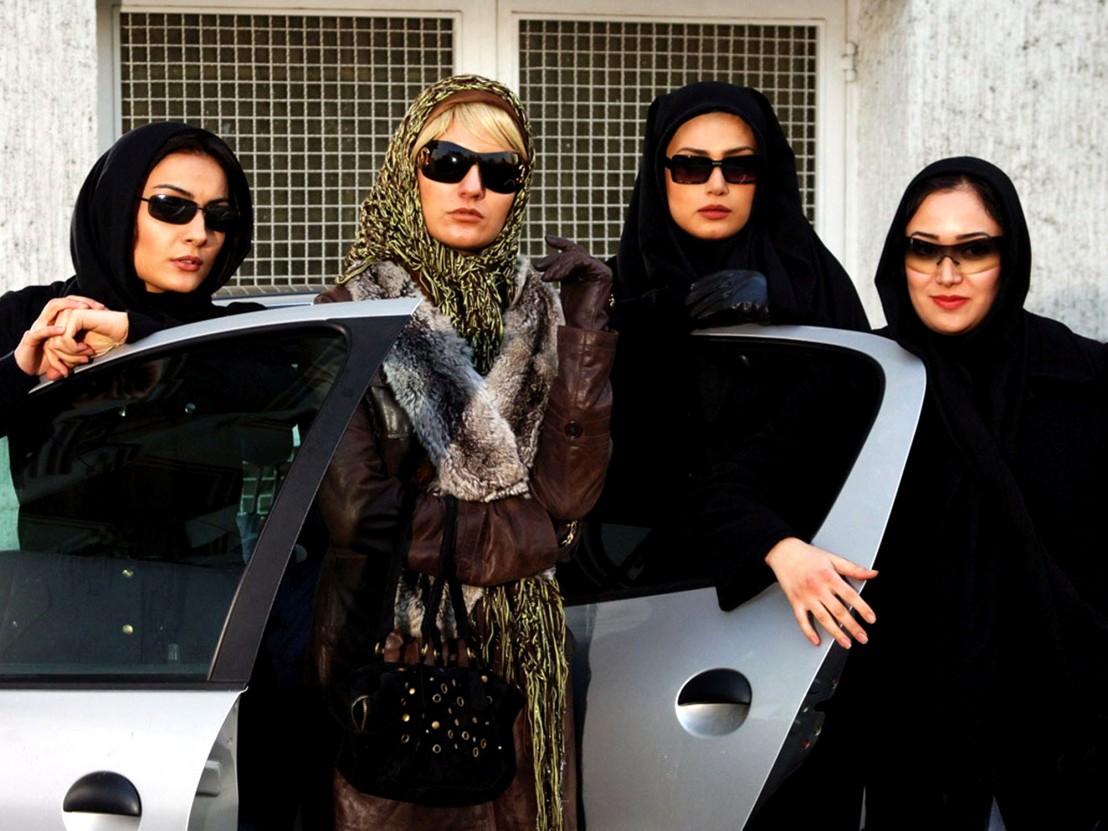 The Middle East remains a mystery to a vast portion of mainstream Western media, but talk to world cinema lovers and avid film festival goers and they’ll likely speak of the region’s creativity with great admiration. That the Fajr International Film Festival (FIFF) – the largest annual event on Iran’s film calendar – is now in its 34th year is itself a statement of intent on behalf of the nation’s diverse audience and filmmaking talent.

Iranian films have won over 300 international awards over the last decade, and the Iranian New Wave is regarded as one of the most vital contemporary art-house movements. Despite an increasingly complex distribution network, a spike in censorship and reduced creative control, all coming into effect since the Islamic Revolution of 1979, the region’s cinema continues to thrive. With the FIFF underway, here are five high-profile Iranian directors to follow.

Director, screenwriter, photographer and film producer Kiarostami has been active since before the Revolution, but garnered wider acclaim during the ’80s before winning the Palme d’Or with 1997’s Taste of Cherry – a time when the US embargo and first Gulf War were creating negative preconceptions of Iran. Yet Kiarostami’s work deals with both political and philosophical issues in an evocative and poetic way. Considered by many to be the most distinctive voice in Iranian cinema, his films fuse simplicity and complexity, fiction and non-fiction, while typically drawing on everyday life, rural hardship and the individual in Iranian society. Despite his success on the international stage, the Iranian government refuses to permit screenings of some of his films.

Feminist activist and filmmaker Tahmineh Milani’s work puts social realities front and centre. Her criticism of certain nepotistic and hypocritical practices of the Islamic Republic’s administration have earned her a youthful following in Iran and landed her in trouble with the authorities. Imprisoned in 2001 for propagating ‘anti-revolutionary’ sentiments in her film The Hidden Half – with its love story between a radical university student and an older man – Milani was released following protests from world-famous directors including Francis Ford Coppola and Martin Scorsese.

Her cinema holds a critical mirror to society, and Milani believes the task of filmmakers is harder than that of artists – both due to the specific obstacles faced in Islamic culture and due to cinema’s greater educational and critical capacity. Two Women was groundbreaking in its questioning of women’s free and thankless labours within the domestic space as mothers and housekeepers. In 2003 Milani received the Grand Prix from the Geneva International Film Festival Tout Ecran for The Fifth Reaction, and later the Best Picture award at the LA Film Festival for The Unwanted Woman. Her works paint Iranian women with agency, and examines resilience in trying situations.

A former assistant to Kiarostami in the mid-’90s, Panahi made a number of his own films in the early 2000s about ordinary life in modern Iran. These included the story of a traumatised war veteran in Crimson Gold and the tribulations faced by three female ex-cons – a nod to the wider imprisonment of all women – with The Circle, which saw him run afoul of the Iranian government. He was prevented from leaving the country and banned from making films for 20 years, yet continued to work under the radar, releasing works in collaboration with other directors.

His self-referential This Is Not a Film was smuggled into Cannes on a USB stick hidden in a cake. Both a nod to his mentor Kiarostami’s Ten and a semi-spontaneous, semi-scripted exercise in immersing the viewer into Iranian people’s daily lives, Taxi Tehran earned Panahi the Golden Bear at the 2015 Berlin Film Festival. In this self-reflexive and enjoyable ride through the city – Panahi himself acting as our guide – we spend the day in the company of a bootleg DVD seller, a human rights lawyer and a nine-year-old aspiring filmmaker.

The daughter of one of the directors who paved the way for the Iranian New Wave, Mohsen Makhmalbaf, Samira Makhmalbaf has been an internationally acclaimed filmmaker and screenwriter since her early twenties. Her step-mother, Marzieh Meshkini, is also a significant filmmaker in her own right, while her younger sister Hana’s found-footage and documentary films thrust her into the festival circuit at 18. This creative family environment was influential for the now 30-year-old filmmaker, but Makhmalbaf’s directorial style remains distinct, casting almost an anthropological eye over the border regions and practices of Iranian society.

In both The Apple and The Day I Became a Woman, Makhmalbaf charts the subjective experience of several female characters, investigating interior states and spaces through the exterior appearance of objects and social structures – although her films also spend considerable time observing their male characters. Shot in Afghanistan, her 2008 film Two-Legged Horse was put on hold because of a bombing targeted specifically at the film crew. It eventually opened at the Toronto International Film Festival and is one of her most important works.

Asghar Farhadi (A Separation, The Past)

Farhadi may be the most familiar name to UK and US audiences, having made critical and commercial breakthroughs with A Separation in 2011, which deals with a Muslim couple’s divorce, and The Past in 2013, starring Bérénice Bejo in a diaspora tale of broken families. The former became the first Iranian movie to win the Oscar for Best Foreign Language Film, while the latter was nominated for a BAFTA and a Golden Globe.

His work has its roots in the films of Iranian New Wave masters like Kiarostami, but it also evokes other non-Western auteurs, such as Satyajit Ray, through its complex female leads. Universal themes of love, jealousy and distrust run through Farhadi’s films, the walking-on-eggshells relationships he likes to explore drawing context and tension from the meeting of Eastern and Western cultures, the politics of everyday life and the contrast in social expectations for men and women. The director’s new project, Forushande, is currently in production, and it bodes well that he has chosen to work in Tehran once again, keeping this fascinating region on the radar.