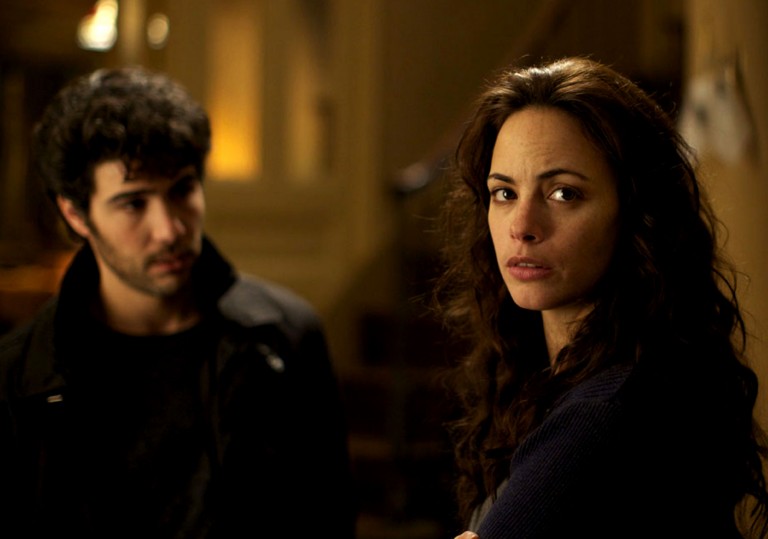 Will the director of A Separation do the double?

This is dramatic film writing of the highest order.

Extremely moving when taken at face value, extremely impressive as a piece of immaculate cinematic craft.

Iran’s Asghar Farhadi reveals himself (once again) as both a great humanist and a dab hand at building characters whose complex psychological motivations are always bracingly, harrowingly credible. This follow-up to awards darling, A Separation, again mines the dramatic moments between moments, the sticky emotional sinews that simply won’t tear when two people have apparently parted ways.

He comprehends and pre-empts the disparity between what people say and what they really mean, how the act of conversing with a loved one (or an ex-loved one) can become a minefield of semantic second-guessing, and how human relations are composed of perhaps little more than people relaying banal information between one another.

The Past opens on a joke, but only one that you’ll get if you’re familiar with Farhadi’s thematic preoccupations. Bérénice Bejo’s harried, bleary-eyed mother-of-two Marie is waiting behind a glass window at a Parisian airport for Ali Mosaffa’s Ahmad (her softly spoken, Iranian ex-husband) so they can finalise their divorce. He sees Bejo and wanders up to the window to greet her.

They mouth words to one another but nothing can be heard. Yet they have total comprehension of each others’ intentions. The irony of this fleeting moment feels all the more cruel when placed against the blistering and complex drama that ensues — perfect, unequivocal clarity of communication, achieved only when words are not there to get in the way of things.

Farhadi’s film tooth-combs over a brief period in which Marie is attempting to firmly sever a tie with her past so she can move freely into her future. That future is with Samir (Tahar Rahim), a dry-cleaner whose wife is in a coma and who isn’t sure quite what the etiquette is for upping sticks and moving on. So much happens in the film that a more detailed plot précis would be utterly worthless. Farhadi is far more interested in delivering a broader thesis relating to the emotional ripple effect of traumatic experiences and the way people gauge whether it’s right to hurt those close to them if it may be for the greater good.

Technically, it’s very straight and tight, with only a handful of stylistic flourishes to take you momentarily out of the drama (including an extremely moving long final shot). The Past is more muted and Bergmanesque than A Separation and less playfully academic than his 2009 film, About Elly. The deep browns and beiges of the colour scheme perfectly convey the muddiness of the situation, while the pacing gets more frantic as matters accordion out in all directions. The title offers a (thuddingly?) blunt encapsulation of the film’s basic theme: that however hard you try to expunge it, the past will remain with you always and forever.

Will the director of A Separation do the double?

This is dramatic film writing of the highest order.

Extremely moving when taken at face value, extremely impressive as a piece of immaculate cinematic craft.