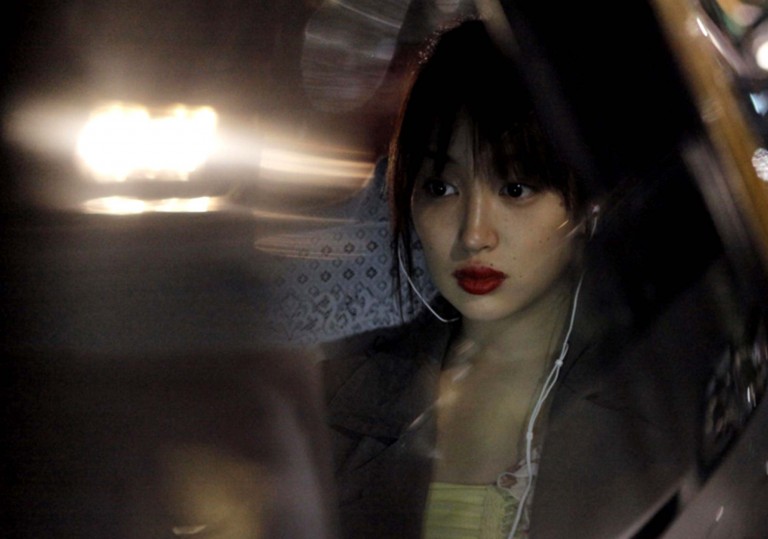 After taking on Tuscany, how will Kiarostami handle Japan?

Beautifully shot and filled with ominous tension, Like Someone in Love is compulsively watchable.

A major statement from one of the world’s greatest living filmmakers.

With Like Someone in Love, Iranian maestro Abbas Kiarostami heads to Japan, shooting a Japanese-language film in and around Tokyo. Yet his thematic concerns and aesthetic methods have scarcely changed. As in his previous film, Certified Copy, the slipperiness of identity remains the central question, while his battle-tested process of focusing on people talking in isolated spaces – particularly cars – remains as operative as ever.

But while his previous work occasionally took a look beyond the auto glass to explore the rich terrain of his settings (never more so than in his celebrated Koker Trilogy), in this new work Kiarostami presents Tokyo as a world seen in mediated snatches, a shimmering, digitally rendered landscape that’s always just out of reach.

This sense of disembodiment is established in the first scene when a voice talking into a mobile phone at a café is given no discernible visual source. As we scan the screen to make out who is talking, we come up empty until Kiarostami cuts away to show the voice emanating from beyond the original frame of reference. The person talking is Akiko (Rin Takanashi), a student and prostitute explaining to her jealous boyfriend Noriaki (Ryo Kase) why she can’t see him that evening.

In fact, Akiko has a job which forces her to blow off not only her boyfriend but her visiting grandmother and take a cab ride an hour outside the city to entertain an elderly gentlemen client.

That man turns out to be a retired professor named Takashi (Takashi Okuno), with whom Akiko doesn’t sleep, but who takes a kindly paternal interest in her, particularly the next day as he drives her to school only to encounter Noriaki lurking angrily outside. While Takashi waits in his car as Akiko takes an exam, Noriaki works his way into the vehicle, introducing himself as Akiko’s fiancé and taking the older man for her grandfather.

Thus, Noriaki quickly establishes roles for each of the two in regards to Akiko, both of which are clearly false. As the film moves forward, as Noriaki and Akiko both ride along in Takashi’s car, the professor neither confirms nor denies his status as the young woman’s grandfather, leaving Noriaki to project his own assumptions onto the older man.

Shot in beautiful, if patently artificial digital, confining its characters (and camera) to isolated spaces and allowing each figure to take on at least one fictional role, Kiarostami’s film presents a world in which people shut themselves off to genuine interaction, opting instead for theatre, whether it be in the form of prostitution or simply the put-on public selves that they present to the world.

This leads to moments of extreme disengagement, such as in the film’s saddest moment, with Akiko’s grandmother glimpsed waiting helplessly, vainly, in a city square through a taxicab window. But it still allows for, via the budding friendship between Takashi and Akiko, a chance for a more meaningful connection.

Still, any such steps are tentative; in the isolating, simulated world of Like Someone In Love, no emotion proves to be more authentic than the unquenchable rage of a disturbed and deeply violent young man.

After taking on Tuscany, how will Kiarostami handle Japan?

Beautifully shot and filled with ominous tension, Like Someone in Love is compulsively watchable.

A major statement from one of the world’s greatest living filmmakers.