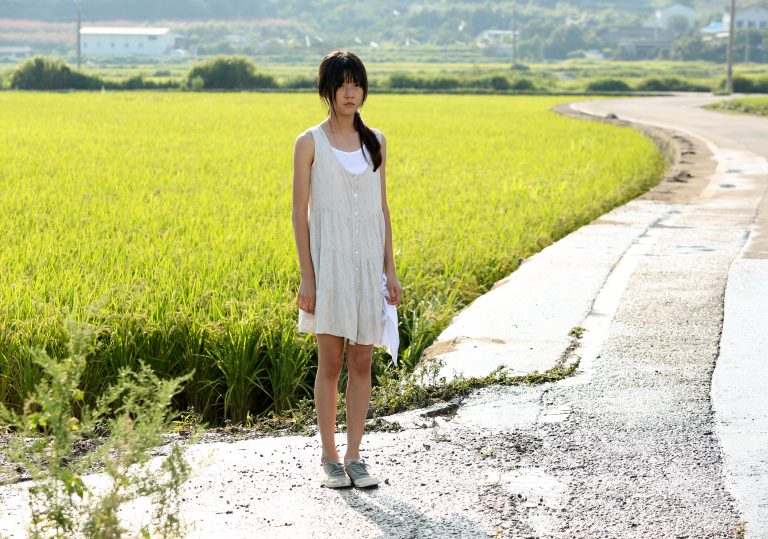 A hat-trick of Cannes 2014 nominations makes this an exciting prospect.

A detective story with a satisfying social justice twist.

Rural South Korea is the setting for July Jung’s courageous and quietly confrontational debut feature which boasts a pair of astonishingly nuanced performances. The film concerns itself with the rot that eats away at humanity both on a personal and societal level, with its depiction of a small, struggling community debased by corruption, prejudice and the moral contamination of an abused and neglected child. Eschewing sensationalism for a rigorously restrained approach to issues which become increasingly combustible, A Girl at My Door undulates between hope and despair.

An initially unspecified scandal sees talented young police officer Young-nam (the mesmeric Doona Bae) packed off to a fishing village where she’s installed as their new station chief. Although she’s viewing events through a fog of functioning alcoholism, her new charges are an undesirable bunch whose own failings are glaringly apparent. Many are equally sozzled, they’re just less adept at hiding it. As she drives into town, Young-nam spies shy, scraggly child Do-hee (Sae-ron Kim, in a performance of considerable complexity and maturity), crouching at the roadside, almost as if sheʼs anxiously awaiting her arrival.

Resplendent in her professionalism and sporting a sleek bob, Young-nam cuts a contrastingly dignified figure to those around her and gets to work standing up to disorderly men, not least Yong-ha (Sae-byeok Song), the swinish stepfather of the aforementioned 14-year-old wretch. He’s a low-level thug who has, nevertheless, capitalised on the areaʼs ageing population – exploiting desperate foreign workers and the lack of local competition – to become the town’s undeserving, unchecked top dog. His stepdaughter’s situation is a truly sorry one: for years she’s been relentlessly and openly brutalised by Yong-ha and his elderly, comparably chaotic mother, as well as her peers (her mother has flown this most unappealing of coops).

Riffing delicately on the traditional small-town corruption detective story, Jung uses the framework to show females controversially taking on the crooked, patriarchal status quo, and to explore issues around child protection. She has also crafted a morality tale that addresses the fear that doing the right thing in a sensitive situation might trigger unwanted scrutiny, violence or personal persecution. Young-nam acts as the village’s unasked-for wake-up call, sticking her nose where it isn’t welcome. Consequently, her worst nightmare plays out. She experiences not only misogyny and suspicion, but has her sexuality exposed and cruelly brandished before her like a shameful, distasteful weapon, in a country where being gay remains taboo.

Although A Girl at My Door far from shouts about its achievements, these speak for themselves: for instance, its willingness to acknowledge the end result of abuse is rare in that a young victim might ultimately become capable of violence themselves, while it posits that a battered child can manipulate the system and still be effectively innocent. And that this small but powerful film retains its gentleness and compassion in the face of the bleakest of subjects makes it all the more remarkable.

A hat-trick of Cannes 2014 nominations makes this an exciting prospect.

A detective story with a satisfying social justice twist.