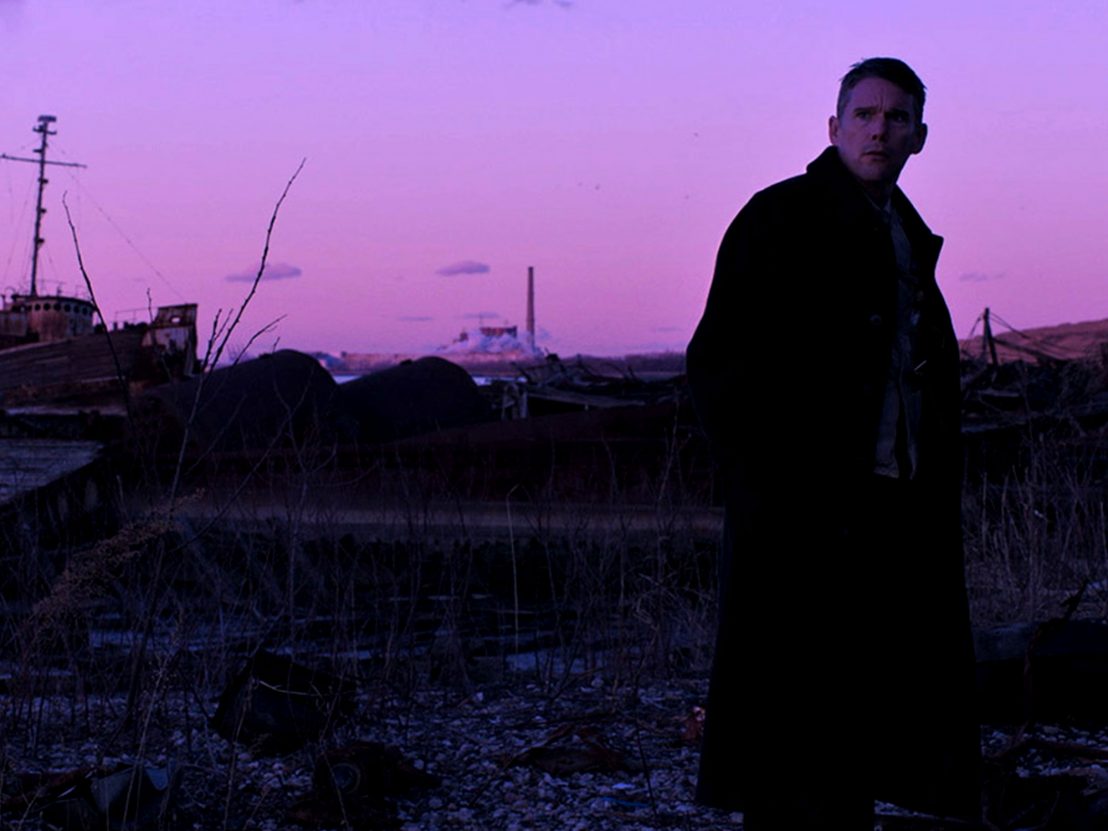 In an early scene in Paul Schrader’s new film, First Reformed, Ethan Hawke’s Reverend Toller counsels a young man in crisis, telling him, “wisdom is holding two contradictory truths in our minds simultaneously.” This simple line of dialogue contains within it a clear summation of the film as a whole, including its core themes and contradictions. But in this case, such signals are far from heavy handed. This struggle to reconcile different truths runs through Schrader’s entire filmography, and First Reformed undergoes the same process of thinking and questioning as its lead character and narrator.

The film begins as a confused Toller starts a diary, taking on a self-imposed exercise where he writes down his thoughts every day for a year. Although this activity does bring him a sense of clarity, his words seem only able to reflect an image of arrogance and pride that in turn disgusts him. Rather than a sign of surrender to a more powerful being – a prayer –
his writings betray his narcissistic fascination with his own self. Preaching an optimism he can no longer subscribe to, Toller feels like a self-centred hypocrite and the accusatory words of the journal only contribute to his own self-hatred.

Across the film’s succinct runtime and up until the very end, there is never any real uncertainty about the fate of its main character. Early on, even before the worst of his despair, Toller quotes from religious doctrine, saying, “I know that nothing can change, and I know there is no hope.” At no moment does he take a step back to consider the downward spiral he finds himself in. Instead, this deeply flawed and fascinating individual inexorably follows the internal logic of his negative thought process to its logical conclusion. What keeps us alert as viewers is not the slow disintegration of this man’s faith, but the deep ambiguity about where the film’s sympathies actually lie. Is Toller’s pessimism justified, or does his hopelessness stem from a childish and narrow viewpoint?

To some extent, Toller’s angst is understandable and fair, as part of it originates from a new awareness of the impending environmental disaster that will befall our planet. The young man he tries to help at the beginning of the film is a dedicated activist who thinks it would be wrong and cruel for him and his pregnant wife Mary (Amanda Seyfried) to bring another person into a doomed world. Toller confronts this moral dilemma by trying to convince him that both things can be true – that while the world is dying, creating life is still a power for good. Yet the reverend himself is not indifferent to the activist’s argument.

When Toller decides to follow in the extremist footsteps of the young man, his worries about his own narcissism completely dissipate: he thinks he has found something bigger than himself to care about. Yet the film maintains a beguiling ambiguity as to what his real motives actually are. Just as he ended up using his diary of prayer as a sort of self-help book, Toller’s involvement in environmental activism seems to be as much about saving himself and salvaging his own soul, as it is about saving the planet.

There is something humorous and knowing in the casting of Hawke as a self-centered priest, the role beautifully echoing the obnoxious narcissist he played in Richard Linklater’s Before Trilogy. Walking the thin line between earnestness and ridicule cannot be easy, yet Hawke is mesmerising in a part that gives him a real opportunity to display his understated and underrated talent as an actor. Watching him play a character that is simultaneously deeply moving and grotesquely stupid, self-absorbed to the point of being blind and yet deeply sympathetic, is both thrilling and exciting. 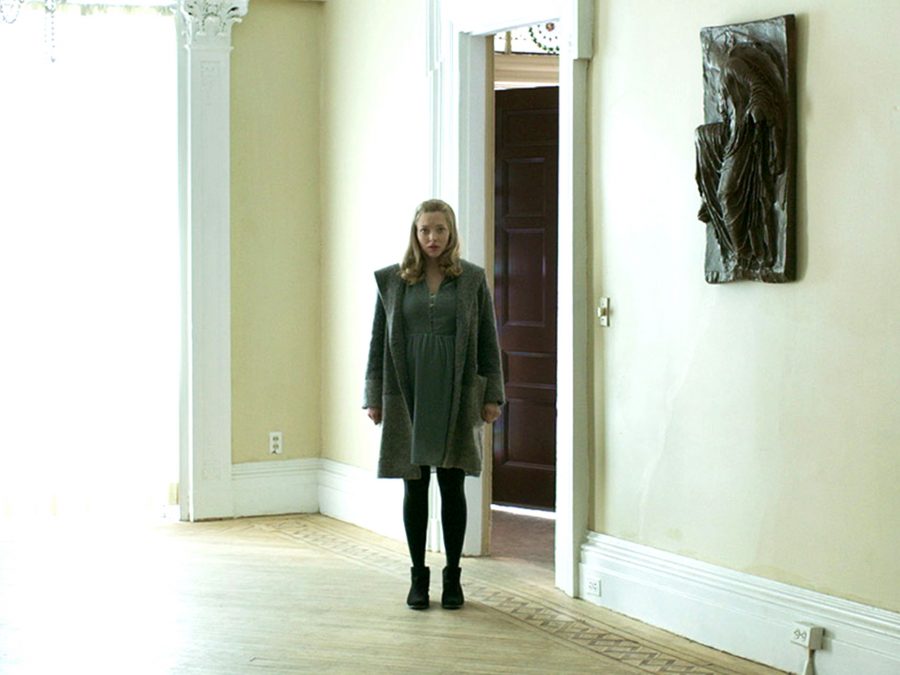 Committed to a cause yet profoundly narcissistic, these two “contradictory truths” coexist in Toller without ever cancelling each other completely. The secret behind the film’s ability to maintain this uneasy balance is a thoroughly precise and peculiar visual style. In gorgeous academy ratio and soft blue tones, static shots give clear access to Toller’s state of mind, all the while showing the context he finds himself in, locations and situations which often stand in amusing contrast with his depressive state. The artificial-looking framings have a certain tension to them and a sense of the absurd that perfectly echoes the slight awkwardness of everyday life, in which several things of different kinds are always going on at the same time. Contradictory truths perpetually coexist.

When a tourist utters a gross joke in the reverend’s church, it is both funny and inappropriate. But Toller can only perceive things in the sense of their consequence and effect on him. He has no awareness of the separate path that others are on, and although he pretends to laugh with the tourist, he looks visibly hurt and despairing. Through the reverend’s voiceover and Hawke’s precise acting, Toller’s frustrations are perfectly understood and thus, to an extent, legitimate. But when placed in the context larger than his own miserable perspective, the ridicule of his extreme thoughts and his blindness to anything beside himself become clear and almost comical.

Schrader has always been obsessed with the hypocrisy of narcissists. In Taxi Driver, written by Schrader, Travis Bickle’s initial ‘noble’ plan is to murder a presidential candidate for the greater good of the American people. By the film’s end, he is satisfied with simply killing a pimp. Although he supposedly does so to help a young prostitute, his real motive is the sense of accomplishment he gets in killing a bad guy, in a city where everyone rejects him and makes him feel small. In American Gigolo, written and directed by Schrader, Richard Gere plays the ultimate narcissist, who refuses to care about anyone beside himself until the film’s ending.

Schrader has often reproduced this dramatic conclusion where a self-obsessed person finally opens themselves up to someone else, to the point where it has become synonymous with his work. The final sequence of First Reformed goes beyond repetition, boldly twisting the director’s signature into something more open and less final. Does Toller’s sudden embrace with another character at the film’s climax read as the chaplain letting go of his narcissism, or as an intensely selfish cop-out in the vein of Travis Bickle? Perhaps both truths can coexist.