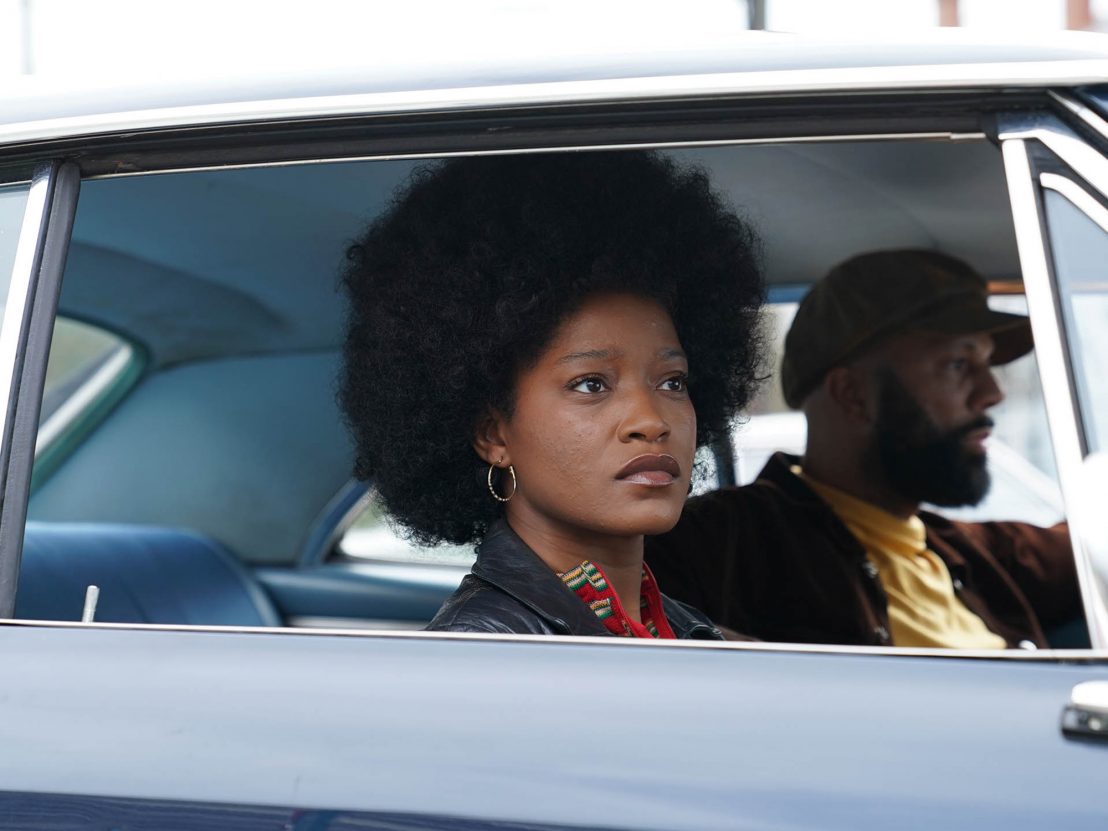 The idea of American slavery continuing post The Emancipation Proclamation is not a new one. F Scott Fitzgerald wrote about it in The Diamond as Big as the Ritz, the show runners of Game of Thrones planned a whole series about it called Confederate, and last year saw Antebellum place ill-conceived shackles around Janelle Monae’s wrists. So Alice, a film in which an enslaved woman escapes a plantation only to discover it is 1973, isn’t breaking any new ground.

It begins with all the typical signifiers of American slavery: Alice (KeKe Palmer) in a stained cotton dress; a large white plantation house; and Johnny Lee Miller’s Paul cracking a whip while spouting off lines from the Old Testament. All the images feel like photographs of photographs, with none of the detail and sharpness of 12 Years a Slave or The Underground Railroad. While the ugliness of enslavement is always hard to watch, this film makes it more so with a hideous sludgy palette and flat composition.

Paul takes particular interest in Alice’s husband Joseph (Gaius Charles), whipping him for the slightest misstep and gleefully telling of his intention to breed him like cattle with a neighbour’s “domestic”. Alice, who works in the house, gets less of his ire but is still raped, strangled, and beaten when the mood takes Paul. Joseph makes a plan to escape, and that plan is to wait until broad daylight and absolutely everyone is watching before doing a flailing limbed dash for the exit. It doesn’t go well but it does spur Alice into similar action, and a short run through a fenceless wood later she finds herself on a freeway, and collapses in front of a truck driven by jaded civil rights activist Frank (Common).

While Confederate’s announcement and Antebellum’s twist provoked outrage it’s hard to get similarly angry at Alice because it is just so idiotic. Palmer, Common and Miller are all painfully one note and the film never settles on a tone or develops a solitary idea. Alice doesn’t even mention the whole “I’m an escaped slave” thing to Frank until the third act, which concludes with one of the most pitiful attempts at empowerment imaginable.

Instead of creating a compelling protagonist, writer/director Krystin Ver Linden treats Alice like a cross between ET and Encino Man and tries to provoke giggles from her poking at the television and the phone with confusion. Her transformation from terrified woman on the run to one seeking revenge happens in silence, with Ver Linden making the astoundingly un-cinematic decision of having her transform while silently read a history book and an issue of Ebony magazine.

But those hoping for an improvement when Palmer is given more dialogue should be aware that it will include lines like “I am freedom!” and “Doing the right thing is never wrong.” Even the specific date on 1973 is barely utilised beyond an excuse to give Palmer an afro and make a couple of Richard Nixon jokes which, like the rest of the film, are not only ill-conceived but utterly embarrassing. 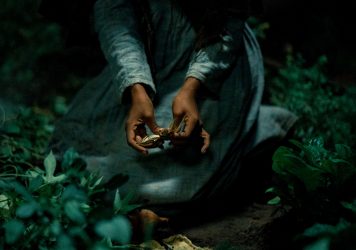