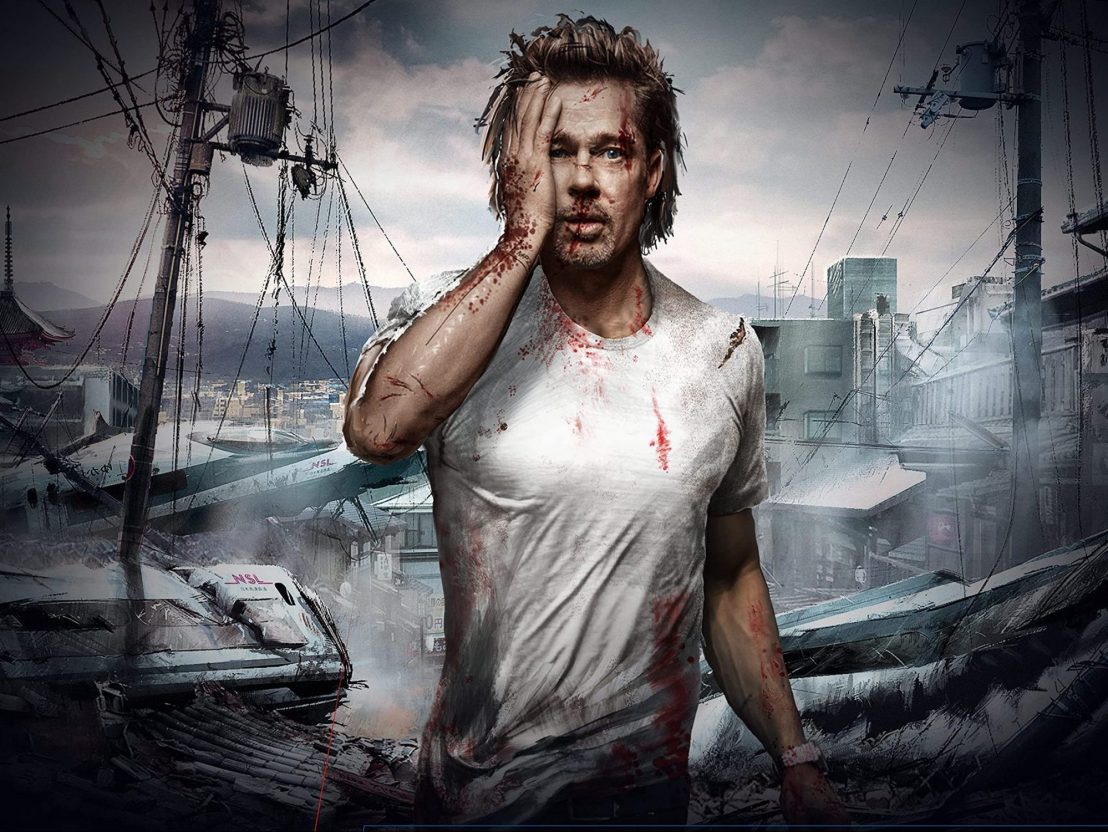 Who doesn’t love movies set on trains? There’s an inherent dramatic stakes to the setting – you’re trapped in an enclosed, linear space, yet hurtling through space at hundreds of kilometers per hour, death assured for those who might try to jump out. Snowpiercer stuffed a whole dystopian society into its choo-choo, Unstoppable turned one into a runaway force of destruction, and now it seems that the next film in this lineage is chugga-chugging its way to cinemas.

The first trailer for Bullet Train pulled into the station just this morning, with car after car of armed-to-the-teeth assassins in tow. The latest film from director David Leitch will follow the example of his Atomic Blonde and John Wick, as yet another shoot-’em-up hitting the ‘Neon Lighting’ and ‘Close-Quarter Martial Arts’ sectors of our cinematic pleasure centers.

Brad Pitt puts those hand-to-hand combat skills last honed for Once Upon a Time in Hollywood back to work as the lead, a killer-for-hire codenamed Ladybug who’s just taken one last job before getting out of the game, as men in his profession are wont to do. He’s supposed to board one of the high-speed rail trains crisscrossing Japan and retrieve a briefcase — little does he realize, the train is packed with chagrinned colleagues who’d like to use one of those ticket-puncher gizmos on his face.

The ensemble of colorfully-attired eccentrics includes Zazie Beetz, Aaron Taylor-Johnson, Joey King (star of Netflix’s series of The Kissing Booth films), a bleached-blonde Brian Tyree Henry, and Andrew Koji, all of them trying to get a piece of Pitt’s hide. The intriguing cast list also names Michael Shannon and Sandra Bullock, though neither of them appear in the trailer, suggesting that they’ll be in minor or now-blown surprise roles. The other big name is that of Puerto Rican rapper Bad Bunny, who pops up here in what we can safely assume will be a Lizzo-in-Hustlers capacity: on set for a couple days to shoot one or two flashy scenes that will nonetheless be foregrounded in promotional materials.

By this point, Leitch has more than proven his skill as a choreographer of visceral, bone-crunching action set pieces, so those purchasing a ticket to watch experts trade blows won’t be disappointed. But the aesthetic at play here, flush as it is in colored lights and touristic Asian touches, may be starting to wear thin. Last year’s derivative one-two punch of Kate and Gunpowder Milkshake showed us that the post-John Wick vibe could have an expiration date, but if anyone’s going to disprove that, it would have to be the guy who had an hand in creating the genuine article.

Bullet Train comes to cinemas in the UK and US on 15 July.