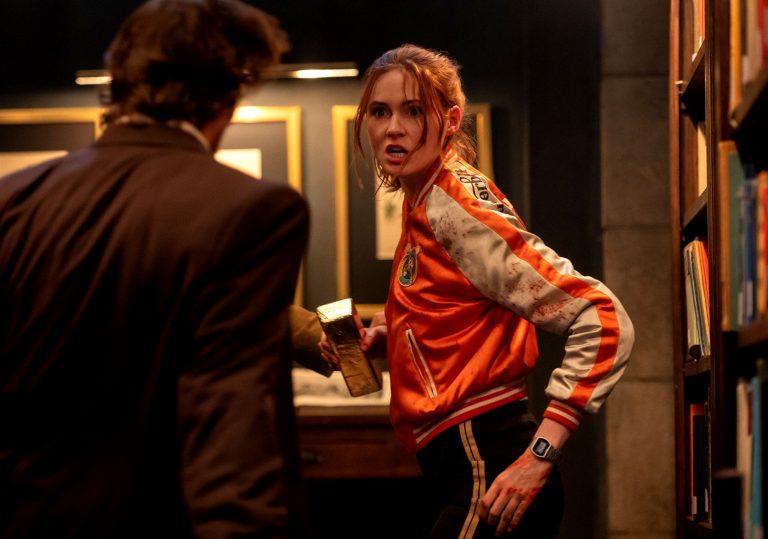 Two great shootouts do not a great film make.

The success of John Wick – not just the box-office returns, but its cultural permeation of the mainstream seemingly attained by one or perhaps two original-concept movies per decade these days – guaranteed that it would spawn imitators. Those hopeful that the industry reaction might manifest as a spate of taut action pieces undergirded by intensive martial-arts-informed stunt work were ultimately disappointed to find that the bastard offspring focused instead on the more easily replicable elements of the original winning formula.

Navot Papushado’s Gunpowder Milkshake demonstrates deeper commitment than most to hand-to-hand action, yielding two memorable and imaginative sequences along those agile, brutal lines. Our homicidal heroine Sam (Karen Gillan, lacking in finesse) gets jabbed with a nerve agent paralysed her arms for much of the second act, inventively complicating both a hallway showdown and a tight-quarters chase scene in a parking garage.

Mostly, however, the film is fascinated by the Wickian notion that there is a second world overlaid on the one we know, visible only to the elite killers walking among us. The story begins with the existence of a vague Firm of female contract assassins, the last bulwark against an equally vague crime syndicate headed by the gravel-voiced McAlister (Ralph Ineson). Sam’s mother Scarlet (Lena Headey) put in some good years before going on the lam in a preface section, leaving her daughter to grow up and join the family business all by her lonesome. (Three guesses as to whether this woman will pop up again at an opportune time.)

The interlude spent at the book-peddling armoury would have been dead weight if not for introducing the tough gals minding the shop, portrayed by the power trio of Angela Bassett, Michelle Yeoh, and Carla Gugino. Despite their feeble dialogue, they electrify the few scenes in which they appear, tempting the audience to imagine the superior version of this film in which under-appreciated fiftysomething actresses kick a more colourful brand of ass.

Though Michael Seresin’s cinematography is by no means short on colour, dousing each scene in rave lights for no apparent reason beyond making for good screenshotting and/or GIF-ing. Again, we turn to the example of Wick, which laid claim to a cool (in both senses of the word) blue-purple palette and forced its descendants to up the ante; Ineson’s bossman gives one speech while surrounded by oscillating blue and pink, a scheme referred to as “bisexual lighting” by some, its incongruity to that concept double-underscoring the lack of intentionality here.

The primary concern for Papushado’s script (co-written with Ehud Lavski) appears to be laying groundwork for future instalments, as the final scenes compromise a richer or more challenging resolution for one that cues up a sequel. Their writing attempts to define Sam by her fraught relationship to the family unit, as she forgives her absentee mother by taking in a surrogate daughter. Except that this is delivered without a hint of conviction, the result of some presumed mandate for “heart” to offset all the gunplay.

Netflix allows its titles to recede into the fog of the forgotten more easily than most, which may be for the best in this instance. The film belongs in the same memory-hole as Boondock Saints, or more specifically, the recent Hotel Artemis – the also-rans, faded copies.

Two great shootouts do not a great film make. 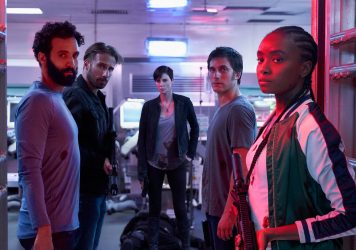 Netflix eyes up a superhero franchise to call their own with Gina Prince-Bythewood's entertaining action epic.