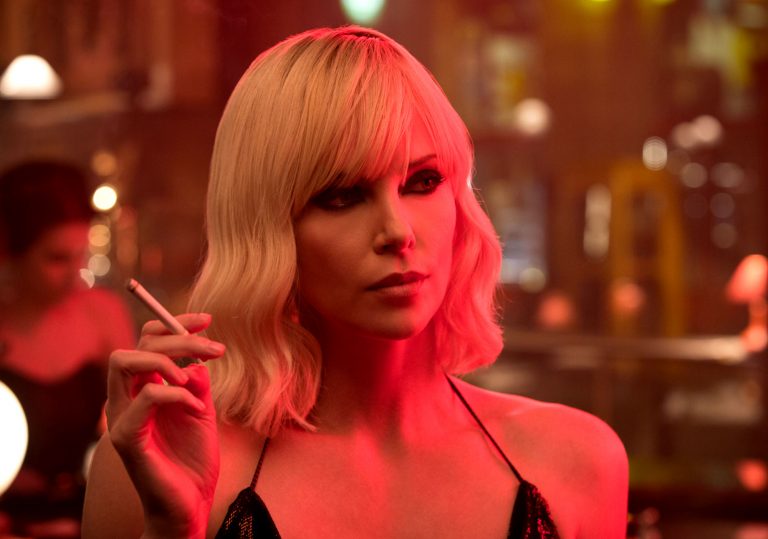 One half of the duo behind John Wick goes solo. And with Charlize Theron in tow.

...is all there really is to see here.

It takes some balls for a film so sorely lacking in ideas of its own to cut to a TV screen on which a presenter asks, “Sampling: is it art, or is it just plagiarism?” A winking acknowledgement of having lifted an umbrella-assisted assassination attempt from Alfred Hitchcock’s Foreign Correspondent? Of having wheeled-out David Bowie’s ‘Cat People’ again for the first in an endless parade of ’80s jukebox crutches? Of pillaging the Nicolas Winding Refn look book in a bid to elevate a try-hard style cribbed from Guy Ritchie?

It bodes well for fans of Deadpool that Atomic Blonde’s director, David Leitch, is currently working on the sequel, given the simpatico levels of glibness on display here. As one half of the duo behind John Wick, a film of whose distillations Jean-Pierre Melville would be proud, Leitch seemed well-appointed for an action-fuelled romp through the dying gasps of the Cold War. But while John Wick dealt in reduction, it retained essential ingredients, casting an instantly iconic genre-silhouette through judiciously-appointed strokes.

Atomic Blonde similarly deals in archetype, even as it fudges the balancing-act between essence and one-dimensionality. From thinly-sketched characters to an obvious (and unnecessarily convoluted) right old Le Carré-on of a plot, there’s little here to trouble the pulse between action beats.

In that department at least, Leitch finds surer – if by no means consistent – footing. An early dust-up that sees Charlize Theron armed with just a length of hosepipe and George Michael’s ‘Father Figure’ evinces his long list of stunt credits, if hardly a natural director’s eye for space and movement (more ably demonstrated by former partner-in-prime, Chad Stahelski with John Wick: Chapter 2). Things improve with a fight played-out in a cinema screening Andrei Tarkovsky’s Stalker, fisticuffs literally tearing through the fabric of the screen for a witty irruption of its transcendent finale. 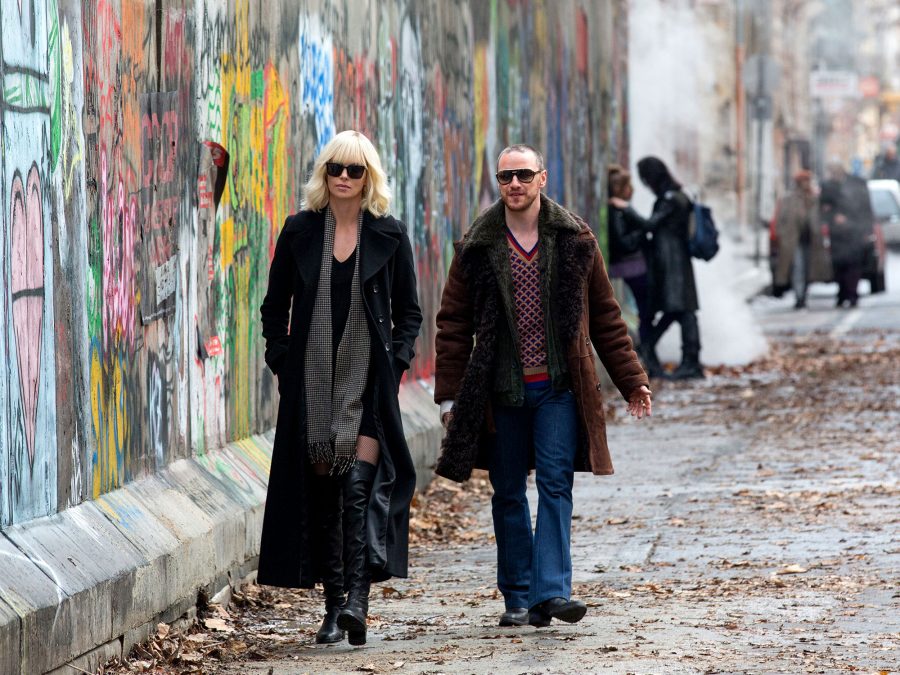 Towering above all else though, is a set-piece that single-handedly rescues the film. A handheld, single-shot mano-a-mano tussle that begins on a staircase, enters an apartment and seamlessly segues into a car chase. The sequence is an island in the film; shorn of music and disgracefully stylish, it seems to come from another film entirely – from another director, even.

Merging the hyper-violent tactility of The Raid or Universal Soldier: Day of Reckoning to Victoria’s one-take wonder, it’s as elegant as Tony Jaa’s reverse-trajectory staircase assault in The Protector, albeit with an enthusiastically-bloodied grubbiness. As witty in conception as execution – Eddie Marsan swinging into frame, taping up a wound is priceless – one feels the cost of the fight, and feels for Theron, like nowhere else in the film.

As Lorraine Broughton, the spy brought in from the cold of late-’80s Berlin, Theron is in her element. Not that she’s given much to work with by way of character. Leitch’s across-the-board approach is purely cosmetic, ever-ready to eschew shades of detail when crass shorthand will suffice. Whether it’s a T-shirt with ‘BOY’ emblazoned across the front for Theron, or yet another tiresome pop-cultural signifier, his directorial hand is one blunt instrument.

No one could doubt Theron’s credentials following her turn as Imperator Furiosa in Mad Max: Fury Road. If anyone is at the vanguard of empowered, female-driven action cinema, it’s surely her. If only she had more to feed on than Atomic Blonde’s empty calories.

One half of the duo behind John Wick goes solo. And with Charlize Theron in tow.

...is all there really is to see here.