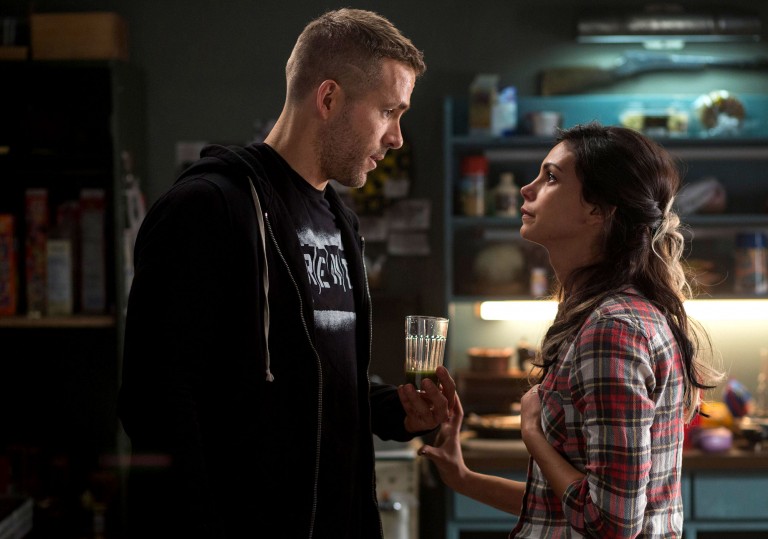 It can’t possibly be as dumb and obnoxious as the marketing campaign suggests...

Come back Green Lantern, all is forgiven!

At the UK press screening of Deadpool, those in attendance were ushered into the screening room after being plied with tequila, chimichangas and unhealthily high levels of DMX’s ‘X Gon’ Give It to Ya’. Once seated, a holding soundtrack comprising yet more DMX was quickly drowned out by the sound of matey chatter emanating from the row behind. It’s common in these situations to have to endure other people’s banter while waiting for the film to start, but in this instance the mindless tittering was merely a taster of what was to come.

Deadpool is the first disaster movie of 2016 – a chest-bumping, fourth wall-breaking, shot-slamming, wedgie-pulling emojilatory mess that brashly announces itself as the shiny new nadir of the postmodern superhero blockbuster. They should have called it Snarknado, such is the fierce, destructive force with which the cyclone of crudely-siphoned internet humour sweeps through this lame adaptation of Rob Liefeld and Fabian Nicieza’s comic-book creation.

Ryan Reynolds, displaying the emotional depth of a grinning cartoon turd, does a decent job in the title role at being both irritatingly handsome and a total prick. The problem is that his character’s bird-flipping bravado is a weak substitute for actual charisma. Wade Wilson is a sociopath – a self-proclaimed bad guy who gets paid to fuck up even worse guys – and as such his basic lack of charm and empathy makes perfect sense. So by attempting to give him discernible human emotions and flaws, presumably for fear that he might otherwise come across like just another one-dimensional leather-clad ego, screenwriting duo Rhett Reese and Paul Wernick succeed only in turning Deadpool into a walking, (smack)talking contradiction.

He’s also, as revealed during an overlong and strangely fetishised origin story torture sequence, able to regenerate Wolverine-style, effectively making him immortal. Which means there’s no sense of peril, which makes it hard to care about anything that happens to him. It doesn’t help that Wilson is the kind of person who’d offer to buy you a pint only to dunk his genitals in the glass the moment your back is turned.

If Deadpool is the ultimate anti-hero, then this is the ultimate anti-movie. It desperately wants to have its novelty erotic cake and eat it, but all the time the film spends gleefully asserting itself as rule-breaking, boundary-pushing outlier only serves to reinforce the suspicion that it is categorically neither of those things. Because no amount of wacky irreverence and wank gags can mask the fact that this Deadpool is little more than a dutiful company man, the kind of faux-chummy authority figure who claims to have the common touch but spends his weekends rubbing shoulders with top-ranking execs at highly exclusive country clubs.

Though not officially part of the Marvel Cinematic Universe, Deadpool provides an unfriendly reminder of the studio’s muscle via frequent nods to the Avengers and X-Men. Which is fine up to a point – after all, these franchises need all the support they can get – but does make the entire convention-skewering, self-deprecating act feel just a smidge disingenuous. The Deadpool dilemma, then, is not how do you make an R-rated superhero movie with enough box office stamina to leave a lasting impression on the public consciousness, but how do you make something feel fresh when it has absolutely nothing new to add to the culture from which it arose?

Before he directed Guardians of the Galaxy, James Gunn did something genuinely subversive with Super, while both Kick-Ass and Scott Pilgrim managed to stay true to their fiercely independent comic-book roots. Those films not only gave us great action and original, relatable protagonists, they did so while maintaining an invigorating anarchic streak that allowed them to affectionately mock the homogenised, mythology-obsessed modern superhero genre without completely compromising their broader commercial prospects. Even more crucially, these characters came from a place of angst and inadequacy, whereas Wilson stands for the very thing that made us believe in superheroes in the first place: social injustice.

It can’t possibly be as dumb and obnoxious as the marketing campaign suggests...

Come back Green Lantern, all is forgiven! 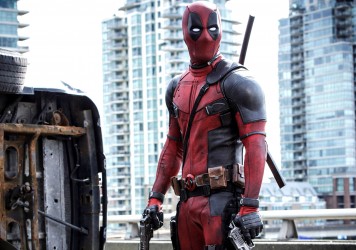 Best worst superhero ever or so 2010? The Deadpool Debate

Two avid comic book readers make the case for and against the latest addition to Marvel’s crowded roster.