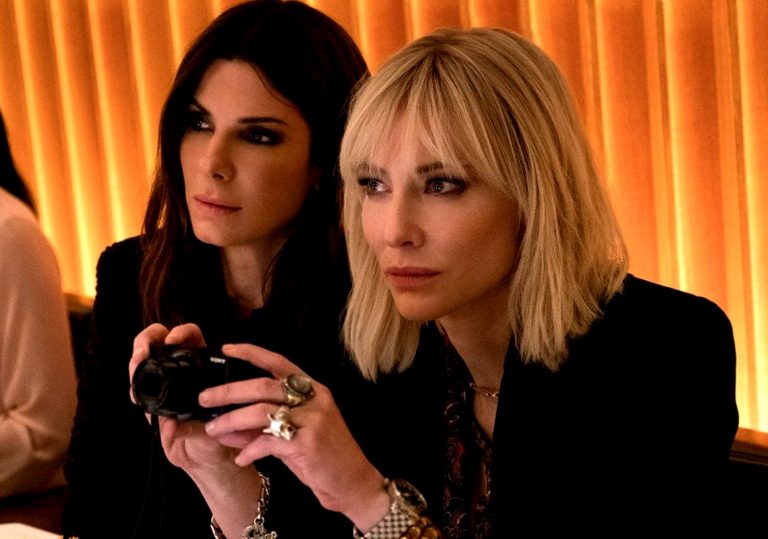 A poorly directed and written blow-out. This cast deserved better.

Here’s a brain teaser to file alongside why cats always land on their feet and why Milky Way bars always come in pairs: why, oh why, was Gary Ross employed as writer and director of the caper spin-off feature Ocean’s 8? Who, up there in the high tower, thought this was a good idea? You spend some time assembling a who’s-who cast of premium female talent, you juggle a bunch of schedules, you secure the approval of franchise overseer Steven Soderbergh, you hardwire your property directly into the progressive zeitgeist, and then after all that, you hire an anonymous journeyman to bring this shiny dream to life.

Ocean’s 8 comprises a unique opportunity, in that heist movies traditionally tend to involve men doing the robbing – females are usually ushered in as love interests (cf Julia Roberts in Ocean’s Eleven) and, certainly in older films, they often bite the bullet. Yet it might be technically incorrect to refer to this as a heist picture, as, per examples in cinema and literature, heists are extremely dangerous and intricate. Plus, the odds of them going pear-shaped are high. Here, the peril levels are perhaps equivalent to crossing a quiet suburban street at 4am in the morning. It’s less like a heist, more like a group of well-dressed people carrying out their daily, thrill-neutral affairs.

This is unfortunate, as it feels like Ross hasn’t got the guts to give his characters flaws, lest it appear as if he is somehow tainting this clutch of strong, empowered women. In this respect, it not only comes across as a story that’s completely lacking in drama, but one that is lacking human characters – in their place are immaculately sculpted mannequins who glide through the motions and just stumble into success. But the disingenuous, superhero-like characterisations are only part of the problem.

The heist mounted by Debbie Ocean (Sandra Bullock) is the product of five years in chokey – and a few months in solitary – just playing every angle over and over in her head. She’s got names, numbers and a ballpark estimate of the eventual payoff. Alongside seven cohorts, she plans to nab a 6lb Cartier diamond necklace being worn by Anne Hathaway’s miscellaneous celeb diva Daphne Kluger at America’s most exclusive party, The Met Gala (which, per the film, looks like an off-season hen party at a retail park All Bar One). 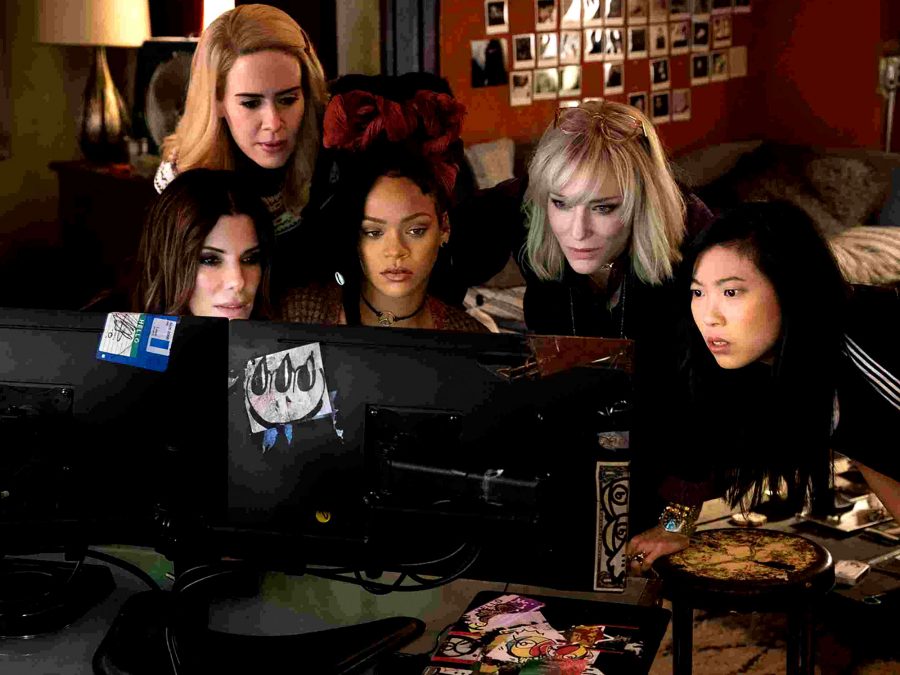 The team never really break a sweat, and Ross doesn’t seem interested in showing how they overcome various unseen obstacles. As a spectator, Debbie’s complex escapade is far less impressive than the off-the-cuff grift she pulls off in the opening minutes when, moseying from the prison gates in a cocktail dress, she cleverly makes off with a stash of makeup from a department store. (Side note: would a female writer have sent Debbie direct from prison to a makeup counter?) Anyway, it’s a lovely little moment, and perhaps the only example in the film of an interaction that is only possible because the parties involved are women.

Elsewhere, the cast do the best with what they’re given which, frankly, is meagre scrapings. There must be some kind of underground Hollywood tribunal or criminal court for wasting Cate Blanchett in a movie. If there is, Ross would be sentenced to multiple life sentences. She hasn’t got the time for stuff like this. Movies need her for more important business. Her character, Lou, is introduced as a club owner who dreams of driving down long beach roads on her motorbike, and beyond that, the only memorable moment she has is when she wears some red leather slacks.

At the time of writing, the film has been financially successful, so the inevitable question arises: should we be girding our loins for the sequel? Were it to happen, the makers would surely have to start from scratch with these characters, as we’re given so little reason to want to hang out with them again or, indeed, to bask in their success. Soderbergh is an avowed devotee to ’60s crime movies, and you get the strong impression that he ingested the entire canon before embarking on his initial trilogy. It seems like Ross, on the other hand, did little more than scan that morning’s Variety and had his assistant work out some demographic and marketing projections.

A poorly directed and written blow-out. This cast deserved better.