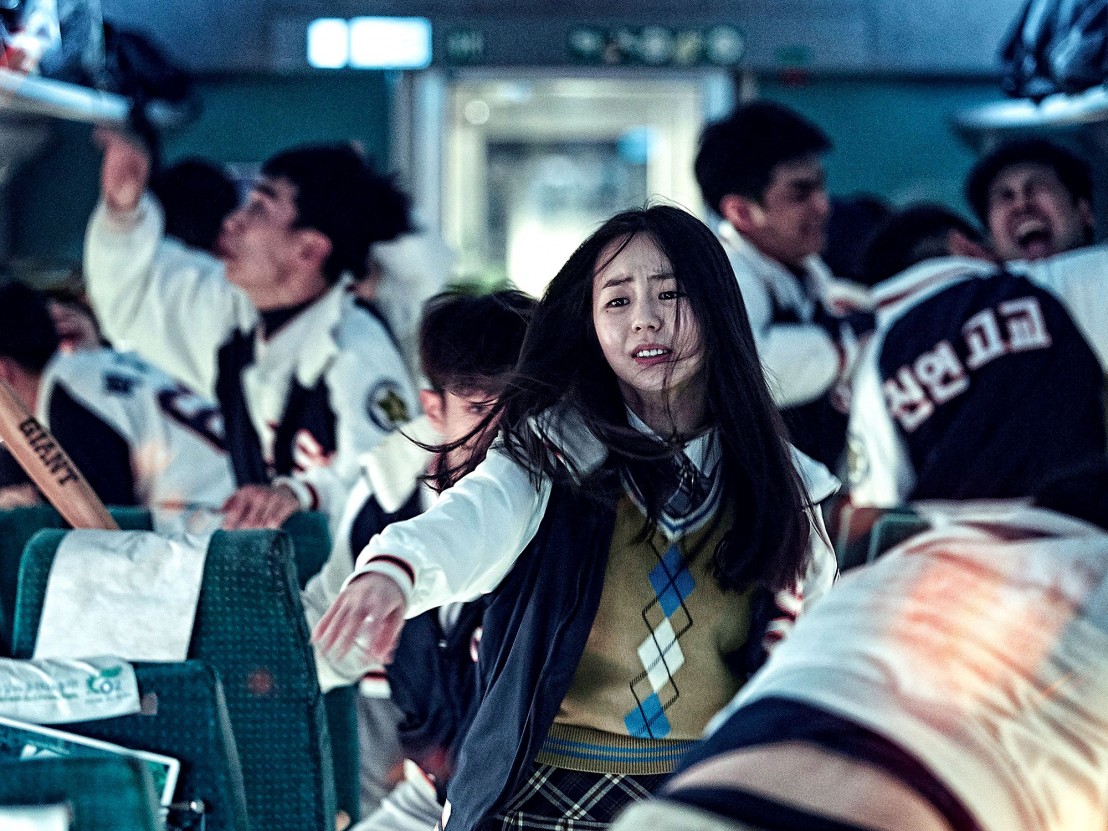 In recent years two South Korean directors have sharply nibbled away at the effect that both financial disparity and pollution are having on our planet, bringing us post-apocalyptic visions of the future set on high-speed trains headed for disaster. Both cut close to the bone when it comes to the way greed can have devastating effects on the environment and basic human rights, but they also show a glimmer of hope through their respective heroes and heroines who pluck up the courage to question the system.

In 2013, Bong Joon-ho adapted Jacques Lob and Jean-Marc Rochette’s graphic novel ‘Snowpiercer’. Set in 2031 on a train designed to protect the last survivors of the human race, it sees a cannibal and a drug addict amongst others help to save humanity. The poor inhabit the tail end of the train which has been constantly spinning round deathly cold landscapes for seventeen years. They munch on gooey black protein bars and live in cramped conditions while an elite few spend their days feasting on fine food and partying in their grand quarters.

A frenzied class-war erupts when those at the back of the train realise the rich at the head have finally run out of bullets and their guns no longer pose a threat. At the front sits driver and engineer Wilford (Ed Harris), who advises revolutionary leader Curtis (Chris Evans), “everyone has their preordained position, and everyone is in their place apart from you.” 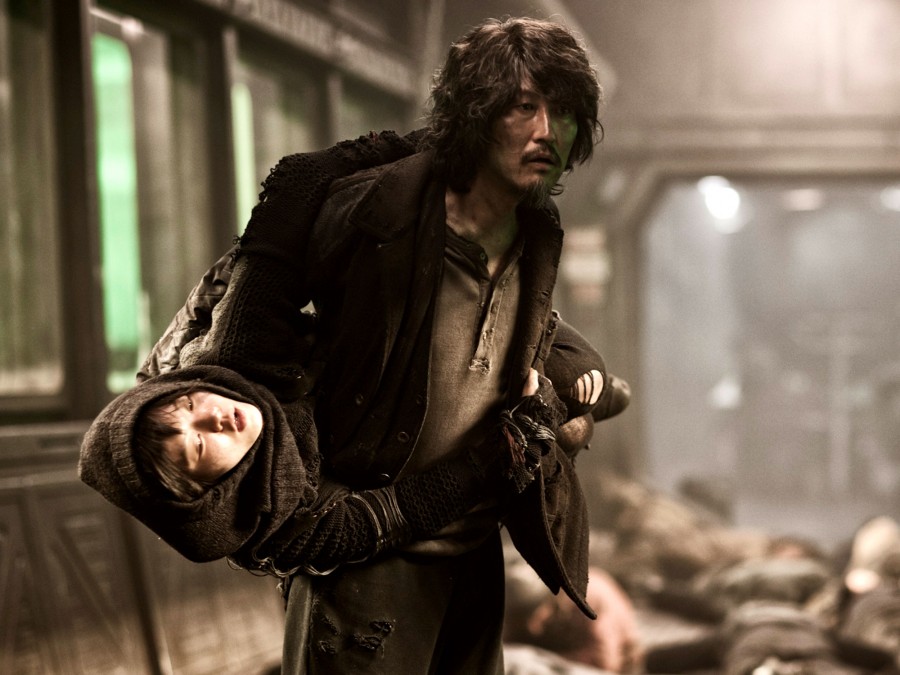 In Train to Busan, Yeon Sang-ho envisions the end of the world coming about via swarms of bloodthirsty zombies who roam the earth due to an outbreak caused by a dishonest biotech corporation. When father and daughter, Seok Woo (Yoo Gong) and Soo-an (Soo-an Kim), set aboard the KTX101 from Seoul bound for Busan, they leave behind them a city on the brink of collapse. When one of the infected scampers on board just before departure it leads to complete chaos inside the carriages with the passengers fight for survival showing the best and worst sides of humanity.

On board the Snowpiercer brutal penalties for failure to adhere to strict and sadistic rules are carried out by the wicked Mason (Tilda Swinton, mischievously channelling the essence of a certain former British Prime Minister) who freezes limbs as punishment and waxes lyrical in long speeches about how the poor should be grateful for what they are given. On the KTX101, a rich businessman feeds the passengers lies and manipulates them in to cordoning off a group of people who he suggests may be infected. They follow his lead in order to protect themselves. In these dark days the heightened representations of society don’t seem so absurd and ring depressingly true.

Children play key roles in both films. Su-an is shocked and saddened at the adults’ behaviour on the commuter train, her father included, who advises her to only look out for herself in such dire times. Her good deeds throughout her journey help to quietly drive against selfish attitudes and in turn the pack mentality. Her determined sense of altruism eventually travels into her father’s conscience.

The children on board the Snowpiercer literally end up as cogs in the engine, they are essential in the running of the train but are victims of a cruel structure they had no part in creating. They blindly follow orders, and Bong Joon-ho hints at how the young can be brainwashed into making the same mistakes as their forefathers. Curtis’ journey is a tad more complex than Soo-an’s in that he has to relearn how to be selfless, and only at the very last minute does he understand how much sacrifice is really involved in saving the world.