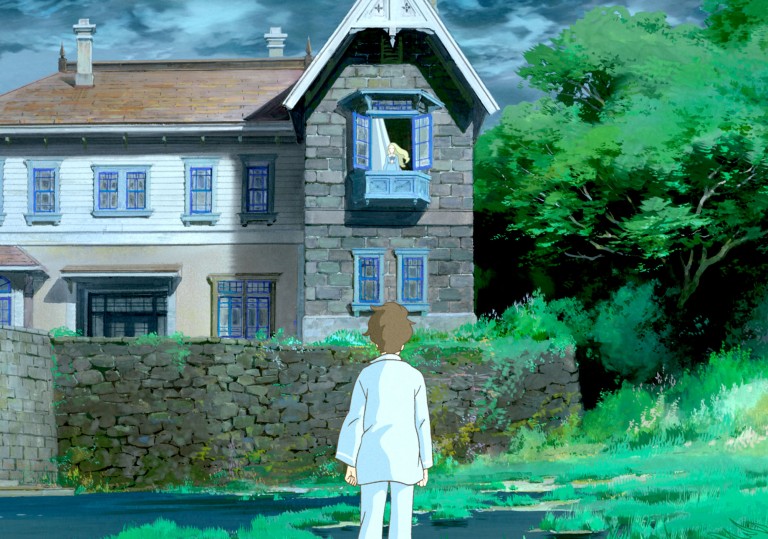 Studio Ghibli’s final film, from the director behind the very lovely Arrietty.

At times as awkward as its young protagonist, yet brimming with the familiar Ghibli magic.

Not so much an ending, as a new beginning.

Talk about a tough act to follow. Trailing behind the dual release of Hayao Miyazaki’s The Wind Rises and Isao Takahata’s The Tale of the Princess Kaguya by less than a year, When Marnie Was There is tasked with turning off the lights and lowering the shutters at Japanese animation powerhouse Studio Ghibli. Its two predecessors were monolithic statements from old masters, both intent on breaking ground in the artform they helped define. Together, they felt like a conclusion, an appropriate point to put feature film production on indefinite hiatus. Yet here is director Hiromasa Yonebayashi, picking up the mic dropped by his elders to tell one last tale.

The result is a fantasy-tinged coming-of-age melodrama adapted from a 1967 novel by British children’s author Joan G Robinson. It recounts a summer friendship between Anna (asthmatic, socially awkward) and a mysterious girl she spies hanging around an abandoned waterfront mansion. Distinct from the studio’s fantastical adventures, When Marnie Was There fits into one of the company’s secondary genre moulds: the ‘teen feels’ drama, as best seen in Whisper of the Heart and From Up on Poppy Hill, both of which were written by Miyazaki as projects for protégé directors.

Yonebayashi adapts Robinson’s novel himself, in collaboration with Ghibli veterans Keiko Niwa (co-writer of Arrietty) and Masashi Ando (an animator with credits dating back to 1991’s Only Yesterday). Where Miyazaki found a graceful narrative flow to complement his characters’ growing pains, When Marnie Was There is volatile and unpredictable from the off: a pleasant pre-titles sequence in a summery schoolyard is upturned when Anna suffers an anxiety attack after an everyday social interaction goes awry. She twists herself into agonised emotional knots.

Still, it often feels like Yonebayashi’s attempt to decode the Studio’s DNA, using Robinson’s story to illuminate Miyazaki’s creative relationship with nostalgia, pastoral settings and European influences. As Anna, suffocated by social pressures, boards a train to the coast, she is simultaneously reinvigorated by the seaside air, and drawn out of her shell by Marnie, the enigmatic girl-out-of-time, whose globe trotting family bring glamour to Hokkaido, with Jazz Age gatherings that recall the world of The Wind Rises.

While it may not be a consummate success – Totoro-adoring youngsters will find the slow pace tough; world cinema aficionados may feel undernourished by the blunt simplicities of its social drama – this is a strong entry in the ‘Post-Ghibli’ anime sub-genre. Anna and Yonebayashi look back for meaning – to the past, to the country, to simpler pleasures such as boating and letter writing – as if it were only through an acceptance of history, and an understanding of our forebears, that we can flourish.

Studio Ghibli’s final film, from the director behind the very lovely Arrietty.

At times as awkward as its young protagonist, yet brimming with the familiar Ghibli magic.

Not so much an ending, as a new beginning.