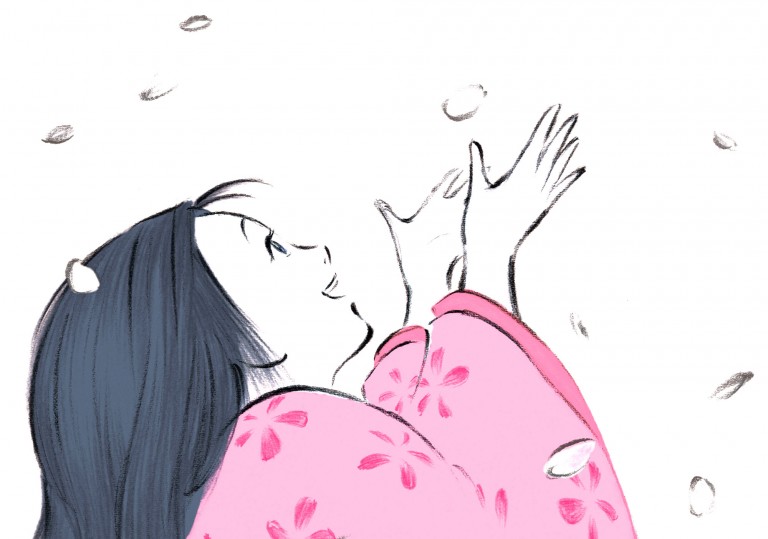 Visual beauty versus narrative drag. But when the beauty is this beautiful…

Feminism meets pessimism, as a young girl's idyll is brought crashing down to earth.

“Once upon a time, long long ago, there lived an old bamboo woodcutter…” Along with the exquisitely layered and painted parchments that we see at the beginning of Studio Ghibli’s latest feature The Tale of the Princess Kaguya, these opening words, delivered by a reassuringly female voice, leave little doubt that we are entering the world of the fairy tale.

The words also prime Japanese viewers to recognise the folk story known as ‘The Tale of the Bamboo Cutter’, written sufficiently ‘long ago’ to qualify as Japan’s oldest extant prose narrative. Yet even with the anime looking back so far, and with accompanying illustrations that evoke classical water colours more than voguish 3D CGI, director/co-writer Isao Takahata (Grave of the Fireflies) is also slyly bringing his materials forward.

The key is in the change of title, and the associated focal shift from a male to a female character. For in taking the traditional story of a miraculous foundling baby girl raised by a woodcutter and his wife, Takahata brings his own feminist spin to Kaguya’s coming of age, showing how this child of nature is repeatedly kept from happiness by the forces of patriarchy.

The Woodcutter’s misunderstanding (if it is that) of heaven-sent luxuries leads him to believe he must elevate Kaguya to acceptance and marriage amongst the earthly nobility — and so, with the best of intentions, he takes her away from her beloved countryside to a courtly urban life offering little freedom to women. The caged bird that Kaguya receives as a gift from a suitor comes with clear symbolic value.

In Isao Takahata’s version, the younger Kaguya falls somewhere between the curious toddler Mei from Miyazaki’s My Neighbour Totoro and the wild wood-dwelling heroine of 1997’s Princess Mononoke, before she is confined to a palatial mansion, constrained in her dress and manners, and offered up to a parade of eligible male suitors who are variously exposed as cheats, cowards and womanisers. This culminates in an approach by the Mikado himself, who far from the romantic lover of the original folktale, is here depicted as an over-entitled would-be rapist.

Kaguya dreams of returning to the forest idyll, and to her one-time playmate Sutemaru — but the bittersweet lesson in The Tale of the Princess Kaguya is that there is never really any going back, but only an eternal return to match the cycles of the seasons or the phases of the moon. Kaguya’s early freedom and later oppression seem likely to repeat themselves.

When she first appears, Kaguya grows with unnatural speed, learning to roll, crawl and walk within the space of a few minutes, and visibly gaining in size and stature before the startled eyes of onlookers. Yet ironically, the greatest flaw of Takahata’s film is its excessive length and ponderous pacing, which will leave viewers feeling that they have almost witnessed Kaguya’s rites of passage in real time. The film’s immense visual beauty, however, is undeniable — and irresistible.

Visual beauty versus narrative drag. But when the beauty is this beautiful…

Feminism meets pessimism, as a young girl's idyll is brought crashing down to earth. 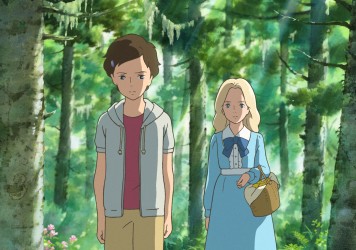 When Marnie Was There gets a moving new trailer

See Studio Ghibli’s latest gem ahead of a full retrospective of the cherished Japanese animation house.