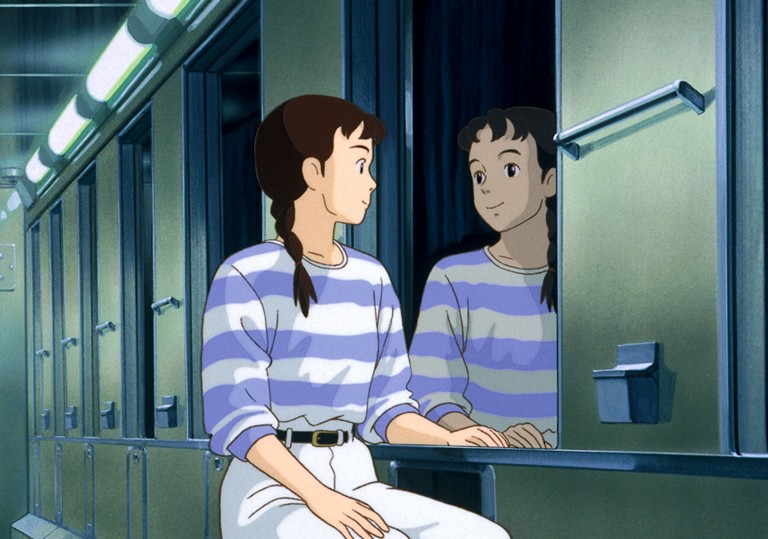 Anything bearing the Studio Ghibli seal is an instant must see.

More of an adult drama than kids’ adventure, but all the better for it.

A(nother) animated marvel from one of cinema’s unsung maestros.

When you boil it all down, much of the magic of Studio Ghibli derives from the ability that two elderly Japanese gentlemen have of reimagining themselves as gangly young girls. Where that might sound horribly seedy in any other context, this is a case of discerning and empathetic artists channelling their feelings, their thoughts, their wisdom and their aspirations into the minds of others and still forming characters who are unique and – even though fabricated through animation – terrifyingly real.

Taeko, the “star” of Isao Takahata’s 1991 feature, Only Yesterday, is a pantheon-level Ghibli heroine, even though the film remains one of the lesser-known titles in the studio’s staggering body of work. In this film she doesn’t really have a quest to embark on or a physical goal to achieve. It’s more of a psychological itch to scratch. Her journey is one which is more metaphysical, whisking her back to the days of her eventful youth and examining the things that she believes forged her into the woman she is today. A desire to take a break from the bustle of inner-city Tokyo and head to the countryside to pick flowers with her extended family serves as the catalyst for subsequent revelations. As in many Ghibli films, nature itself is a tonic for the soul.

Some may read Only Yesterday as something of a sequel to Hayao Miyazaki’s 1988 masterpiece My Neighbour Totoro, although this time the surreal symbolism of cuddly woodland critters and cat-shaped busses is replaced by fragments of memories that take a while to satisfyingly interlock. The film is a simple paean to spending time thinking about your life and your identity. It says that we should remember the things that have happened to us and build on them rather than purge them in a blind search for future happiness. It’s very pro nostalgia, suggesting it’s not only important for personal growth, but vital.

This is hushed, delicate, detail-oriented filmmaking of the highest quality. The story is told through glances and expressions, and is more interested in capturing inner feeling than it is plot points or conventional characterisation. This new digital restoration of the film can be seen with the voice talents of Daisy Ridley and Dev Patel.

Anything bearing the Studio Ghibli seal is an instant must see.

More of an adult drama than kids’ adventure, but all the better for it.

A(nother) animated marvel from one of cinema’s unsung maestros.