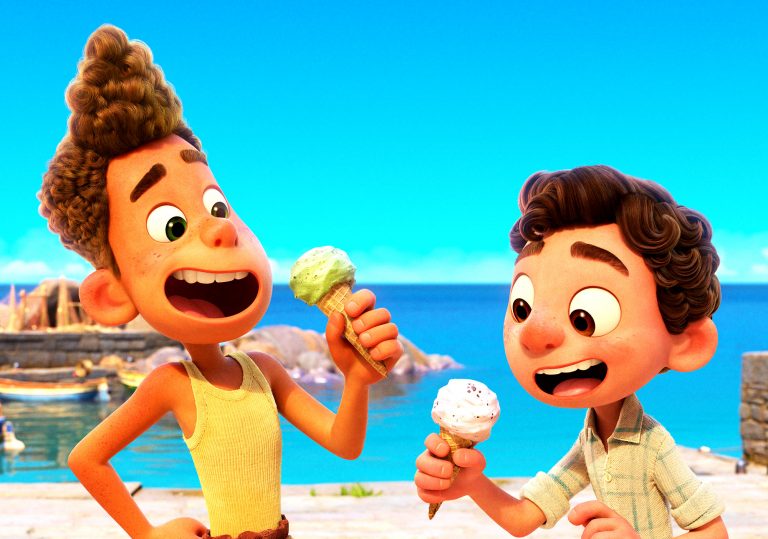 Pixar’s fish-out-of-water fable on the Italian Riviera takes its cues from vivid imagination of Studio Ghibli.

Pixar has been reliably putting out solid tearjerkers for a few decades now. Touted as kids animation for adults because of the studio’s tendency to split their films between wacky cartoon peril for the little ones and heavy-handed existentialism for their chaperones, the winning formula has started to feel a little safe and predictable.

Even their more recent major works, such as the Pete Docter-directed trio of Up, Inside Out and Soul, only manage to divide themselves between these multiple tones rather than fully threading them together, as though there’s not enough profundity in childish antics and not enough excitement in bigger questions or more abstract visuals. After seeing other world-renowned animation houses strike that balance for so long, it has become frustrating to see Pixar continually lack trust in its primary audiences.

Thankfully, Luca, the feature-length directorial debut of Enrico Casarosa (previously a story lead on The Good Dinosaur and story artist on Coco), feels like a break from tradition. The film focuses squarely on the relationship between fellow sea monsters Luca and Alberto (voiced by Jack Dylan Grazer, greatly amusing in his false confidence) as they explore the human world, becoming obsessed with the idea of buying their own Vespa. 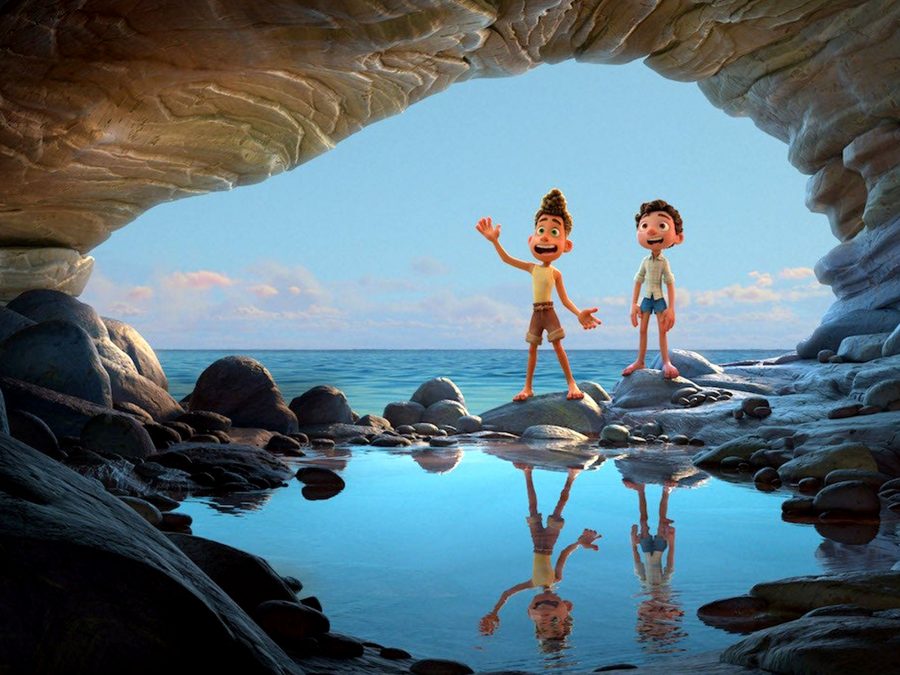 It’s not as dizzyingly imaginative or as playful as Soul – not at first anyway – but the humbleness of Luca works in its favour. Both films strive to find joy in life’s mundanities, adopting the point of view of an outsider fascinated by the human world that we take for granted. A lot of Luca is just kids letting their imaginations and cute misconceptions run wild, and through that the film creates an authentic emotional experience. It’s like if both protagonists in Ponyo were Ponyo.

The film’s most outlandish visuals come from these flights of fancy, the animators emulating Luca’s cobbled-together impressions of humanity. Luca also visually sets itself apart through its gangly, tactile, almost Aardman-esque character designs. In addition to the loving attention to detail on display, Casarosa vividly imagines his home country through the title character’s wide, rounded eyes.

Co-written by Soul co-writer Mike Jones and ‘Me and Earl and the Dying Girl’ author Jesse Andrews, there are some similarities to each writer’s previous work – but Casarosa’s warm, nostalgic vision overrides everything else, veering away from the story’s inherent peril to luxuriate in the fictional seaside town of Portorosso.

The director’s love for this setting – a portmanteau of various Italian coastal towns as well as a reference to Studio Ghibli – is evident everywhere, to the point where Luca feels like a tourism ad for a town that doesn’t exist. From the lush palette to silly incidental dialogue (various Italian foods replacing what would be swear words in sentences), this is Pixar’s most infectiously charming film in years, especially once the two boys begin to integrate themselves into the town.

There is something of a strange tension between the eventual life-and-death stakes and the director’s desire for a more laid back film, yet while it may fall into conventional Pixar territory at times, Luca is ultimately a funny and sweet diversion from the studio’s more overstuffed efforts. 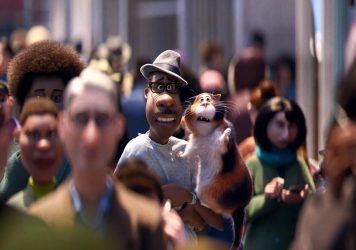