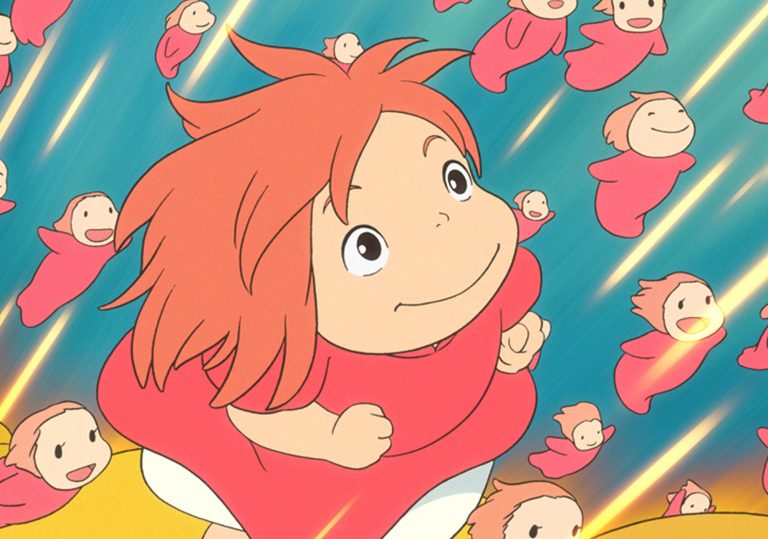 It is naïve, but that is part of its charm.

At its heart, Ponyo is a film about a global catastrophe, but the apocalypse has seldom seemed so joyous or tender.

Pixar and Studio Ghibli are both powerhouses of ‘critic-proof’ animated features, and both have a complicated relationship with Disney. Apart from Pixar’s predilection for all-CG productions, and Ghibli’s preference for hand-drawn cels, perhaps the greatest difference between them rests in sensibility, conveniently summarised by one word: ‘wow’.

This is the word that opens Pixar’s oceanic adventure Finding Nemo, uttered by neurotic protagonist Marlin as a hypervivid vista splashes across the screen. Ghibli’s latest, Ponyo, similarly opens with a multi-hued spectacle of underwater life, but writer-director-genius Hayao Miyazaki chooses to let his viewers say ‘wow’ for themselves – and they will.

For Miyazaki, a picture tells a thousand words, and here there are 24 pictures per second, some resembling a child’s inchoate drawings rendered in pastel pens, others impossibly detailed, but all exquisitely beautiful and bizarre. Together they tell a story as desultory, magical and protean as the gods and wizards of a blighted sea.

With its aquatic protagonist who defies her father to join her earthbound beloved, in outline Ponyo is not too many leagues away from Hans Christian Andersen’s (or Disney’s) The Little Mermaid, but Miyazaki has made this story unmistakably his own. An idiosyncratic focus on women in a seniors’ home recalls the aged heroine (and anti-heroine) from Miyazaki’s previous film Howl’s Moving Castle, while the morose, epicene figure cut by Ponyo’s alchemist father, Fujimoto (voiced by Liam Neeson), suggests the mercurial Howl himself.

The bolshy ebullience of Ponyo, whether in goldfish or human form (or somewhere in between), evokes the similarly toddler-aged Mei from My Neighbour Totoro, whereas the ecological concerns swimming below the surface of Ponyo are shared by virtually all of Miyazaki’s oeuvre – as is the imaginative exuberance and visual brilliance of the ideas on offer.

The love between Ponyo (Noah Cyrus) and five-year-old Sosuke (Frankie Jonas) may represent an unnatural merging of sea and land, but all its most fantastic elements are presented so matter-of-factly, and in such domesticated detail, that you too will imagine you are witnessing events through a young child’s unquestioning eyes – which makes the film’s simple, even naïve, message that much easier to swallow without drowning in sentiment.

For while here, as in Richard Kelly’s The Box, the fate of the world rests in the moral choice of two individuals, Miyazaki brings us a far more optimistic vision of nature, human or otherwise. If, he suggests, we all loved sea-life in the same unconditional way that we love the members of our own family, many of the world’s environmental problems could immediately be resolved – and so Miyazaki marries that staple theme of children’s cinema, family values, to much broader issues of respect and responsibility.

At its heart, Ponyo is a film about a global catastrophe no less destructive than the shifting plates and rising waters of 2012. But the apocalypse has seldom seemed so light, joyous or tender.

It is naïve, but that is part of its charm.