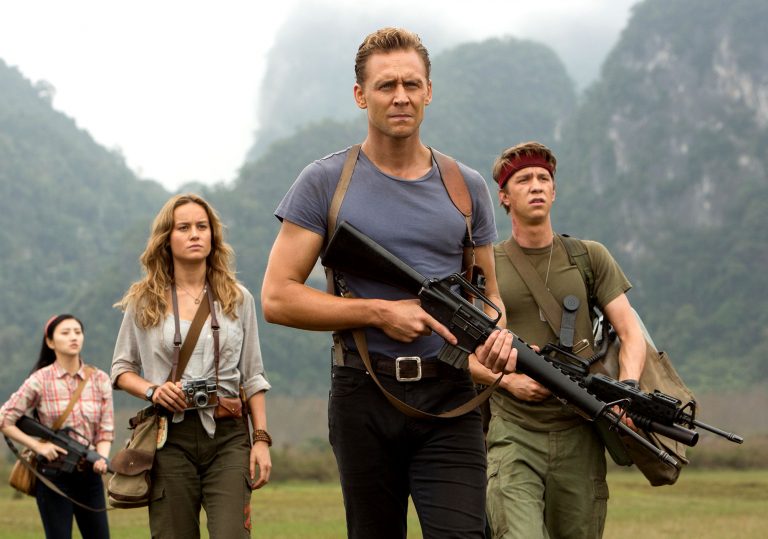 “I love the smell of Nape-alm in the morning.”

It’s an amazing blockbuster, the most incredible blockbuster you’ve ever seen. You think you’ve seen great blockbusters? Try Tom Hiddleston’s blockbuster before you continue to talk about great blockbusters you’ve seen in your life. (You smother it in CGI after shooting it on an island – that’s the thing. Also: big guns! Also: Brie! He also loves big guns and Brie!) He made this blockbuster last year, after he’d filmed the final episode of the six-part miniseries The Night Manager, which was half John le Carré-by-numbers post-Cold War drama, half James Bond audition. He settled into his Conrad role (we know…) by spending his evenings working out and watching Apocalypse Now (we know…), which he can now confirm is amazing! and riveting! and thrilling! as everyone has said.

He must see this blockbuster as part of a bigger plan for his career, which we can only hope won’t again involve trivialising the astonishingly brutal Vietnam War. Everyone knows about Apocalypse Now, but do they know about ‘Heart of Darkness’? No, and you must read it. In the book, the writer explores the hypocrisy of Colonialism, and when Tom Hiddleston read it he whistled in admiration. “Hello, Imperialism! This is a great allegory!” He used this as the basis for his character in Kong: Skull Island. 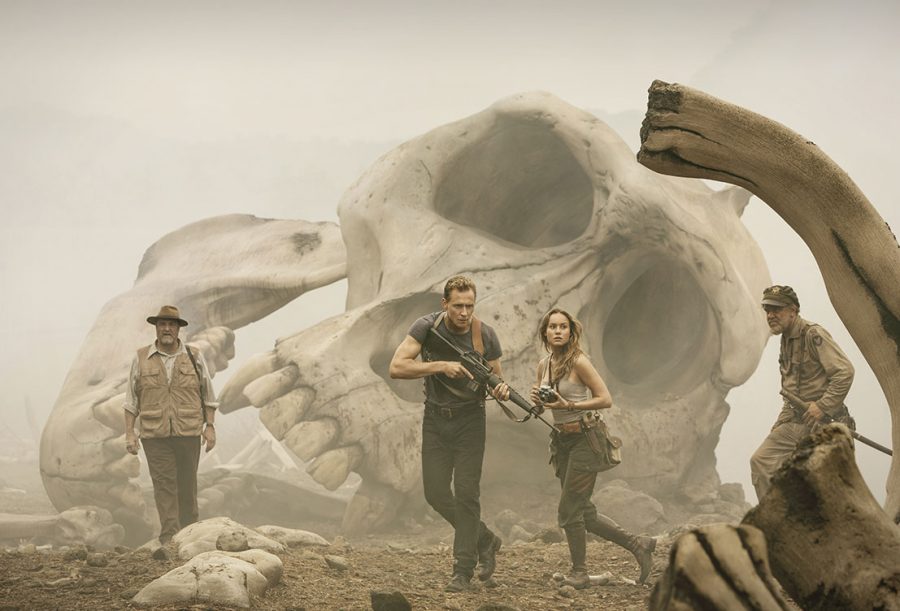 Long dramatic pauses, that’s his thing – to think stuff over, to figure out his lines, to process what’s going on in this film, both the triumphs (“John C Reilly”) and the missteps (turning a routine monster movie into a weird tribute to ’70s American cinema; a load of misc CG devil-lizards; the occasional Bond hint; a vague allusion to various indigenous peoples of the South Pacific). In the Vietnam War, he says, the violence was even more brutal than it is in ‘Heart of Darkness’: It was ugly, and the context was key, but you couldn’t see anything beyond the death. It reminded him of the movies of old, the ones he loves so much, the movies of Francis Ford Coppola. Apocalypse Now was a serious film. Lately he’s not been thinking a lot about serious films.

This blockbuster is starting to get old! He’s having a go, but it’s really getting old!

Please don’t think he’s failing by himself being in this blockbuster. Tom Hiddleston is emblematic of everything: John Goodman (“An enormous man!”); his Kong director, Jordan Vogt-Roberts (“Such a nostalgist!”); Dan Gilroy, Max Borenstein and Derek Connolly’s screenplay (“It shows any aspiring Hollywood writer how you can repurpose a great story in a derivative way!”); Tian Jing (“Regrettable!”); Toby Kebbell in particular (“That man irritates, boy!”); Samuel L Jackson (“I think he’s got no integrity!”); Thomas Mann (“Ordinary!”); Richard Jenkins (Average!”).

This is important to keep in mind while you’re watching Tom Hiddleston: His charm is perishable. It’s one of many things that, were it not for what we know about his career choices, we might already know more about. For example, you will already know he’s the kind of compelling, versatile actor who can leave his mark on all kinds of roles – as a dapper pilot in The Deep Blue Sea, a Gothic smoothie in Guillermo del Toro’s Crimson Peak, a charismatic folk singer in I Saw the Light – but maybe instead of this being a thing you like about Tom Hiddleston, it’ll be the thing he’s least liked for.

“I love the smell of Nape-alm in the morning.” 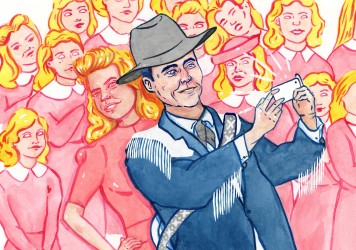