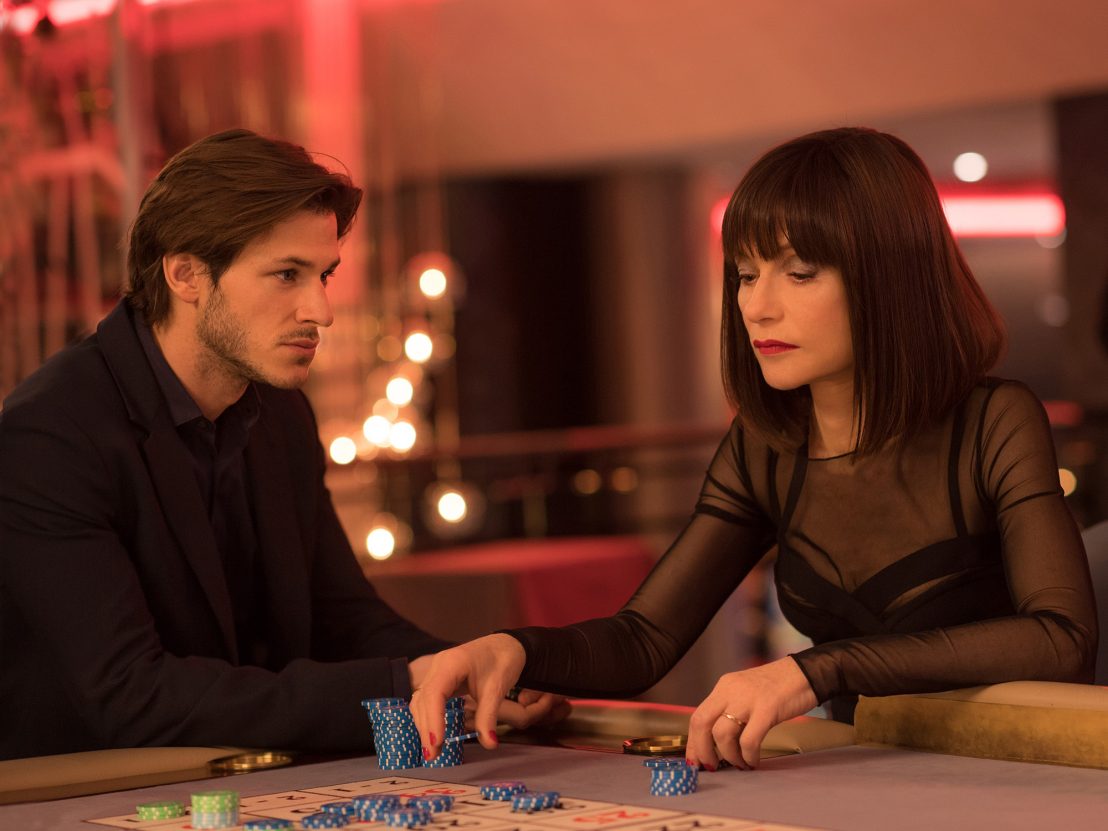 A love affair between Isabelle Huppert and Gaspard Ulliel fails to ignite a spark in this predictable psychodrama.

Benoît Jacquot has made a considerable name for himself over the span of a 40-year career directing enigmatic French thrillers. His reputation, teamed with the casting of leading French talents Isabelle Huppert and Gaspard Ulliel in a new adaptation of James Hadley Chase’s novel Eva sounds the perfect recipe for a sensual psychodrama revolving around a complex world of secrets and lies. Unfortunately there’s simply not enough substance to warrant the supremely questionable film which is the resulting product.

Ulliel plays Bertrand, a grifting young playwright struggling to write a new work, who happens upon Huppert’s titular Eva during a trip to his girlfriend’s parents’ chalet. Quickly revealed to be a high-class escort with no time for Bertrand’s self-indulgence, Eva is by far the most interesting thing about the film, played with Huppert’s usual wit and grace. She presents Eva as a woman fully in control of her destiny, whom – despite the implication of her profession – refuses to rescind control to the men that inhabit her world. There’s a candour about Eva which makes her infinitely watchable, but in framing Bertrand as the film’s protagonist, we only ever glimpse at the woman really pinned beneath Bertrand’s scrutinising gaze.

There’s a definite chemistry between Ulliel and Huppert, but it’s sadly wasted in a bland, predictable script directed with unimaginative flourishes. Somehow it feels like a parody of a French film – the sort of glossy, winking sexual drama that outsiders to French cinema assume the country creates en masse. If this was intentional perhaps it would make for an interesting commentary on society’s obsession with sex and age, but there’s too much packed into a muddled script for it to really function as a successful satire.

Most irritating is how the film wastes its cast, with Ulliel’s character little more than a conniving bore, and everyone else a bit-player in the chaos he creates through his selfish nature. The resolution, when it eventually limps into view, feels supremely unsatisfying. It’s a film that not only feels like it’s been made before, but feels unbearably smug too.