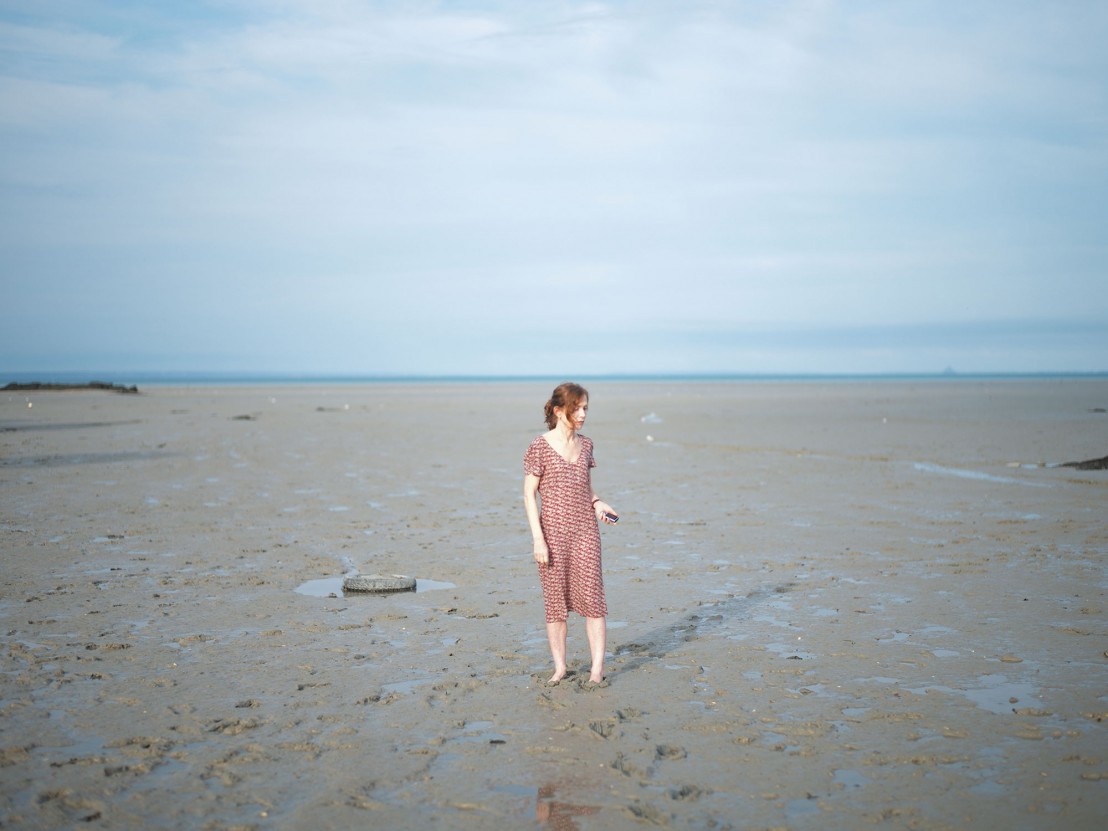 France’s greatest actress? Europe’s? The world’s? Isabelle Huppert is having one of the busiest times of her career, winning awards and critical acclaim left, right and centre. But really, it’s business as usual for this fearless screen legend, her presence in a movie more often than not standing in as a signature of excellence. We met her in London recently while she was taking a quick break between filming scenes on a new Michael Haneke movie. The main topic of conversation, however, was her starring role in Mia Hansen-Løve’s sublime discussion of ageing, relationships, philosophy and cats, Things to Come.

“Mia played my daughter in Olivier Assayas’ Les Destinees Sentimentales in 2000. She was very young. I knew her because I know Olivier. I very much like my role in that film. We have a beautiful scene together in the end when she is enrolling into religion and becoming a young nun. Very powerful, I thought. After that I was seeing her regularly because she is a friend of my daughter, who is also an actress. She did a short with Mia which was very good. I’m not saying it’s natural that at some point she would ask me to do a film with her, but at the same time, it was not such a big surprise.”

On Things to Come

“Mia sent me the script and I decided to do it immediately. Good dialogue. Strong story. The movie was like she is – ambitious. She has made a movie about philosophy, but she uses philosophy as a concrete tool. It’s never abstract. It doesn’t keep you distanced from the story. It invites you in, because philosophy is shown as a way of thinking and self-educating. It’s a way for people to make sense of their lives. It’s also a way, in terms of narrative, to make the film very funny, as when the couple break up, they’re fighting over their Levinas books rather than the coffee machine.”

On the divide between reality and fiction

“Fiction is stronger than reality. Even if you’re dealing with something that’s very personal. Fiction is the law. Even though Things to Come is very personal for Mia, she would never try to get me to replicate aspects of her mother, who the character is based on. She took a very specific subject, but she knew it was universal enough to speak to everybody, therefore she gave me total freedom. Plus, I don’t know her mother. I never met her. Actually, she taught my daughter philosophy, so I do know her I guess. But for me, she was just Mrs Hansen-Løve.”

“I always think to myself that I should read more Schopenhauer. But I wouldn’t find consolation in Schopenhauer. I studied it when I was young. Sometimes I wish I could go back to school. Or take one of those evening courses at university. I like reading very much. I couldn’t get through life without books and films and plays. All this substance. Not much hard philosophy though. Has this film got me intrigued? Not really. I was happy to be able to say these quotes by Goethe or whoever, but no I don’t have enough time really. I can only encourage other people to do so. As the film says, philosophy gives you a lot of clues about life.” 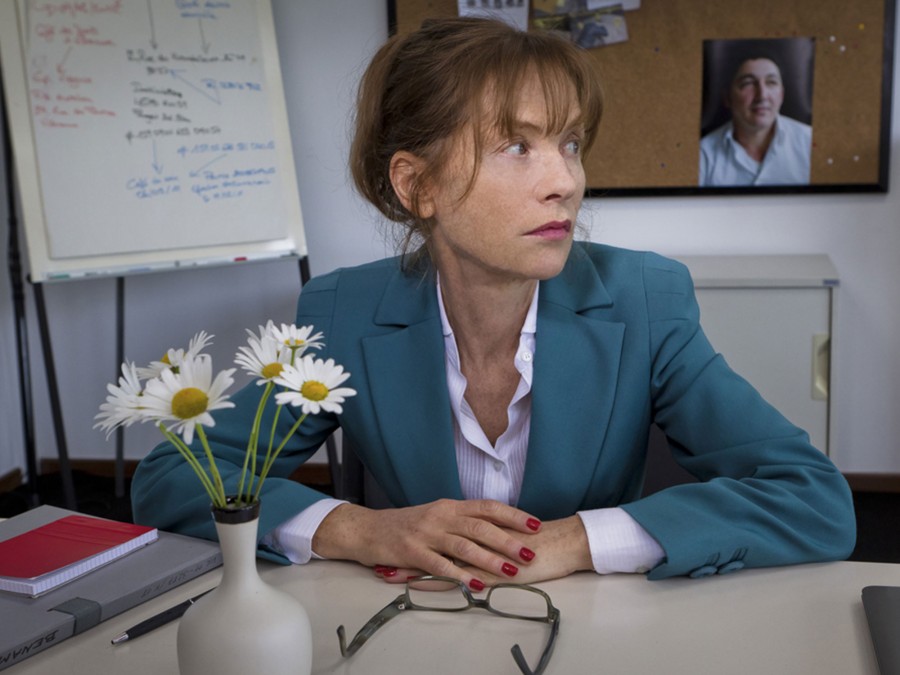 “I’m not very familiar with the actual Actor’s Studio method. I was never really interested in it. Maybe I should’ve been? I never really saw acting like that. I’m just doing it. I’m obsessed with being truthful. My main and only concern is to be as truthful as possible. Most people act and you can tell they’re acting. I want to be as close as possible to what I think reality is. The twist is, reality is usually a very different thing to what people think it is when they come to act. Most acting is over-acting. In general, with our bodies and minds, we tend to do less than more. For me, to be an actress is to worry about the tiniest little thing. I don’t know if that in itself is a ‘method’? Or if The Method gives you the answer to that? I’ve read some of Stanislavsky’s writings, and when I did I thought that I was doing Stanislavsky without realising it.”

On movies and their connection to reality

“In movies, you recreate reality, but it’s a bit more complex than just being real. If you have a close-up, for instance… It’s not about reproducing reality, because you would be physically moving more. A close-up suddenly frames you in a more minimalist way. That’s what I like about movies. You express things differently depending on where the camera is. Expressions take on different forms.”

On moving from one role to the next

“It doesn’t bother me. It’s just a bit more hectic in terms of preparation. Of course, when you start a film you have to work before, you have to try on costumes – technical preparations, but it’s not a problem in terms of elaborating the role or thinking about the role. I can have ten roles in my mind at the same time. It doesn’t bother me. But I usually have two – the one I’m finishing and the one I’m starting.” 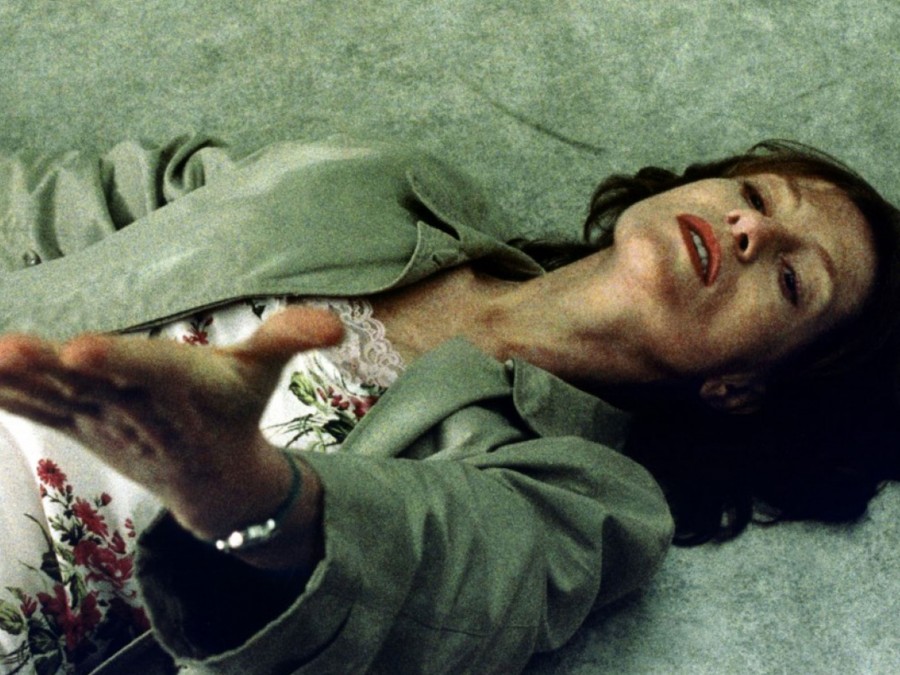 On building a character

“First, I’m not the only person to carry the film. You have the director and all the crew. A character is not an individual creation. It’s being carried and shaped by all these other elements. For example, I’m starting a film soon. I have no idea what I’m going to be doing, but it doesn’t bother me. The role is very strange, a comedy made by a young French director called Serge Bozon. I did a film with him called Tip Top. It’s hard to think about a character in Bozon’s universe, but I’m confident. We’re preparing the costumes right now. By doing that, something under the surface is revealed. And then, it will just… happen.”

“I don’t like to read a script too much. I read once, and then I forget a little bit. There’s nothing you can really predict about doing a film. It’s more about having a total trust in a director. It’s more about the chemistry. And then, everything is possible.”

“You can have hours of discussion with the director, if he or she wants to. Or have no discussions at all. In principle, I don’t like discussions during the movie. But if it happens, it happens. I don’t care. These long talks before the movie happens leaves me a bit suspicious about the need to talk further. What will the impact be? But some people need to do this.”

“It doesn’t bother me. I like it. Michael Haneke sometimes does a lot of takes. A lot of takes. The other day we did around 40. It usually happens in long sequence shots when you have to put everything together. A lot of things were happening in that shot. The rhythm is very important. Paul Verhoeven would also sometimes do a lot of takes, for Elle. I can’t believe I would ever not accept it or be reluctant doing it. There are so many different types of moment in movie making. Especially in very emotional scenes, you really feel like you’ve hit the point and I can understand actors feeling like they’ve given everything they have and that they couldn’t ever do it any better. This is what cinema is about – it’s completely contradictory, as it’s about repeating things endlessly, but it’s also about manufacturing and capturing a unique moment. We would call this the ‘magic take’.”

“I’m just finishing Michael Haneke’s film now. This is also the reason for my presence here in London. We had two days of shooting here. This movie is completely different from what I did on, say, The Piano Teacher. And certainly different to Amour. It is an ensemble film, with lots of characters. He calls it a ‘freeze frame’. It’s a portrait of a family, and everything that implies. It’s a very quick view of a family. There’s no psychology. It’s very factual. Just the facts. It sounds like Code: Unknown, but it’s different to that. It’s certainly more like Code: Unknown than The Piano Teacher, where you follow a single character. The aim is that everyone who sees it will be able to create their own film.” 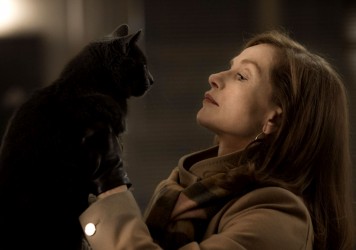