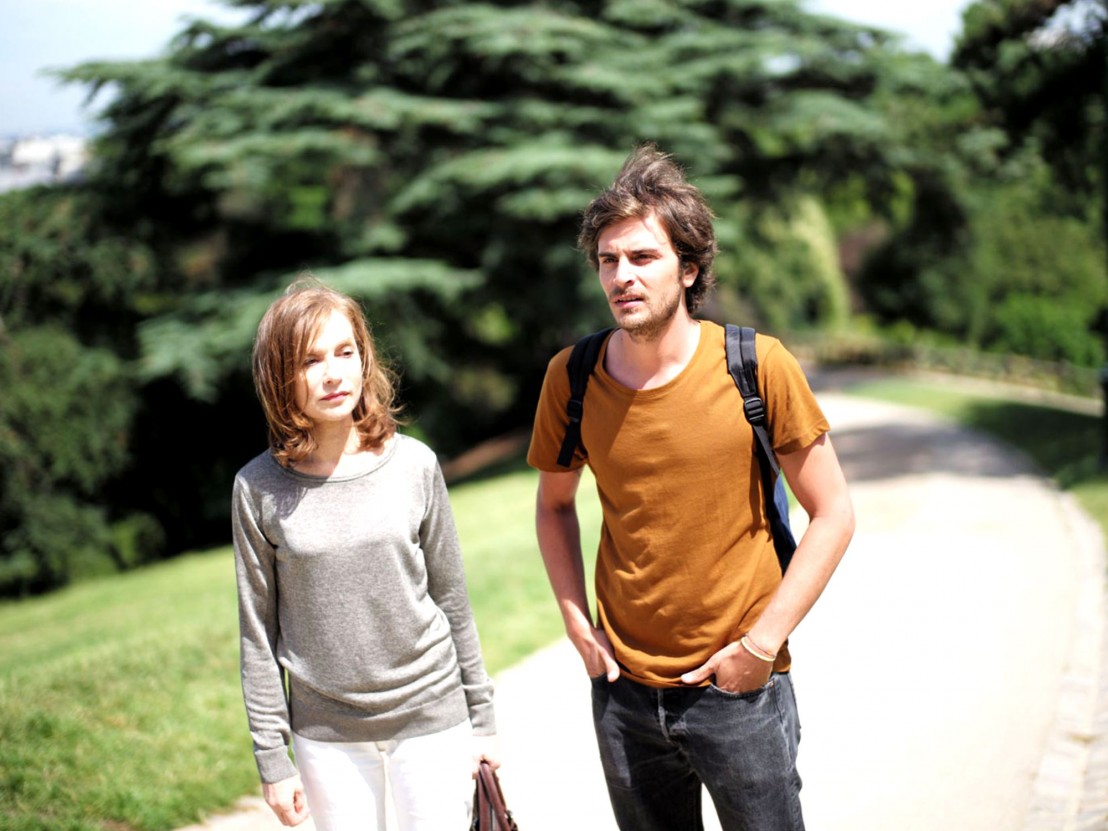 Life may teach us to accept certain incontestable truths, but it doesn’t always prepare us for them. We know, for example, that our children will one day forge their own paths, just as our parents will reach the end of theirs. How we cope with suddenly finding ourselves at the midpoint of our own journey is the focus of Mia Hansen-Løve’s transformative fifth feature, which marks a pronounced shift in the writer/director’s outlook on growing up and all the anxieties and pressures that come with it.

Things to Come is a sensitive, bittersweet portrait of a middle-aged woman named Nathalie, played by Isabelle Huppert, who is forced to reevaluate her life after her husband of 25 years, Heinz (André Marcon), confesses to having an affair. As a long-serving philosophy teacher at a local Parisian high school, Nathalie prides herself on her ability to stimulate her students’ minds while encouraging them to think for themselves. Now she must ask serious questions about her own existence, all while having her perspective constantly challenged by her two free-spirited children and a charismatic former pupil named Fabien (Roman Kolinka), all of whom drift in and out of Nathalie’s story.

Nathalie quotes Jean-Jacques Rousseau in class while doing her best to avoid being dragged into a debate on a proposed retirement reform act which, if passed, will directly impact her more than the adolescent protesters who confront her outside the school gates. Yet although she eventually comes to doubt herself, this is by no means a time of crisis for Nathalie – she takes everything in her stride with dignity and a cool head, belying the complex and confusing nature of her predicament.

Indeed, Things to Come is a film comprised of still moments of self-reflection rather than sweeping dramatic gestures. Like each of Hansen-Løve’s previous films, from 2007’s Tout est pardonné through to 2014’s Eden, it offers an intimate examination of a character entering a period of readjustment following a personal loss or separation. It’s about how easy it is to lose control over the things we hold dear, and how other people’s actions can lead us to question our own beliefs.

It’s also a film concerned with furthering our understanding of fulfilment – be it vocational or domestic – and how in life we tend to settle at the point at which our preconceived notions of happiness appear to have been met. For Nathalie, the realisation that life rarely plays out as expected arrives late, but not so late that wholesale changes severely compromise her wellbeing. And, as the title suggests, there’s a great deal of optimism here, too. Nathalie expresses feeling liberated both by her husband’s betrayal and the death of her infirm yet overbearing mother. She doesn’t dwell on past regrets but instead revels in the uncertainty of the present.

In one particularly cathartic scene Nathalie and Heinz travel to his family’s picturesque seaside retreat in Brittany. While she sets about clearing out her wardrobe, he appears overwhelmed by the realisation that this will be her last visit. The fact that Nathalie’s conscience is clear allows her to say goodbye while reflecting fondly on the memories they have built together – whether on their honeymoon or during countless family holidays. Conversely Heinz’s lingering guilt over his infidelity means that he is reluctant to let go. There’s an innate sense of tragedy here, but it’s also a strangely beautiful scene, not to mention highly amusing in its frank observation of human relationships.

In the end, what Things to Come signals most coherently is a young filmmaker’s ascent to true greatness, although Hansen-Løve’s standing as one of France’s most naturally gifted filmmakers is confirmed long before the closing stages of this remarkable film, when Nathalie’s midnight search for a black cat show us that only when surrounded by darkness can we begin to see the light.