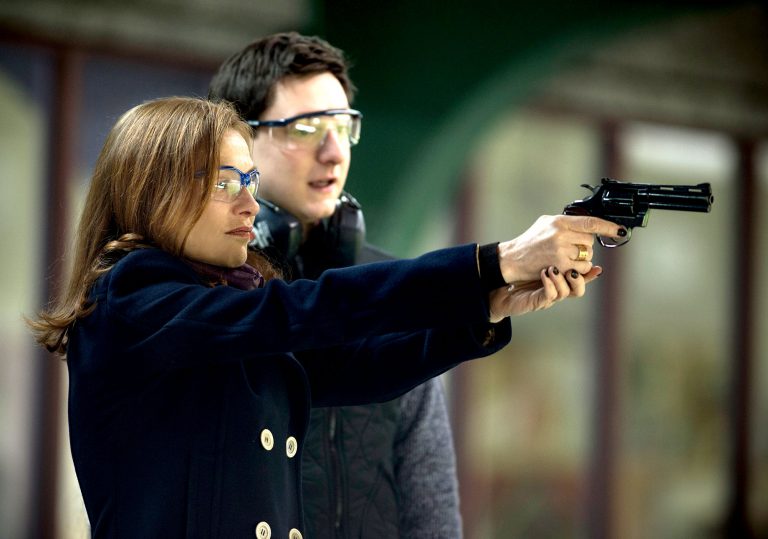 It’s a Verhoeven movie, Jim, but not as we know it.

Teases the viewer with its every double-edged frame.

That a new Paul Verhoeven film is accompanied by an almost ambient level of scandal should be no surprise: if ever a director has sought to provoke and mock that go-to critical chestnut ‘problematic’, it is he. From the outset Elle does not hold back. The film’s protagonist, Michèle Leblanc (Isabelle Huppert), is viciously sexually assaulted during a home invasion.

It then follows the complications that develop in her relationship with her attacker upon discovering his identity. As the successful co-owner of a video game company, sexual harassment is a part of everyday life for Michèle. Both personally and professionally, she is a woman used to living in a state of perpetual gender warfare. Position the assault alongside her traumatic childhood as the daughter of a notorious serial killer who preyed on small children, and matters become even more complex.

The film is based on the 2012 novel ‘Oh…’ by Philippe Djian, an author who long ago demonstrated his air for page-to-screen translation with his 1985 novel ‘37° 2 le Matin’ adapted by Jean-Jacques Beineix one year later into the cult sex odyssey, Betty Blue. With ‘Oh…’ winning the highly regarded Prix Interallié award in 2012, its reputation combined with the united force of Eurocinema powerhouses Verhoeven and Huppert meant that Elle was a force to be reckoned with long before its heralded Cannes premiere.

For starters, Verhoeven is a consummate shit-stirrer. Through its unambiguously difficult gender politics, Elle is a loose companion piece to the director’s 1992 film Basic Instinct. While both films are marked by ambivalent female protagonists who dare us to be o ended by their social transgressions, they are also marked just as plainly by their nostalgic reimagining of cinema history. Basic Instinct, for instance, is a love letter to Dario Argento’s queer-edged neo-giallo, Tenebre, from 1982, a film that consciously blurs fact and fiction within the work of its central crime writer protagonist. 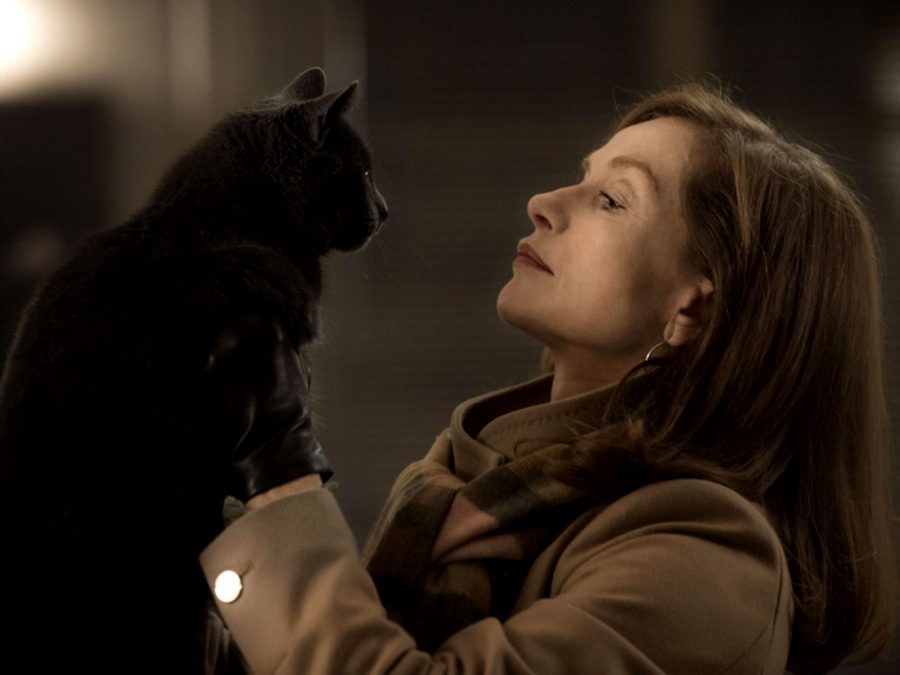 Likewise, Elle is not shy about the influence of Verhoeven’s oft-cited debt to Jean Renoir’s 1939 classic, The Rules of the Game, and both movies fall under the ‘comedy of manners’ umbrella. In the case of Elle, scathing social critique takes the shape of a frequently bleak and often vicious satire. But even the costume of the assailant in Elle flags cinema traditions long past: as much recalling Mario Bava’s Danger: Diabolik as it does Louis Feuillade’s 1913 silent crime serial Fantômas, it tells us that it is simultaneously a pantomime, a cartoon and a melodrama.

While Huppert’s presence has led some critics to label the film as little more than a pissweak Michael Haneke replica, this forgets too quickly that while she has made three films with Verhoven, Elle much more closely aligns with another Huppert collaborator: Claude Chabrol, with whom she made a total of seven films. While the unsettling violence and cold ambivalence of Huppert’s performance here certainly recalls her work with Haneke (one scene in particular is an obvious homage), it is arguably just as much indebted to Chabrol’s love of seedy melodrama and his signature affection for the moral spectacle of social transgression.

Leaving all this aside, this collaboration between Huppert and Verhoeven echoes on some level similar thematic features that directors Virginie Despentes and Coralie Trinh Thi explored in their notorious 2000 film Baise-Moi, itself an adaptation of Despentes 1999 novel of the same name. It is flatly erroneous to consider Elle a rape-revenge film by any stretch of the definition. To claim that a desire for vengeance fundamentally propels the narrative is at best disingenuous, at worst wrongheaded.

Yet the Baise-Moi comparison is still crucial. What is often overlooked about that film is that the killing spree undertaken by Manu (Raffaela Anderson) and Nadine (Karen Bach) is triggered not by the desire to avenge the graphic rape we see at the beginning of the film, but rather by Manu’s nasty encounter with her brother afterwards, when he viciously accuses her of not responding to sexual assault “correctly”.

For the women of Baise-Moi, as for Michèle, it is not just a question of responding to violence in ways deemed socially ‘appropriate’, but rather about finding a way to live with ongoing trauma any way they can, regardless of whether it makes sense to other characters (and the audience). These are women who want to survive, and these are films about making do, keeping it together when you have been emotionally rewired on a fundamental level by a violent physical trauma.

Verhoeven is undeniably a provocateur. But Elle is no hollow missile: to dismiss it as such actively shuts down the subversive potential for radical transgression that keeps Michèle alive, surviving, and connecting with those she loves.

It’s a Verhoeven movie, Jim, but not as we know it.

Teases the viewer with its every double-edged frame.