A certain image of masculinity perpetuated by Tom Cruise is on the decline in Hollywood – but that isn't necessarily a bad thing. 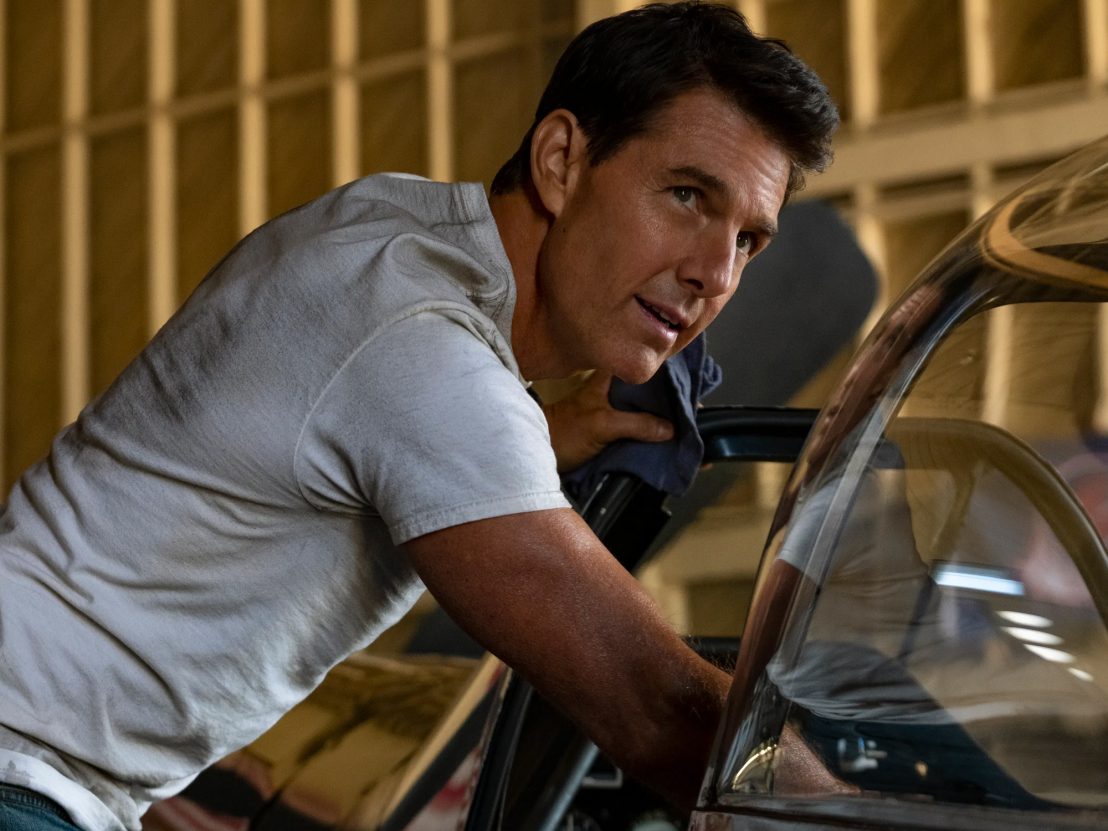 After eight years of development, two years in production and three release date postponements, Tom Cruise returned to the big screen at the end of May, reprising his iconic role as Pete “Maverick” Mitchell in the long-anticipated Top Gun: Maverick. The film has been overwhelmingly well-received by both audiences and critics alike, making $740 million worldwide as of writing, and is on track to surpass Marvel’s Doctor Strange in the Multiverse of Madness as the year’s highest-grossing film.

In the lead-up to the film’s release, much was made of Tom Cruise’s unrelenting commitment to his performance, the high standards he set for his co-stars, and ensuring moviegoers had the finest viewing experience possible. As a licensed pilot, he was determined that the film be as authentic and immersive as cinematically possible, and the film was initially delayed to enable this. Aside from the usual gruelling workouts and semi-extreme diets actors often endure in preparation for roles of this ilk; Cruise designed an intensive Navy flight training curriculum for the actors. The finished product is stunning. Top Gun: Maverick features incredible flight choreography, a lot of heart, and Cruise is as charismatic as ever.

Cruise hails from a long line of Hollywood leading men, from Robert Redford and Clint Eastwood in the 70s to Denzel Washington and Brad Pitt throughout the 90s. To be considered a ‘leading man’ in Tinseltown, an actor is usually an all-rounder – one who manages to be heroic, funny, and sensitive, likely leading with his good looks and bravado, who overcomes unfathomable challenges through stoicism, intelligence and impressive fight sequences. Clearly Top Gun’s Pete ‘Maverick’ Mitchell fits the bill, but across his 40-plus year acting career Tom Cruise has seemingly chosen to root his personal mythology around the concept of the all-American leading man.

Like many of Cruise’s roles, Maverick is devoid of a moral grey,  instead defined by his unwavering integrity. He strikes that delicate balance of being relatable enough that you see yourself in him, whilst also undertaking seemingly impossible feats of physical prowess, unachievable to the common man. in wider pop culture, these leading men have unquestionably contributed to moulding how a generation perceives masculinity, for better or worse.

The exploits of iconic leading men – from Mel Gibson’s William Wallace in Braveheart to Harrison Ford’s Indiana Jones – have given us a rigid definition of what it means to be a “real” man: being strong and courageous; self-reliant; suppressing all emotions except for righteous anger; being divorced from emotional intimacy; having a high tolerance for pain; the list goes on. We can’t deny the real-world impact these characters have, with viewers subconsciously emulating these very patterns and characteristics in pursuit of social acceptance and identity. US Navy enrolment did increase after the first Top Gun movie, demonstrating the alluring effect a well-executed leading man can have on an audience.

Bankable stars such as Cruise were once crucial to the Hollywood machine, but the world has changed after the Covid-19 pandemic, and filmmaking has changed along with it. Today, almost all of Tom Cruise’s contemporaries can be found working on projects for streaming services or television. The pivot doesn’t appear to be under duress – actors are seemingly relishing the opportunity to challenge themselves and broaden their professional horizons by experimenting with different mediums and genres, working with more diverse crews, inserting their own creative control over the process, and exploring the non-traditional routes into filmmaking. 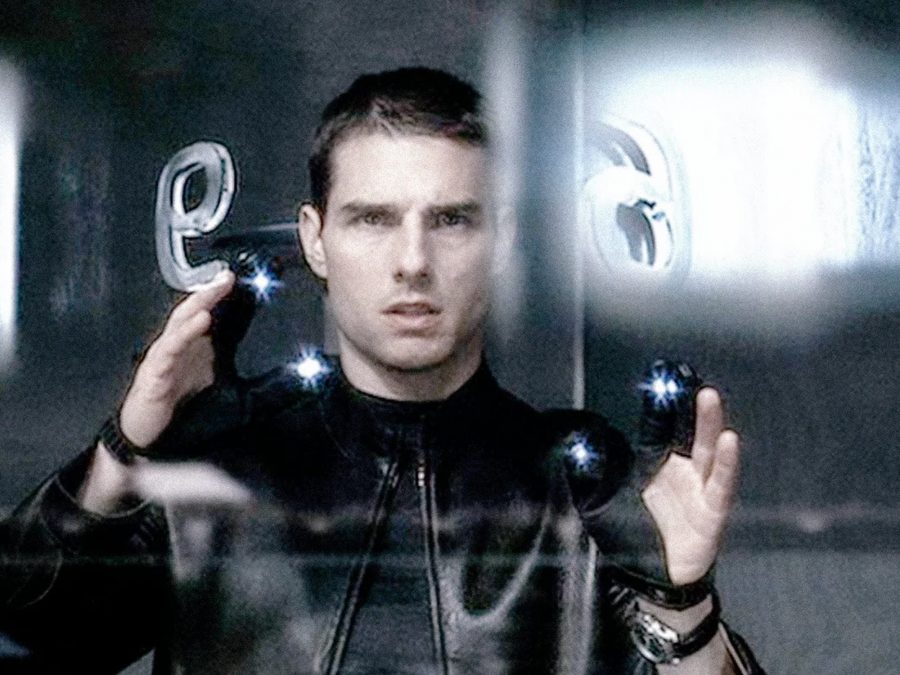 Cruise is an outlier who stands firm about the theatrical experience. There were allegedly many streaming services eager to sink their teeth into Top Gun: Maverick but he has been vocal about how he would never allow the film to go straight to streaming. His resistance might be seen as a refusal to let go of the action genre and subconsciously, the ‘leading man’ archetype he has shaped. Early in Top Gun: Maverick, Ed Harris’s stern Rear Admiral Chester ‘Hammer’ Cain pointedly tells Maverick “the future is coming, and you’re not in it” – Cruise’s character responds with a confident “Maybe so, but not today.” A big part of what makes Top Gun: Maverick so enjoyable is how nostalgic it makes us feel for characters we no longer see as often on-screen.

An actor like Chris Pratt is possibly the closest example of a modern-day leading man we have. Following a successful sitcom career, playing Star-Lord in the action-superhero film Guardians of the Galaxy was the beginning of a string of leading roles in blockbusters such as Jurassic World, The Magnificent Seven, and The LEGO Movie. Yet Chris Pratt’s own career trajectory as a movie star highlights how audiences’ expectations of actors have shifted. Per the leading man formula that has worked for many of his predecessors, Pratt did the entire talk show, magazine and interview circuit, leading with his charm, humour and good looks. For a while it worked, but Chris Pratt has more weathered criticism over his suspected religious and political affiliations, to the point that fans are petitioning to have him removed from upcoming projects.

It’s possible that upcoming lead actors who follow in his footsteps do not have the same luxury. In the past, maybe it was enough for an actor to nail an archetype of a character and earn respect and adoration – but in the age of global connectivity and increased socio-political awareness, many of us (consciously or subconsciously) watch films through a sociological lens, and demand a bit more from actors on and off-screen. We respond well to characters – and actors, who show nuance – vulnerability and a degree of authenticity that resonates with our lived experiences.

Actors such as Tom Holland and Timothee Chalamet occupy a similar space in today’s Hollywood to Tom Cruise in the 1980s, but as audiences’ tastes and social consciousness have evolved, so has the function of the leading man. Whether an actor is looking for characters that reject the typical leading man (such as Chalamet playing a drug addict in Beautiful Boy) or is leaning into it (as Tom Holland has with Spider-Man and Unchartered) Hollywood is increasingly prepared to confront the ideals that it traditionally propagated.

There is space for nostalgia and simply getting lost in the high-octane thrills of Top Gun: Maverick, but in sunsetting the traditional leading man, we make room for a broader on-screen representation of masculinity that is far more inclusive of its audience. Stars such as Steven Yeun, Daniel Kaluuya and even Benedict Cumberbatch are changing our perspective of what a leading man should be, challenging ideas of the All-American hero. In recognising the power of film to shape our perceptions of ourselves and the world around us, we should strive to create characters who help audiences accept themselves and the complexities of being human, instead of promoting this unattainable archetype. 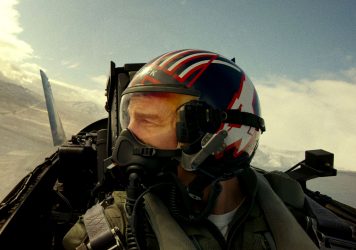 Tom Cruise smashes the sound barrier once again in this thrilling belated sequel to the beloved ’80s classic.