She plays a frustrated artist preparing for a show in Kelly Reichardt's wry, downbeat comedy. 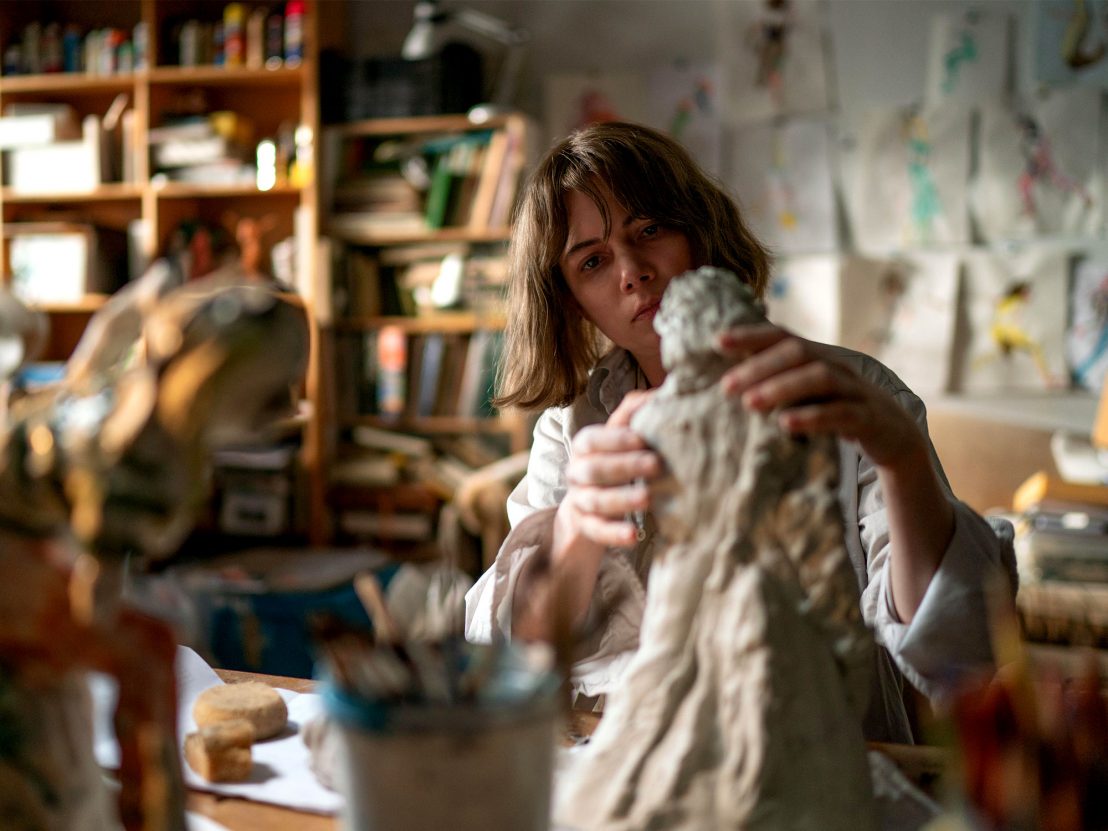 Just as everyone prepares to tie a final ribbon on their personal list of 2022’s top films, already the process of compiling a watchlist for 2023 has begun. Today brings the first look at what’s sure to be one of next year’s standouts, and with it a reminder that despite the deluge of well-reviewed awards horses in the fall, the supposed dead zone of early spring also has a bounty of superb if less on-the-radar releases.

Kelly Reichardt‘s new feature Showing Up may have gotten a premiere slot at the tail end of last year’s Cannes Film Festival and cold-shouldered for any awards recognition from the jury, but the uniformly glowing reviews still marked the comedy as one to watch while it awaited a theatrical run. With the trailer uploaded by US distributor A24 this morning, the general public can start to see why its feather-light sense of humor and deeply accurate low-stakes frustrations have already won over a faction of ardent supporters.

Michelle Williams, star of such Reichardt films as Meek’s Cutoff and Wendy and Lucy, rejoins her trusty collaborator to portray artist Lizzy, a sculptor keeping her bills paid with work at a small arts college in Oregon. As she prepares for a show of her work that she hopes will put her one step closer to success, she must contend with a deadbeat landlord (Hong Chau) who won’t fix the hot water, her family of fellow artists at various degrees of eccentricity (including John Magaro and Judd Hirsch), the unexpected arrival of a cat she must care for, and a half-dozen other little crises. From this sedate sort of chaos — in this chilled-out pocket of the Pacific Northwest, perambulating about a field counts as a class — she finds inspiration for her own vision.

At the Cannes bow, LWL’s own Caitlin Quinlan praised the “levity and incisiveness” of Reichardt’s art-world satire. In her review, she wrote: “Showing Up is perhaps Reichardt’s funniest film to date, closest in tone and style to something like Old Joy, her second feature length, in its candid simplicity and dryly comic matter-of-factness. It’s also perhaps the closest to being an autobiographical project in her oeuvre, in the sense that Reichardt is both filmmaker and teacher within a university space and seems astutely aware here of the dynamic that pervades such a lifestyle.”

Reichardt gets at the small indignities in the life of a not-quite-starving artist, one who must still lug her own equipment around and shower at work and deal with the same insecure pettiness as anyone else in her field. The rare work about an artist not framing the subject as a genius, it’s a gem worth looking forward to as we soldier through the cold months to come.

Showing Up will come to cinemas in the UK and US in 2023. 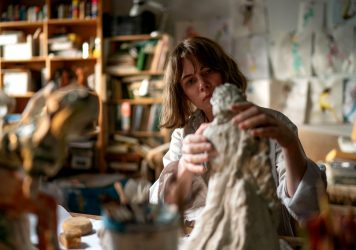 Michelle Williams excels as a sculptor whose attention is sapped by colleagues and family in Kelly Reichardt’s ambient social satire.