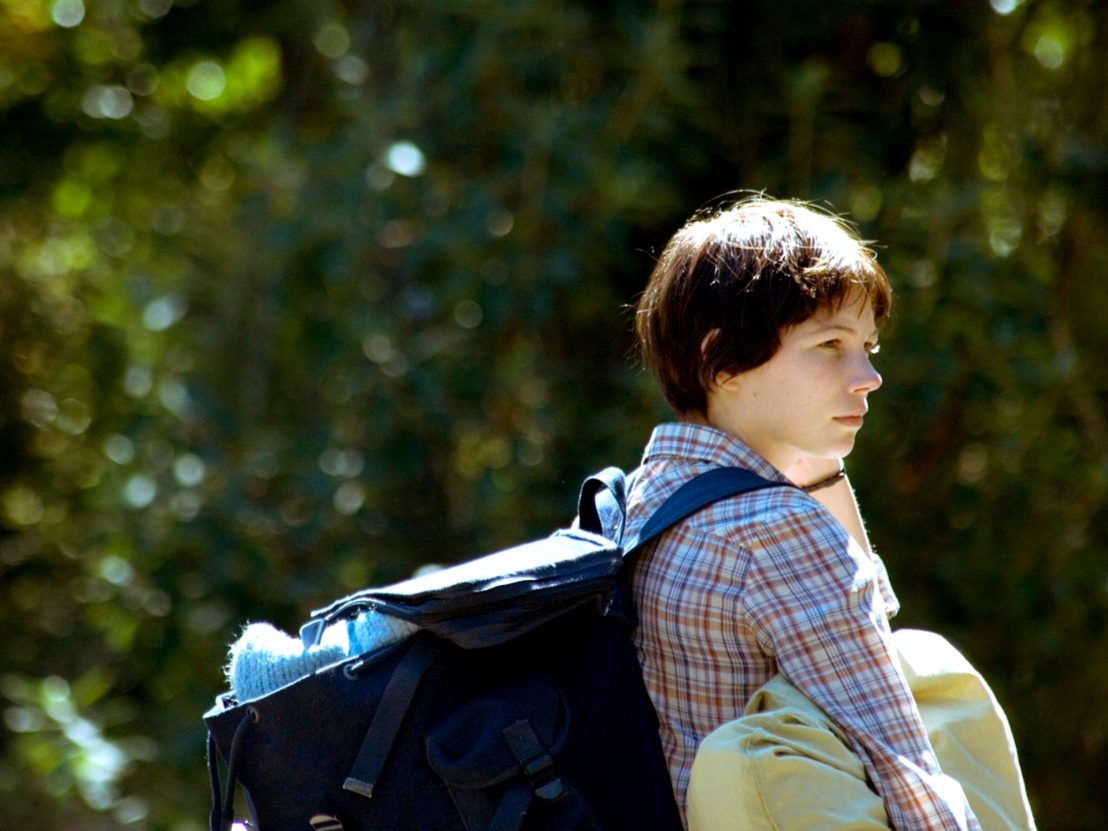 While the past decade has ushered in a whole roster of innovative American indie filmmakers, few bodies of work are so consistently first-rate as that of Kelly Reichardt. Quietly and steadily, her name has become a shorthand for a particular brand of filmmaking that interrogates America’s past and present with rare insight and intellect. Her new film, Certain Women, is her third collaboration with Michelle Williams, a fruitful actor-director pairing that began with the minimalist masterpiece Wendy and Lucy, from 2008.

The itinerant Wendy (Williams) lives out of her car with her dog Lucy. They are heading north to Alaska in search of work in a salmon cannery. The car breaks down, stranding them in a poor Oregon town, and then Lucy goes missing. With financial problems mounting up, Wendy is left at the mercy of the local residents, whose own kindnesses and cruelties have a disproportionate impact on the vulnerable traveler.

While any film involving a lost dog sounds primed to tug at the heartstrings, both the story and its telling are pointedly undramatic. In an early scene, Wendy is hassled by an aged security guard for sleeping in the car park. But this is no vindictive authority figure – rather he is sympathetic and helpful, as he knows something about economic hardship. Later the two bond, almost huddling together beneath the windowless concrete wall he guards, observing the slow, quiet demise of a small town.

Wendy shoplifts dog food and is caught by a teenage shop assistant who self-righteously insists on the rule of law – to the quiet regret of the more world-weary manager. Wendy is arrested and released – a process characterised by boredom and bureaucracy – in the meantime losing her money, her dog, and the opportunity to fix her car. The shop assistant is later seen getting picked up by his mother as he leaves work; this tiny, otherwise unremarkable detail speaks volumes about the meaning of freedom in a society organised so completely around privilege.

Eventually Wendy visits the local mechanic, who instead of fixing the car declares it a write-off. Wendy has to let go of the one thing that would enable her to leave the town, but she doesn’t argue. She knows it would be useless to direct her ire at the mechanic. Like the security guard who moves her, the shop assistant who detains her, and the police who arrest her, he’s just doing his job. Yet how can a system where everyone works as they should leaves some so dispossessed?

The film was shot on a mere $200,000 with a bare bones cast and crew (including Reichardt’s own dog Lucy in the title role). This doesn’t equate to a compromised vision, though. The style is simple but considered, and while Reichardt draws on social realist cinemas from both Italy and the UK, the film carries a stonewashed aesthetic that is distinctly American. The performances are naturalistic and the locations unornamented. Reichardt even forgoes a musical score in favour of the sound of passing trains.

On this foundational realism Reichardt constructs an authentic, compassionate story of which Williams is a vital component. She appears convincingly weary from life on the road, holding back a torrent of exhaustion behind an expression of strained acceptance. Wendy is an economic migrant pushed to seek out a job that doesn’t require an address or a qualification, and that might pay enough to buy her some of the freedom her country claims to stock in such great supply.

Beyond this, though, we’re not shown anything by way of a backstory. Our view of events is limited to just a few days, and when Wendy visits the local pound in search of Lucy, a steady tracking shot of all the other lost dogs serves to remind us of the millions more Wendys in small towns across America. Indeed, though it doesn’t lean on a particular ideology, this is a fiercely political film in which the stakes of politics are the everyday lived experience: dollar bills exchanged between hands, a blank form waiting to be filled, or the aisle of a supermarket where shoppers do mental arithmetic to figure out what they can go without this week.

Wendy and Lucy lays bare the reality that poverty is a condition of circumstance rather than character, and that empathy, backed by a degree of outrage, is the only appropriate response.