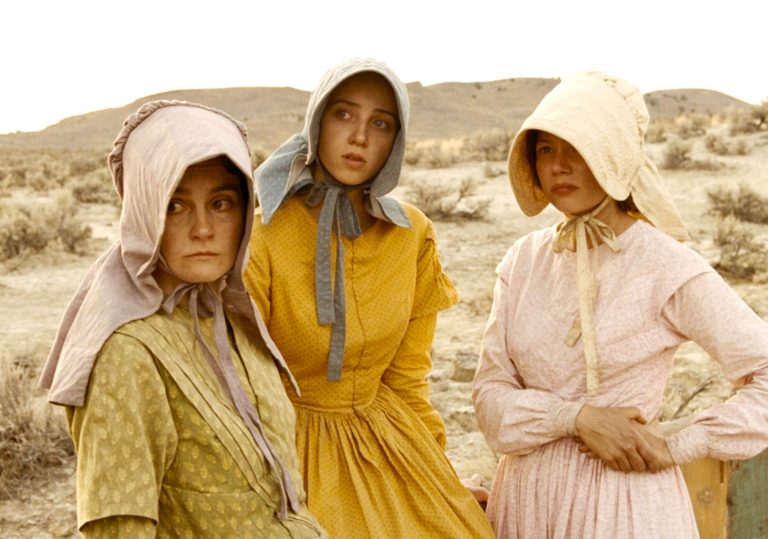 With a top cast assembled by the director of Wendy and Lucy, this could be something very special.

What about that ending? Meek’s Cutoff, indeed.

A small convoy of homesteaders wades single file through a deep river in north-eastern Oregon, navigating their wagon train with the greatest care to earn safe passage. Once across, they pause briefly on the parched bank to catch a breath and fill a few pails before forming rank and riding out. They travel light, trusting that the next source of fresh water should be no more than a pinch past the next horizon.

Where others have found their fortunes in pockets of this seemingly infertile landscape, these would-be prospectors – chaperoned by a crusty local sage named Meek (Bruce Greenwood) – have caught the tail end of the Gold Rush in the blind hope that they might also strike it rich. As it happens, it is the aforementioned liquid life-giver that will prove most precious on this trip.

Days pass before mother hen Emily (Michelle Williams) spots an indigenous scout, who’s duly captured but spared from execution after it’s decided that his regional knowledge will unearth a nearby wet spot. Campfire propaganda sees tall tales of redskin savages scalping in cold blood split the group, but it’s a risk they’ll have to take together.

The real Stephen Meek was an unsung custodian of the American Dream; a fur trapper by trade who guided scores of emigrants through an unchartered corridor separating colonised Oregon and the remaining Indian Territories. Bruce Greenwood’s wonderfully immersive performance emphasises the callous, pragmatic temperament that kept Meek a hair’s breadth ahead of the flock, but director Kelly Reichardt’s readiness to paint him as an uncouth panto villain undermines both character and actor.

Indeed, despite initial deftness in character texturing, Meek’s Cutoff reduces all three of its protagonistic couples to broad clichés – rash evangelicals, po-faced conservatives, compassionate liberals – leaving the film’s fading enigma in the bound hands of their Cayuse captive. Again, Reichardt’s toning is so transparent that regardless of the fact that his near-silence and solemn demeanour upholds Meek’s vicious intimation that he is the devil in moccasins, he might as well have some ancient native proverb tattooed across his naked torso.

There are moments – when heavy footsteps and wagon sighs fill the endless, empty space of the Oregon outback – where Meek’s Cutoff exudes an existential aroma. This is a film that broods lengthily over the insubstantiality of mortality and faith. Like the last specks of gold dust along this lonesome trail, however, these moments are a false promise that something illuminating lies just beyond the next vale.

As America continues to lick its wounds from the second worst economic crisis in its history, the pioneering steps that preceded the boom culture of the early twentieth century are treated with a fond and proud sense of nostalgia. Yet while the western may be firmly back in fashion, Meek’s Cutoff fits neither the contemporary or revisionist subgenre moulds, instead straying loosely between indie minimalism and artsy ennui.

Reichardt’s boldness in eschewing a sprawling retelling of how the West was won should be applauded, but she hasn’t yet earned the right to take this long saying so little.

With a top cast assembled by the director of Wendy and Lucy, this could be something very special.

What about that ending? Meek’s Cutoff, indeed. 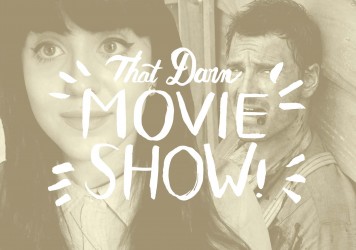 Meet the host of That Darn Movie Show! and our resident movie vlogger, Clarisse Loughrey.