A Quiet Place and Hereditary are the latest films to challenge idealised notions of motherhood. 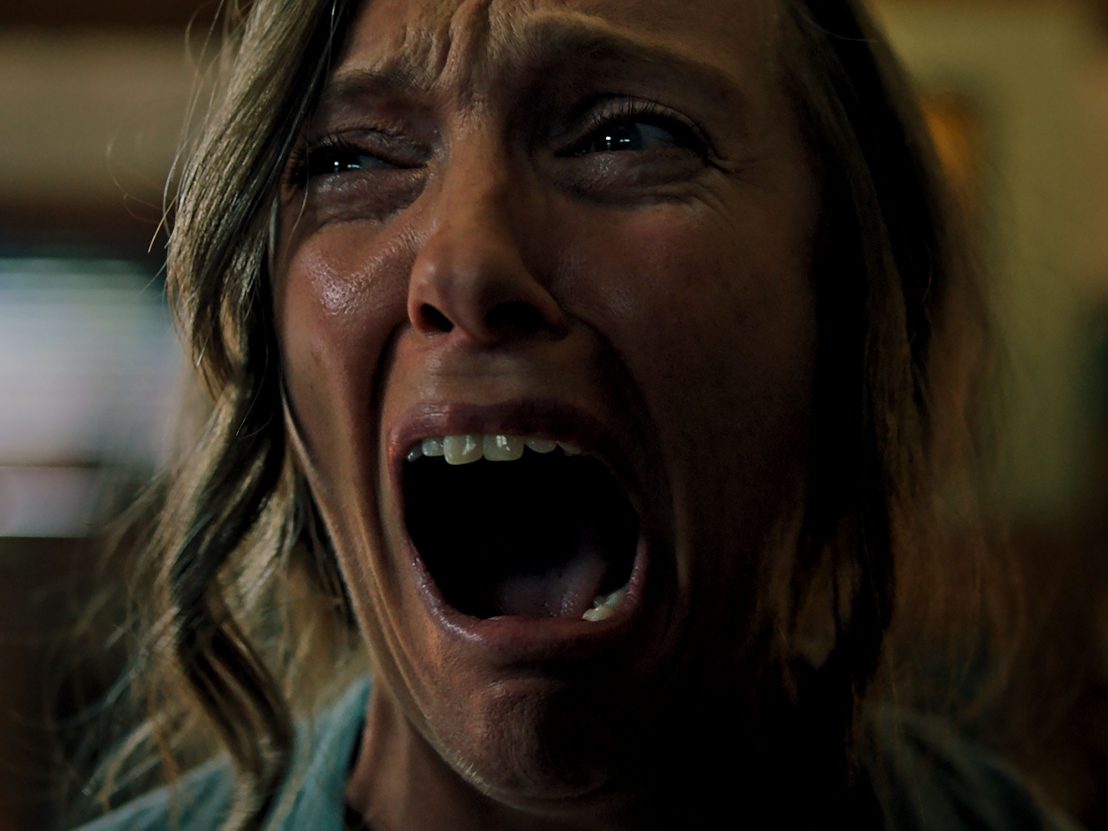 One thing that distinguishes horror from any other film genre is how much it loves its tropes: repeating them, playing tribute to them or satirising them which can lead to a self referential loop where it is difficult to decipher what is good, bad or ironic. This is especially true of female roles in horror films and in particular mothers. Be they bad guys, puritans, terrifying suburban, completely negligent, sadistic, absentee, recently deceased, or overbearing, their motives are straightforward and their characterisation is often shallow.

Mothers in horror films tend to fall into two camps, the most prevalent being the evil shrew who through her abusive parenting creates the evil antagonist (Psycho, Braindead, Carrie, The Brood, Friday the 13th). This is normally accompanied by strong oedipal undertones. The second is the screaming victim who is oblivious to what is going on and suffers intensely while being largely incapable of saving herself (The Shining, The Exorcist, Rosemary’s Baby, The Omen). The Shining is probably the most egregious example of this, Wendy Torrance’s apparent obliviousness to her situation and inability to protect herself or her child is a disheartening portrayal. As Stephen King once put it, “She is one of the most misogynistic characters ever put on film. She’s basically just there to scream and be stupid.”

The slasher genre took this a step further with the prevalence of absent mothers. A mother’s absence looms large in A Nightmare on Elm Street, Halloween and Scream, both in the life of the protagonist and when – plot twist – it turns out that the gory events were set up by the mother’s actions in the first place. This is particularly evident in the Scream series, with frequent lengthy monologues in which one of the many antagonists reminds Neve Campbell’s Sidney Prescott that this is all happening because her mother was a whore.

Released in 2014, The Babadook contains an unflinching portrayal of motherhood. Powered by Essie Davis’ sensitive, at times intense lead performance, Jennifer Kent’s directorial debut is far more psychologically affecting than it is down right terrifying. The film tells the story of a depressed widowed mother of a troubled son who is barely able to conceal her resentment of the child she loves dearly. There’s no shortage of horror in which the monster turns out to be a manifestations of the sins of the protagonist. But Kent disrupts the rules of motherhood in horror – Amelia is not the villain and nor does she play the part of passive victim. The Babadook beautifully articulates the fury that often accompanies maternal sacrifice.

Since then there have been a number of similarly fascinating depictions of motherhood in genre cinema. Alice Lowe’s Prevenge centres around a heavily pregnant woman (played by Lowe herself, who was pregnant at the time of filming) who is compelled to commit murder by her homicidal unborn child while being infuriatingly patronised the way pregnant women so often are. Nicole Kidman’s Anna Murphy in The Killing of the Sacred Deer is proactive and loving towards her tragedy-struck children but draws a firm line in the limits of self-sacrifice.

The recent XX horror anthology film comprises four different short films directed by and starring women, three of which focus on motherhood and the unique horrors that it leaves one vulnerable to. Each of the shorts uses horror as a way to explore a mother’s worst fears: What if my child is diagnosed with an incurable disease? How can I keep them sheltered from the ugliness of the world around them? What if they grow up to be a terrible person? That these films are able to put a fresh perspective on maternal fears while delivering exciting, subversive cinema is evidence of a genre in rude health.

Earlier this year A Quiet Place offered a different take on the suffering mother. Emily Blunt’s Evelyn Abbott is a heavily pregnant woman navigating a post-apocalyptic world in which she is forced to defend her family. She must literally suffer in silence or risk being devoured by invisible monsters. The film tortures Evelyn far more than any other character: she is stalked relentlessly, nearly drowned, has a nail driven through her foot and is subjected to a classic horror movie birth. However, unlike a Wendy Torrance or Rosemary Woodhouse, she is not a meek victim. She is able to heal the rifts in her family, deliver her own baby without assistance, mourn the losses she suffers without ever being paralysed by them, and in the end she is triumphantly (and singlehandedly) saves her children. This is a woman without weakness, bitterness or rage.

In the case of Hereditary, it is the evil shrew archetype that is ingeniously reimagined. The first feature from writer/director Ari Aster, whose earlier shorts Munchausen and The Strange Thing About The Johnsons also explore the darker side of family, Hereditary tells the story of the Graham family with Toni Collette giving one of the most committed performances in modern horror cinema in the role of the matriarch. Collette’s Annie is a rich, tragic and complex character who has more in common with Medea and Hedda Gabler than Pamela Voorhees or Margaret White.

Hereditary will leave your soul writhing in pain. It is a film about the damage we do to our children, about the ways small sins chip away at our relationships until there is nothing left, about all the ways that families can destroy each other and how being a mother sets you up to fail again and again. Unlike in the problematic and clichéd caricatures of old, Annie Graham is a fully three-dimensional human being. She is both the victim of her abusive mother and the villain for failing her family at every turn. Many of the most horrifying moments in the film stem from the hideous things an unravelling Annie says to her offspring. In one standout scene she unloads on her grieving family over dinner, screaming accusations at them before complaining that their shared pain hasn’t brought them all closer together. She is at once unhinged, apathetic and vicious. This is motherhood at its very worst without ever descending into caricature.

Scenes unfold at an unnerving slow pace, forcing us to sit with these characters and absorb their pain. We see them – especially Annie – make wrong decision after wrong decision, which inevitably leads to increasingly dire consequences. Though she may have been doomed to fail from the start, it’s still shocking to see how much Annie lacks the basic strength and kindness to help her family. It is her personal tragedy that she is forced to watch her loved ones suffer because of her actions, and crucially Collette’s masterful performance leaves us sympathetic to Annie even as we witness the havoc she wreaks.

Hereditary is further proof that horror cinema doesn’t need to rely on narrow definitions of motherhood (or indeed womanhood) to have mass appeal. After all, motherhood is a period of self-examination, of questioning one’s strengths and weaknesses, and becoming acutely aware of the darkness in the world. It is a time in a woman’s life when she is forced to relinquish control of her body, yet it can also be empowering, and as Aster’s film shows this transformation can be the foundation for the highest calibre of horror.