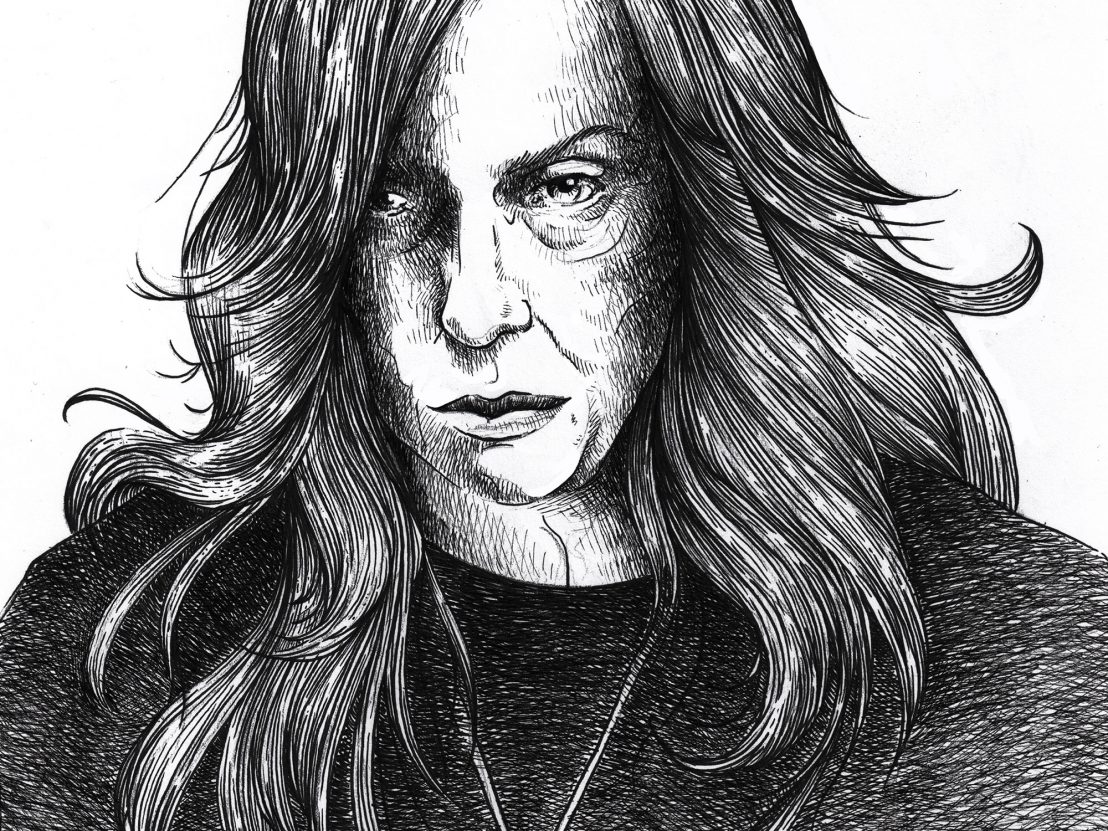 Having first achieved cult reverence for her role as the awkward eponymous character in Muriel’s Wedding, Toni Collette has worked as a chameleonic character actor for 25 years and counting. She delivers a blistering performance as Annie Graham in the terrifying metaphysical ghost story, Hereditary. When she called from the LA set of her next feature (Dan Gilroy’s Velvet Buzzsaw), the Australian couldn’t have been less like her on-screen persona – but was only too happy to talk us through the process of making a modern horror classic.

LWLies: What was your first response when you received the script for Hereditary?

Colette: I really wasn’t looking to do anything like that, which my agent knew, and they sent it to me saying, ‘We really think you should check it out’, and they were right! I think the horror derives from the fact that before that kicks in, you actually really get to be with these people who are in quite a lot of pain – it’s more a study on grief and family dynamics. When I read it, it felt heavy but in a really beautiful, honest way. It took its time, and it doesn’t become ridiculous. The horror is an extension of what’s happening – which is what makes it even scarier.

It’s such a slow burn. You really see the way this whole family unravel. People have been quick to just categorise it as a horror film, but I think it’s about so much more than jump scares or gore.

And none of that is gratuitous. It’s all down to Ari [Aster]. I’m telling you, this guy is the real deal. I really didn’t want to do anything heavy or emotional, but I just couldn’t help myself because it was just so brilliant. When I met him he was so aware of what he wanted to do, and I realised I’d never worked with a director who was that thorough, and meticulous. It was an intense experience but it was very satisfying as well.

Do you see any similarities between Annie and the roles you’ve played in the past or did this feel like something completely different?

Every character I’ve played feels different, but with Annie in particular, it was really nice to play someone where I wasn’t afraid of her being unlikable. There’s quite a narcissistic edge to her – she’s so absorbed in her own pain and her own neurosis – but also a sense she needs to be taken care of, and that she’s a little unhinged and vulnerable. Grief is hideous for people to go through; it’s a part of life that’s really difficult but it’s taboo to talk about it. I love that the film tackles that, and the family all engage in it in a completely different way.

How do you find the necessary emotional space to perform these sorts of roles, which must be quite draining?

I knew what was required of me with Hereditary, and I could feel it somewhere inside of me, but it was a case of kind of holding everything at bay and resisting going there until it was absolutely necessary. Otherwise it would just be too much. It’s not like I’m getting caught up in the story and suddenly feel like I’m the character – I think that’s utter bullshit when actors talk like that. This role was a lot though, so I saved it for when the camera was rolling. I even tried not to think about it. It was just erupting when necessary.

I read an interview with you from 2002 where you said that “acting is a weird form of torture”. Does that apply even more so to a film like Hereditary?

When I first started acting I used to feel very overwhelmed by my emotions, and acting gave me an outlet to express myself. When I said that, I was probably trying to retain my own emotions, but my relationship with acting has changed over and over as I get older. I don’t know how to do it other than give 100 per cent so it does get a bit exhausting, but other than that, it’s so exciting to work on something that feels special, which Hereditary did.

That sense of this being something special came across when I saw it. Everyone in the cinema seemed completely blindsided by it. I haven’t seen it with an audience yet.

I do like the fact also that this film in particular lends itself to the idea of watching it in a theatre, in a communal space and not just on your bloody phone or in bed. It’s actually exciting to watch it with other people because you almost need that comfort. I don’t want to get political, but I think that there’s this push to make people live in a kind of ostracised, isolated way, and everything in society feeds that idea. I think the more people can come together the better.

What do you think it about the relationship between parents and children that makes it such a prime theme for horror films to explore?

I think it’s just really interesting to explore on every level and in every art form. The psychology of the connection between a parent and child is just so incredible. I’m listening to an audiobook called ‘Difficult Mothers’ at the moment – I wish I’d had it when I was shooting Hereditary because it is pretty much all about what we absorb from our prime caregiver. Certainly with Annie, her whole life she’s just had an unsettled feeling and never understood it. One of the most horrible things about this movie is that there is no hope. No light and no hope. I think that’s why people have had such strong reactions. And like you said – this isn’t just a horror film. In essence, it’s a family drama. People who just love horror will love this, but people who are interested in psychology, or who are interested in aesthetics, will be drawn to it too.