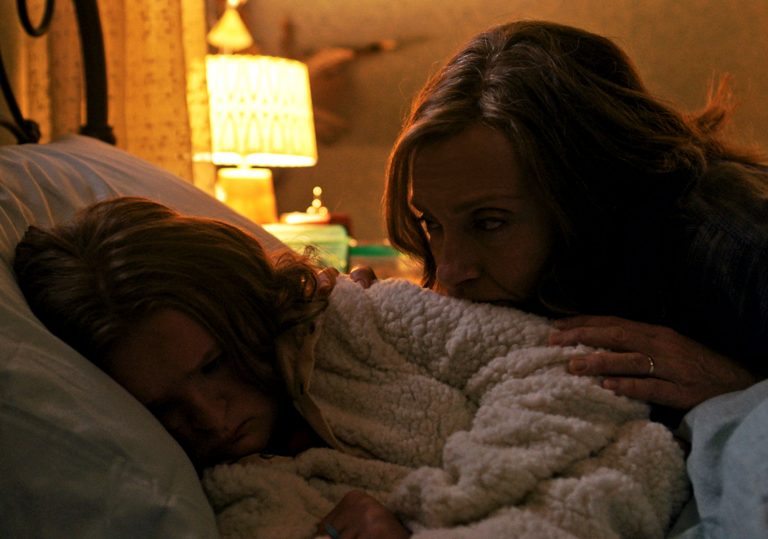 Early reports from Sundance are promising.

This is serious, glorious, edge-of-your-seat horror.

To quote the immortal words of Philip Larkin: “They fuck you up, your mum and dad. They may not mean to, but they do.” This poetic indictment of familial relationships is brought to mind by Ari Aster’s searing cinematic debut, Hereditary, in which the members of a middle-class, ostensibly normal family come to terms with the death of a relative and face the strange days that follow her funeral.

This unfortunate clan are the Grahams, consisting of artist Annie (Toni Collette), her husband Steve (Gabriel Byrne) and their two children, Peter (Alex Wolff) and Charlie (Milly Shapiro). Annie works as a miniaturist. She creates exquisite small-scale renderings of real-life scenarios which provide a crucial anchor to the story: as she contends with an impending gallery deadline as well as her mother’s passing, it becomes clear that – as in her work – the devil is in the detail.

And what details there are to behold in the performances, chiefly from Collette as the frantic, fractured woman battling internal demons and the very real possibility of external ones too. She’s gamely joined by Byrne, who gives a subtle, stern performance as her increasingly exasperated husband Steve, and impressive young’uns Alex Wolff and Milly Shapiro who hold their own as the Graham siblings. Wolff in particular has a striking vulnerability about him – rather than playing up a teenage archetype, he’s wide-eyed and terrified; a messy, shrieking, infinitely relatable adolescent loser. 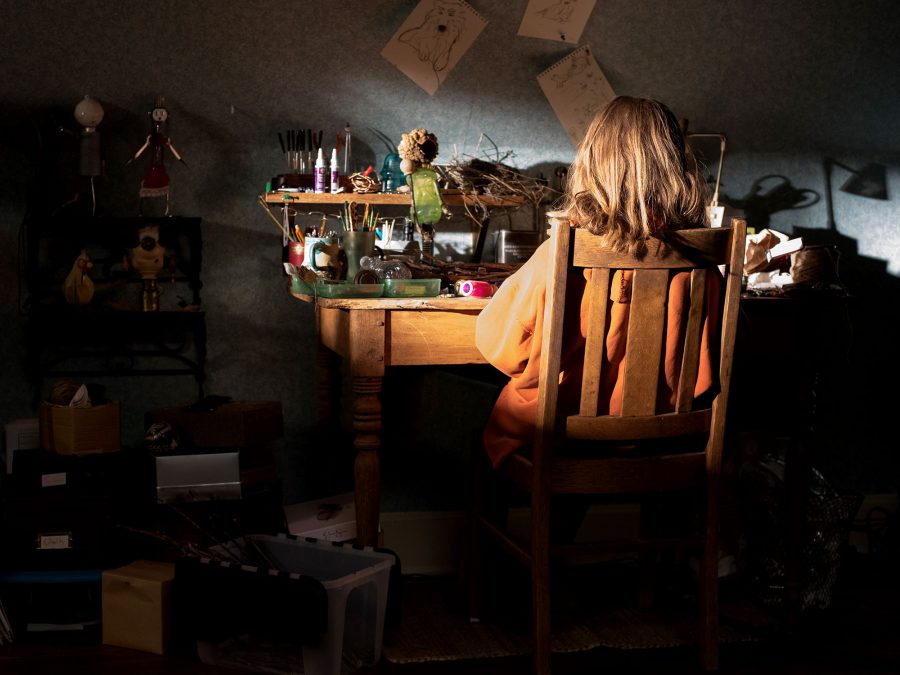 The film’s intricate construction is complemented by Colin Stetson’s unsettling Gaslini-adjacent score, and a rich, heavily-saturated colour palette that works in stark contrast with the progressively more eerie action that plays out against the small-town sunshine. In the age of the obligatory jump scare there are grizzly scenes aplenty, but Aster prefers a painful sense of impending dread which begins with the opening shot and refuses to rescind its grip until the final credits.

It’s possible to identify subtle cinematic nods to the likes of Don’t Look Now and The Shining – notably in Shapiro’s unnerving portrayal of a creepy kid at odds with the rest of her family (complete with an orange hoodie as unexpectedly haunting as Christine Baxter’s red mac). Pawel Pogorzelski’s crisp, ethereal cinematography seems influenced by John Alcott’s iconic work with Kubrick. Rather than a derivative exercise in genre scalping, there’s something fresh about the masterful way in which Aster examines the insidious nature of suburban inertia while playing on the very real fear of what we inherit from our parents, and in turn, what we pass onto future generations, wilfully or not.

Part relationship psychodrama, part ghost story, part exploration of inherited madness, Hereditary is a film which refuses to parlay into a set definition of horror, which is its twisting, slippery strength. It begs to be rewatched, reconsumed and resurrected so that some part of its spiralling weirdness might become more familiar. Although there’s plenty of unsettling imagery present that’s liable to haunt audiences for years to come, it’s Aster’s thematic ambition which transforms it into a smiling, intoxicating villain of a film that gets under your skin and sinks into the marrow of your bones.

Early reports from Sundance are promising.

This is serious, glorious, edge-of-your-seat horror. 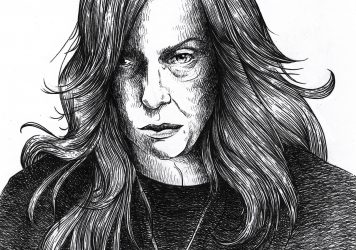