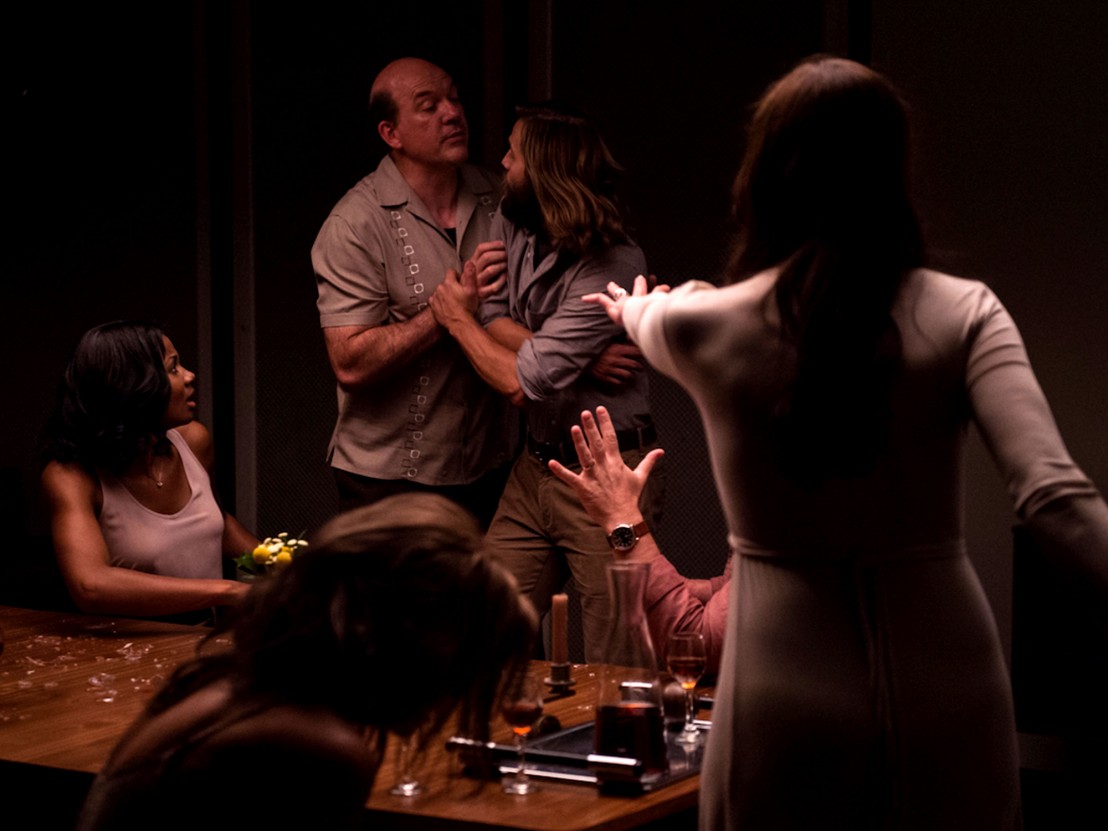 Horror is not a genre in which female directors are well represented. However, the recent likes of Jennifer Kent’s The Babadook and Ana Lily Amirpour’s A Girl Walks Home Alone at Night were genuine breakout hits with unique voices. Their stories had distinct female perspectives; the difference between those films written and directed by women and those just helmed by women is the difference between someone with an original vision and those who might simply be directors for hire. But why are there so few women working in this genre?

One woman who is no stranger to making horror films is Karyn Kusama. Her latest film, The Invitation, is set at a dinner party where all hell breaks loose. Her first foray into the horror genre was 2009’s Jennifer’s Body, which was written by Diablo Cody and has a very different feel from the male-scripted The Invitation. The former is all about female empowerment and relationships, while the latter is a steady handed kill film. Does the dynamic of women writing the stories as well as directing them make a difference, and can this type of horror be popular enough to sell?

The Babadook’s unseen monster was not as frightening as how Kent turned the stresses of being a single mum while juggling a low-paid job into a paranoid creeping horror. Touching on the child’s fear of the bad parent and also the feeling as a mother that you might want to harm your own child, this film was a word of mouth hit. Unsettling rather than plain horrific, it touched a nerve with a wider audience.

Then there’s Amirpour’s vision of a young woman negotiating her place in a male dominated society. We see her getting ready for a night out, putting on her make up carefully, dancing to her records and preparing to leave the house; a routine every young woman has gone through. Except in this instance her night out includes looking for her next meal. A Girl Walks Home Alone at Night is filmed in a low-key and gore-free manner. There is a love story here but never an overtly sexual succubus, an all too often presence in male driven horror films. Even The Invitation has its own pointless gratuitous female ‘money shot’, disturbing for its crassness rather than as a trope for driving the story.

There are, of course, other women directors who have dipped their toe into the horror genre. Oscar winner Kathryn Bigelow’s 1987 film Near Dark was her first major feature and a welcome addition to the vampire canon. The late, great Antonia Bird’s Ravenous from 1999 was a particularly horrible cannibal story. But not many women seem to make it a conscious career choice. And that’s a real pity because the unique perspective of what scares women is what scares everyone, and it’s important to have a more rounded perspective and a variety of viewpoints and voices.

On a more positive note, next on the horizon is XX, a new initiative of horror anthology films comprised of stories exclusively told by women. Kusama is one of the filmmakers taking up the challenge, as is St Vincent’s Annie Clark and Boxing Helena director Jennifer Chambers Lynch, who, despite her poorly received tale of the ultimate woman’s fear of being kidnapped by a stalker, has gone on to make a modest career as a horror director in TV and film. Let’s hope XX turns out some high quality material, otherwise it might appear to be a passing nod to inclusivity in a medium that still prefers its women trussed up in bikinis and covered in blood.

The Invitation is out now in the US.