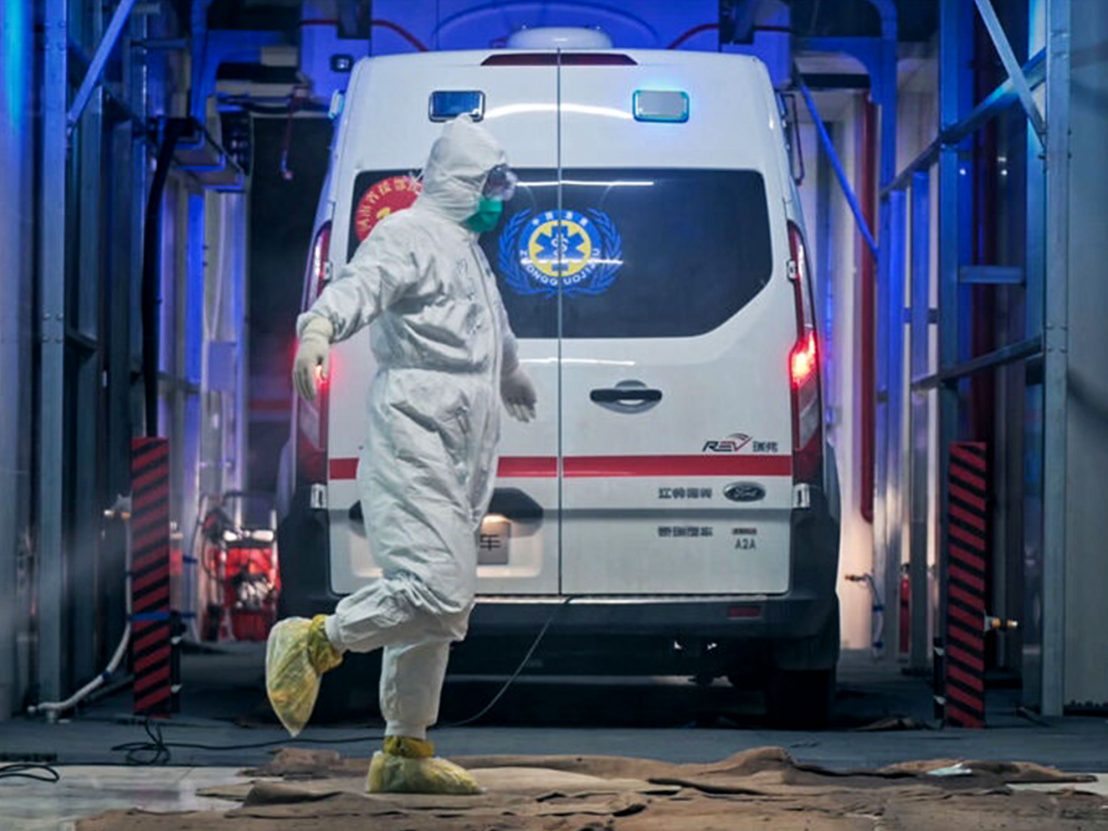 The great multimedia artist and human rights defender Ai Weiwei has not been sitting idly by while the world has descended into pandemic-fueled disarray. Though he’s been unable to leave his current residence in Europe, he nonetheless directed a new documentary titled CoroNation about the cataclysmic situation in Wuhan and the surrounding regions of China, where the COVID-19 virus has hit populations the hardest.

Employing a team of civilian camera operators on-site, Ai examines the devastation and reconstruction in the wake of this sweeping crisis through a patchwork cast of ordinary citizens. A couple on the road goes through meters of red tape to return home; a construction worker has a more difficult time, barred from his own town as well as his previous work site in Wuhan; an older woman and her son debate the media’s role in the public health response; a courier brings emergency supplies to those in need.

In the mesmerizing long takes for which Ai’s cinema work is known, we snake around the endless corridors of temporary hospital facilities and float over expanses of ruin. The film touts itself as the first feature-length documentary about a global disaster not even yet finished, and it does bring a sense of immediacy to its depiction of the desperation and tedium defining the current moment.

Ai being a staunch critic of the Chinese state, it comes as no surprise that the film assumes a sociopolitical dimension to go with its you-are-there reportage. He tacitly illustrates how the government’s centralizing of power enabled it to enact swift and brutally efficient countermeasures to contain the coronavirus threat, though at the cost of many individuals’ personal liberty and agency.

It seems that everyone’s racing to complete some project addressing our shared, unending nightmare, but Ai’s the first to do the subject justice. With appropriate solemnity and compassion, he articulates just how much is at stake, both on the micro and macro levels. One can only hope we’ll see this same sensitivity and circumspection from Michael Bay‘s impending COVID movie.

CoroNation is available to stream now on Vimeo in the UK or the Alamo Drafthouse Virtual Cinema in the US.