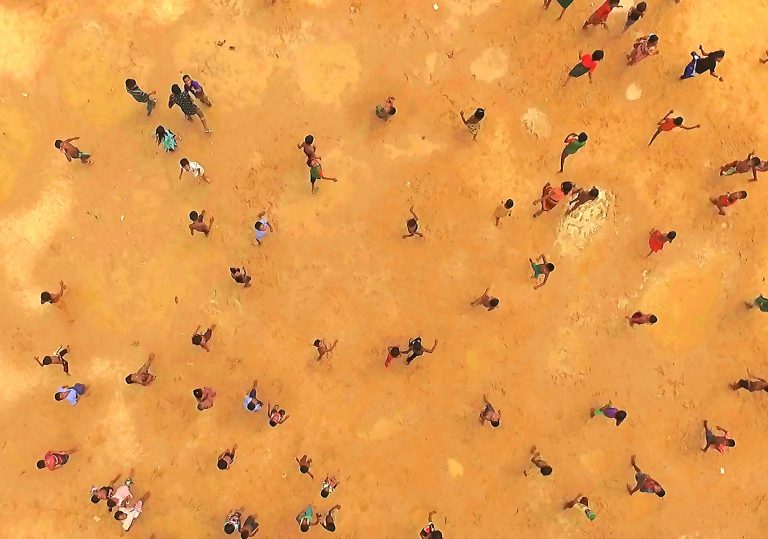 A unique voice takes on a vital issue.

Beautifully filmed testimonies that tear at your soul.

It’s unlikely anyone who can invoke change will see it.

Documentaries so often tell the stories of what has passed, but a new film by artist and activist Ai Weiwei puts the camera into a very active issue. Spanning 23 countries, with over 200 crew members, he observes the mass migration of refugees currently happening across Europe and the often hostile reaction to their arrival by various destination countries. Talking to people affected in a variety of ways and propelled by hope alone, this is a justifiably harrowing look behind the headlines. Yet Ai doesn’t weep and wail.

There’s no overt provocation here. Instead, the artist paints portraits. Walking through the borders (sometimes infuriating patrol guards), he meets the people affected and sees them for who they are. Not the faceless, huddled masses of TV reports and charity adverts; but people with names, pets, smartphones. In between the moments of despair we see moments of levity, such as a child poking her mother with a balloon animal, or Ai ‘swapping passports’ with one of his interviewees. Optimism is as important to this story as outrage or despair.

Identifying the dispossessed in such an unpatronising, human way has a devastating impact. At one moment the camera sits quietly as brothers hold each other and weep, unsure of what to do next. The next it soars over camps watched by entranced children. Local politicians, administrators and academics point the finger of blame in various directions (mainly westward), outlining the frustrating complexity of the argument that keeps these people in stasis.

Whatever your politics, however, it’s hard to imagine the images Ai captures on the ground not eliciting a deeply emotional response. Rather than simply lecturing, rather than agonising, Human Flow invites you to feel. Ai’s intention is to draw compassion, and in that sense the film is an absolute triumph.

A unique voice takes on a vital issue.

Beautifully filmed testimonies that tear at your soul.

It’s unlikely anyone who can invoke change will see it.