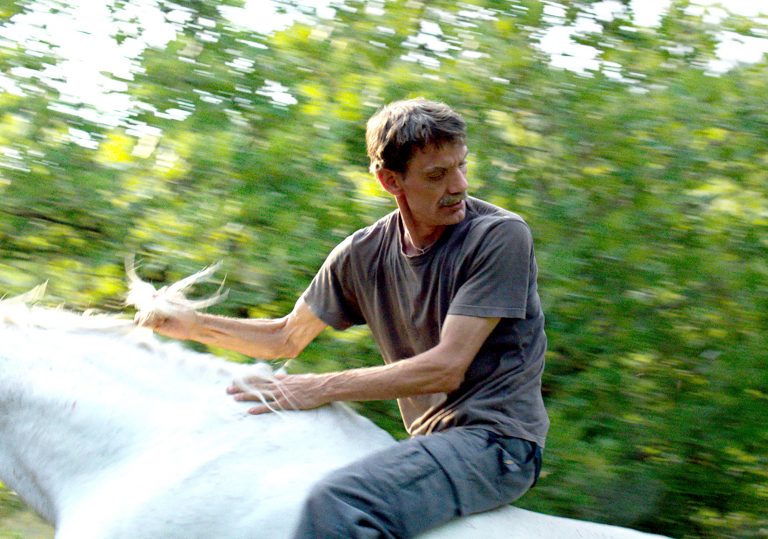 Independent German cinema is on a roll and the tropes of the western are always fascinating.

Boasts a vibrant realism and a humanism that translate into a delicate miracle.

Packed with moments of beauty worthy of classic westerns, and makes you want to be more attentive towards others.

Don’t let that title mislead you: Valeska Grisebach’s third feature is much more than another attempt to modernise that most American of all cinematic traditions. With an honest simplicity this unassuming yet striking film uses the conventions of the genre to tell a Euro-specific story, revealing in the process the eternal power of these formal motifs.

Meinhard (Meinhard Neumann) is a middle-aged construction worker who arrives in the Bulgarian countryside with a team of fellow Germans to alter the landscape. While his colleagues are unashamedly vocal about their disdain for the country they’re visiting, Meinhard doesn’t share their macho patriotism, which Grisebach makes clear through easy, precise framing and editing. A solitary man of the valley, he prefers to observe the natural surroundings with a discreet curiosity. Soon enough, he finds himself mingling with the locals.

The language barrier proves challenging, but it’s also a blessing for this quiet man. Neumann, in his screen debut, responds perfectly to the unintelligible words and evocative behaviour of those around him. John Wayne built a career on his ability to say more with powerful stances than words, and in the same way Meinhard relies on body language to make himself understood.

He finds a childlike pleasure in this more primitive level of communication, where connections between different people seem to materialise organically. When Adrian (Syuleyman Alilov Letifov), a beloved local, offers him a ride one night, Meinhard sees a kindred spirt. Soon, they take on late night construction jobs together, and language becomes less relevant to their friendship.

Yet Grisebach is well aware that what caused conflict between American pilgrims and natives wasn’t language but the desire to own the land. For 21st century Europe, this colonialism is blurrier as borders and economic exchanges are more vague and complex. Grisebach served as script consultant on the 2016’s Toni Erdmann, which, like Western, questions the benefits of German investments for smaller Eastern European countries.

Her own film, however, does so by employing the very concrete route of natural physical elements. Water is the main bone of contention, and the literal cause of conflict. The pristine Bulgarian countryside is tinged with melancholy as the workers start altering the course of the river, just as the virgin soil of classic westerns appears full of broken promises today since modernisation eventually killed off the cowboy way and the American Dream seems like nothing more than that – a dream. A beautiful white horse is also treated like a natural exchange object. Meinhard uses it to better connect with the locals to whom it belongs, but his hateful colleague Vincent (Reinhardt Wetrek) takes it away and disturbs the peace.

A horseless cowboy, neither at home with his compatriots nor fully accepted by the Bulgarian people he loves, Meinhard might be yet another good hearted drifter, belonging nowhere and everywhere at once. The uplifting sensation one gets from witnessing two people understanding and appreciating each other without words, however, remains stronger than the disappointment of irreconcilable differences. In a world divided by economic interests, just the possibility of a more human connection is possible is a precious kind of hope.

Independent German cinema is on a roll and the tropes of the western are always fascinating.

Boasts a vibrant realism and a humanism that translate into a delicate miracle.

Packed with moments of beauty worthy of classic westerns, and makes you want to be more attentive towards others. 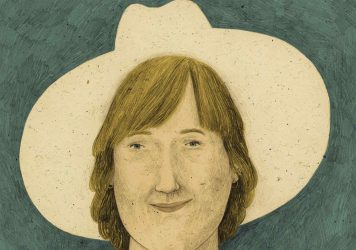 Valeska Grisebach: ‘The western has always been a very exciting genre’

Western is a sensual, rustic drama which pays subtle homage to the classic horse opera, explains its German maker.